Wildfires Are Driving People Out Of Turkish Vacation Spots 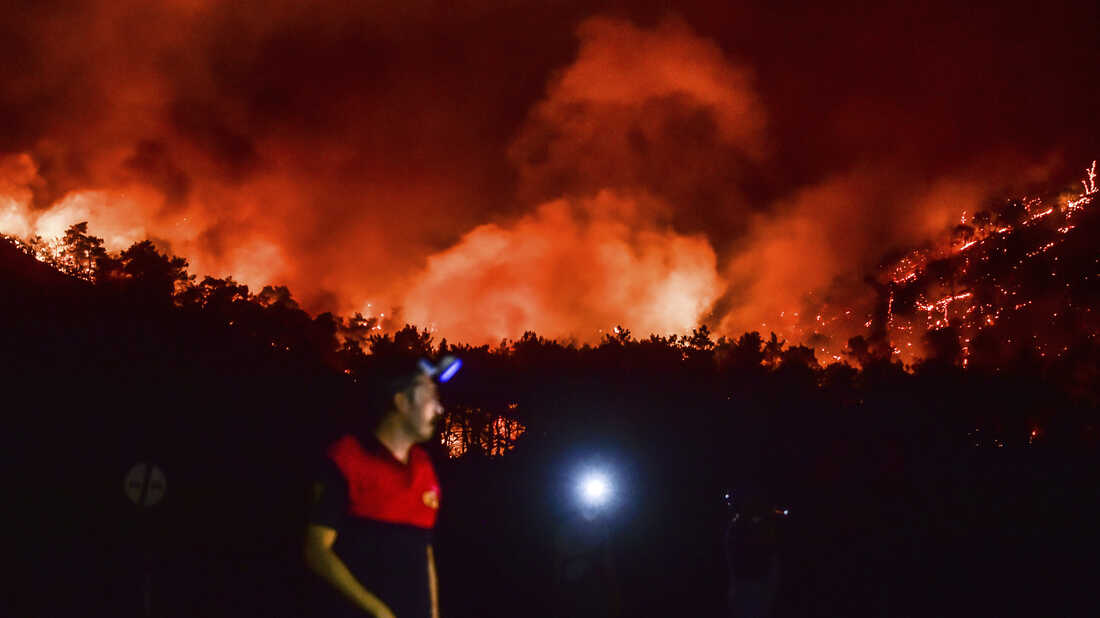 A man leaves as advancing fires rage the Hisaronu area, Turkey on Monday. For the sixth straight day, Turkish firefighters battled the blazes that are tearing through forests near Turkey’s beach destinations.

Turkey’s skies are yellow with smokey haze from wildfires.

Thousands have fled coastal towns, both residents and tourists, to escape the flames that have been blazing on the country’s southern coast for six days. In Mugla province, 10,000 people were evacuated, according to Interior Minister Suleyman Soylu. Some have escaped by car, others by boat. 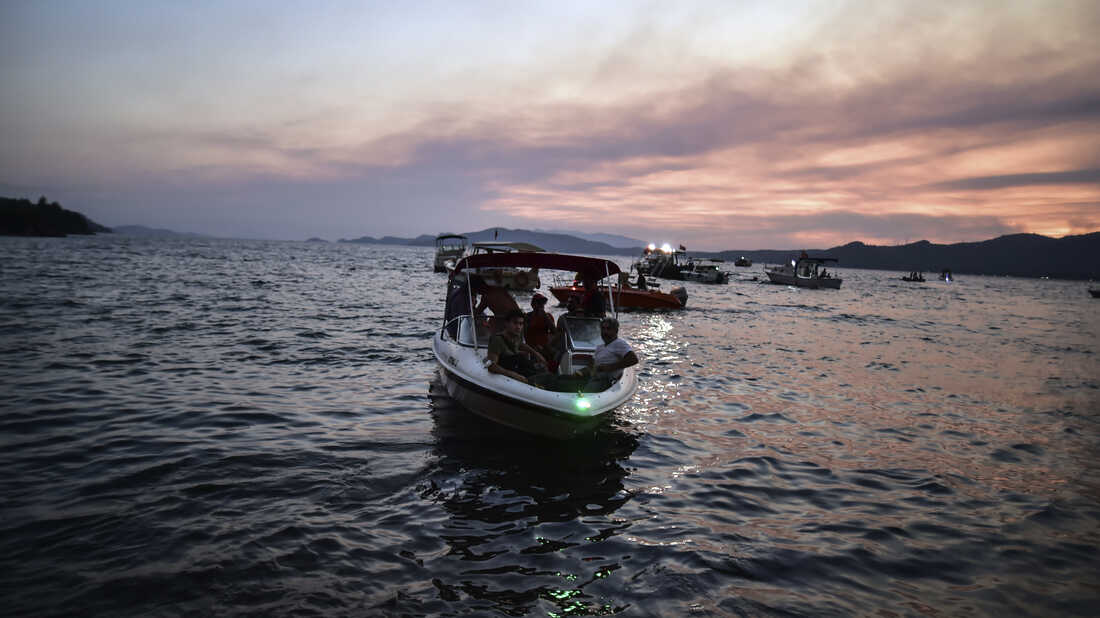 People leave in a boat as advancing fires rage through the village of Hisaronu in Turkey on Monday.

The death toll has risen to eight. 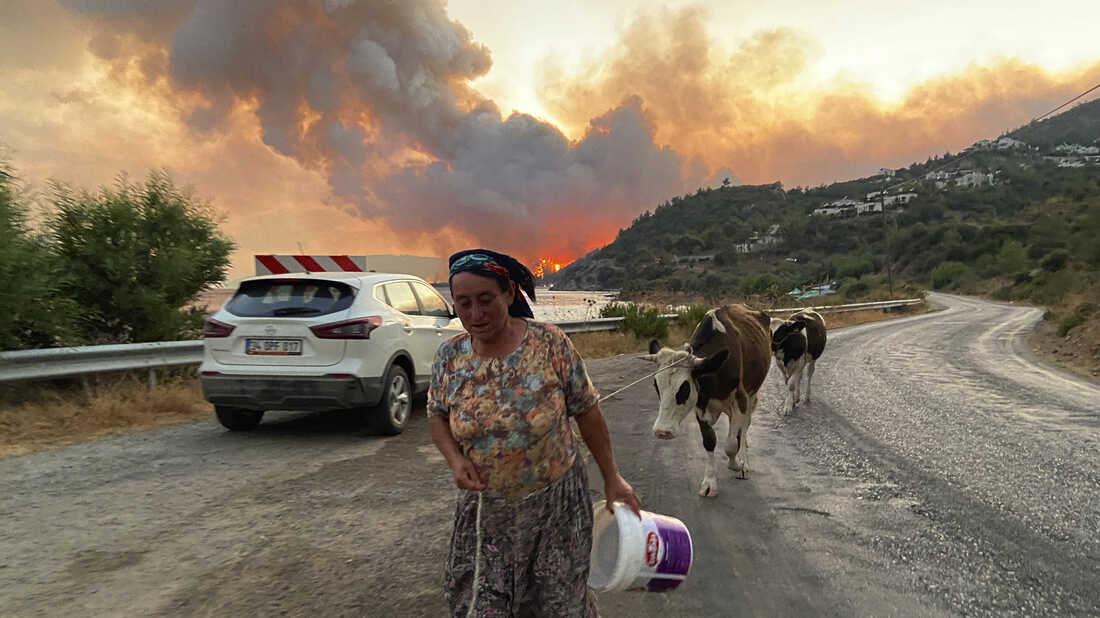 A woman leads her animals away from a fire at Cokertme village, near Bodrum, Turkey, on Monday.

The fires are part of over 100 blazes that broke out across more than 30 Turkish provinces, most of which have been contained or extinguished. Fed by strong winds and high temperatures, experts are pointing to climate change and human accidents as the culprits, although the causes of the fires remain under investigation. Southern Europe currently bakes in a heat wave that has also fed wildfires in Greece and Sicily.

Fighting the flames are locals and planes sent from the European Union, Russia, Ukraine, Croatia, Spain, Iran and Azerbaijan, their crews working in Antalya and Mugla provinces to fight nine fires, and more active fires in the Isparta, Denizli, Izmir and Adana provinces. 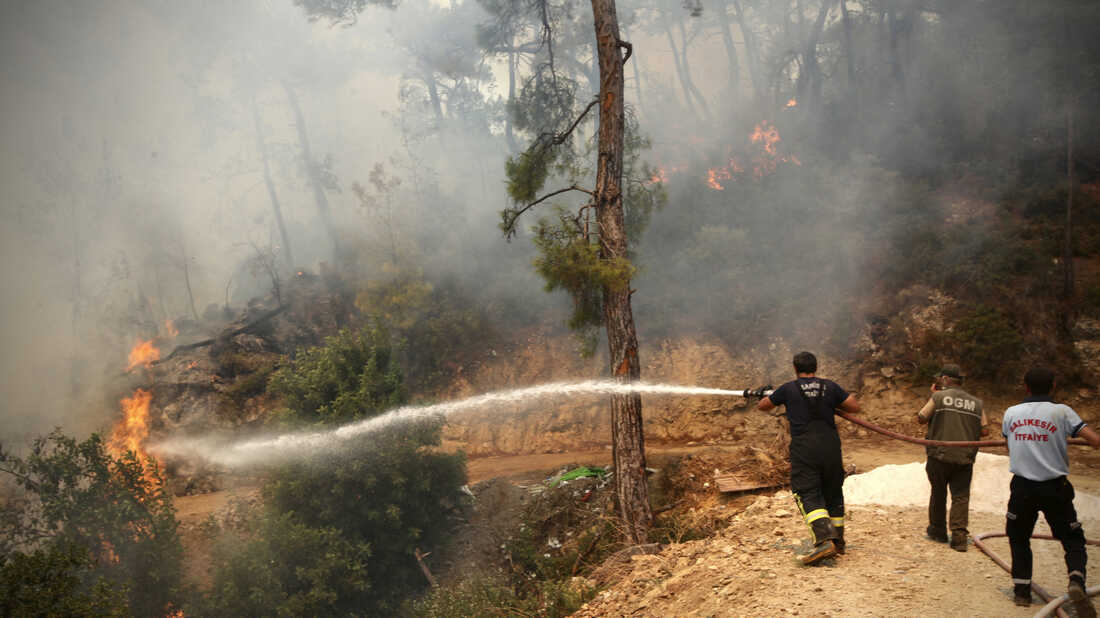 Firefighters work to extinguish an advancing fire, near Bodrum, Turkey, on Monday.

The flames have destroyed farms, homes and forests, and killed livestock. Satellite photos released by Turkey show a blackened coastline that stretches for miles.

“We are going through days when the heat is above 40 Celsius (104 Fahrenheit), where the winds are strong and humidity is extremely low,” Agriculture and Forestry Minister Bekir Pakdemirli said. “We are struggling under such difficult conditions.” 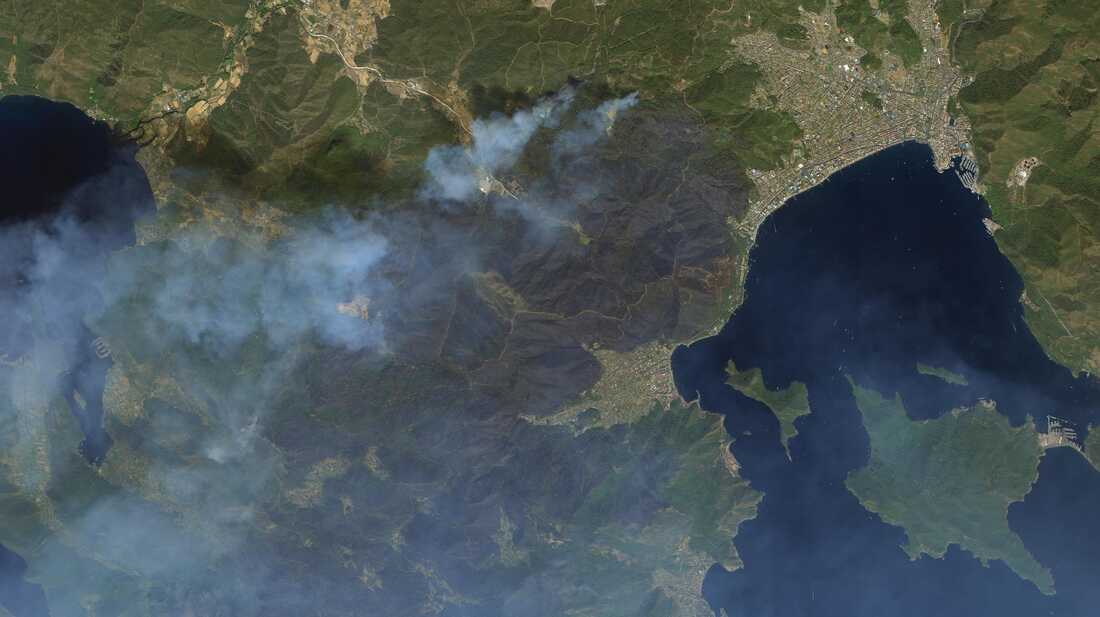 A satellite photo from the Turkish military shows wildfires in Mugla, Turkey, on Sunday.

Josie Fischels is an intern on NPR’s News Desk.