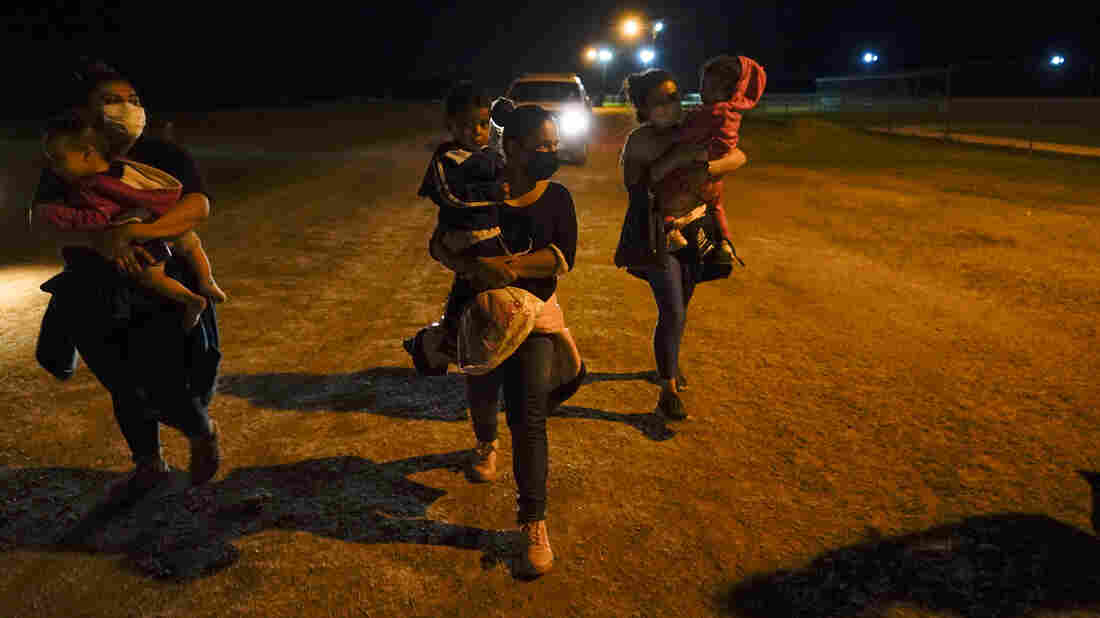 Migrant women carry children in the rain at an intake area after turning themselves in upon crossing the U.S.-Mexico border in La Joya, Texas.

SAN DIEGO — Asylum-seekers whose claims were dismissed or denied under a Trump administration policy that forced them to wait in Mexico for court hearings will be allowed to return for another chance at humanitarian protection, the U.S. Homeland Security Department said Tuesday in a move that could benefit tens of thousands of hopefuls.

Registration will begin Wednesday for asylum-seekers who were subject to the “Remain in Mexico” policy and either had their cases dismissed or denied for failing to appear in court, The Associated Press has learned.

Under that criteria, it is unclear how many people will be eligible to be released into the United States pending a decision on their cases, according to a senior Homeland Security official who spoke on condition of anonymity because the announcement had not been made public.

But Michele Klein Solomon, the International Organization for Migration’s director for North America, Central America and the Caribbean, told the AP that she expected at least 10,000 people. Her organization is working closely with the Biden administration to bring people to the border and ensure they test negative for COVID-19 before being allowed into the country.

The estimate seems low. Syracuse University’s Transactional Records Access Clearinghouse said the move could benefit 34,528 migrants — 27,842 who denied for failing to appear in court and 6,686 whose cases were dismissed. 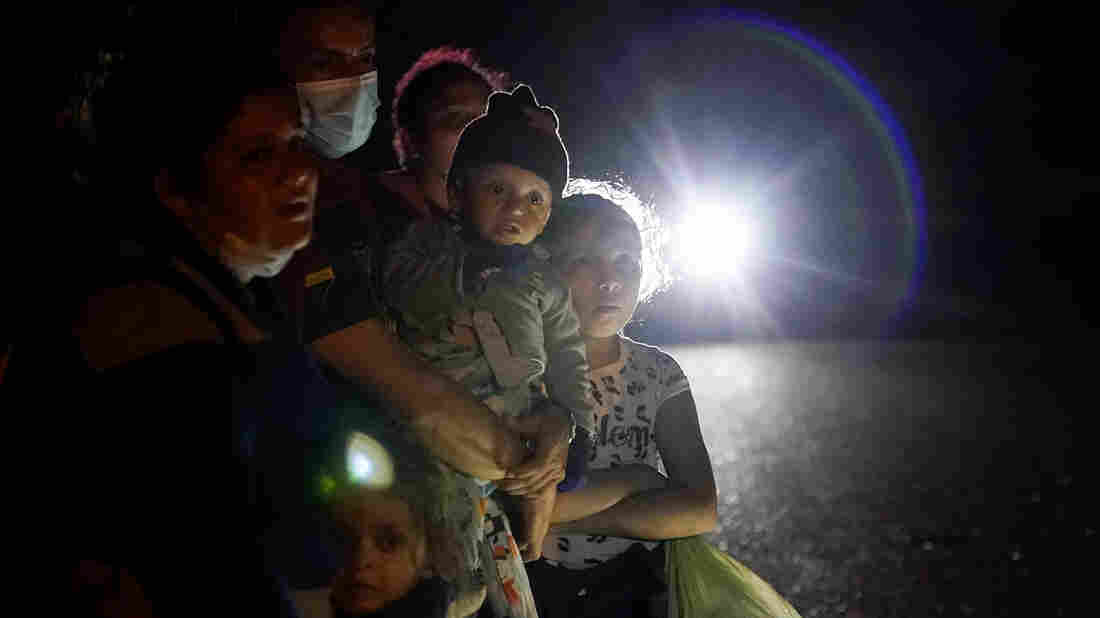 A group of migrants mainly from Honduras and Nicaragua wait along a road after turning themselves in at the U.S.-Mexico border in La Joya, Texas.

Many are believed to have left the Mexican border region, thinking their cases were finished, raising the possibility that they will make the dangerous trek to return. The official said the administration is aware of those dangers and considering bringing people to the United States, like it is doing to reunite families that remain separated years after Trump’s “zero tolerance” policy on illegal border crossings.

The move is another significant effort at redress for Trump policies that Biden administration officials and their allies say were cruel and inhumane and defenders say were extremely effective at discouraging asylum-seekers from coming to the U.S.

President Joe Biden halted the Remain in Mexico policy his first day in office and soon allowed an estimated 26,000 asylum-seekers with active cases to return to the United States while their cases play out, a process that can take years in a court system backlogged with more than 1.3 million cases. More than 12,300 people with active cases have been admitted to the U.S. since February, while others who have registered but not yet entered the country bring the count to about 17,000.

That still leaves out tens of thousands of asylum-seekers whose claims were denied or dismissed under the policy, known officially as “Migrant Protection Protocols.” Advocates have been pressing for months for them to get another chance, but the administration has been silent, leaving them in legal limbo.

Many asylum-seekers whose claims were denied for failure to appear in court say they were kidnapped in Mexico. Others were too sick or afraid to travel to a border crossing in a dangerous city, sometimes with appointments as early as 4:30 a.m. Advocacy group Human Rights First tallied more than 1,500 publicly reported attacks against people subject to the policy.

Difficulty finding attorneys from Mexico meant few had legal representation, contributing to a measly 1.6% grant rate among cases that were decided. U.S. authorities gave asylum-seekers a list of low- or no-cost attorneys, but phones would ring unanswered and messages went unreturned.

The Biden administration has not decided whether to admit people who showed up for court and had their claims denied, the official said. The logic behind the expanded eligibility is to give people who didn’t appear in court another opportunity.

About 6,700 asylum-seekers had cases dismissed, the vast majority in San Diego, often after judges found the government made a mistake in applying the policy or the migrants failed to appear.

In all, about 70,000 asylum-seekers were returned to Mexico under the policy introduced in San Diego in January 2019 and expanded across the border after then-President Donald Trump threatened Mexico with higher tariffs if it didn’t do more to reverse a major spike in border crossings.

The policy was highly effective at deterring asylum claims but widely criticized for exposing asylum-seekers to dangerous conditions in Mexican border cities and violating their rights under domestic law and international agreements, advocates say.

Those who were denied under the policy can register on a website operated by the U.N. refugee agency in collaboration with the International Organization of Migration.

It is unclear where eligible asylum-seekers are but the migration group will work to bring them to the border, Klein Solomon said. The Mexican government has moved many people from the border to other parts of the country, arguing that it was safer to remove them from areas more in the grip of organized crime.

The news was cheered by pro-immigration groups that have denounced Trump’s policies as cruel and inhumane while inviting criticism from more enforcement-minded advocates who say Biden’s policies have encouraged more people to seek asylum.

Eleanor Acer, Human Rights First’s senior director of refugee protection, called it a “welcome step” that would provide access to asylum to people who missed hearings due to kidnappings and other dangers.

Chad Wolf, an acting Homeland Security secretary who oversaw the policy, said giving asylum-seekers another chance after they lost their cases was “absurd.”

“This administration simply refuses to put the American people first when formulating their immigration policy. This is just more evidence,” said Wolf, now a visiting fellow at The Heritage Foundation.

U.S. Customs and Border Protection recorded more than 180,000 encounters on the Mexican border in May, the most since March 2000. But the numbers were boosted by a pandemic-related ban on seeking asylum that encouraged repeat attempts to cross because getting caught carried no legal consequences.

The Biden administration says it is working to build a “humane” asylum system but has released few details.

The United States was by far the most popular destination for asylum-seekers last year, with 250,800 new claims, more than twice as many as Germany, with 102,600 claims, the U.N. refugee agency reported last week. Spain, France and Peru rounded out the top five.