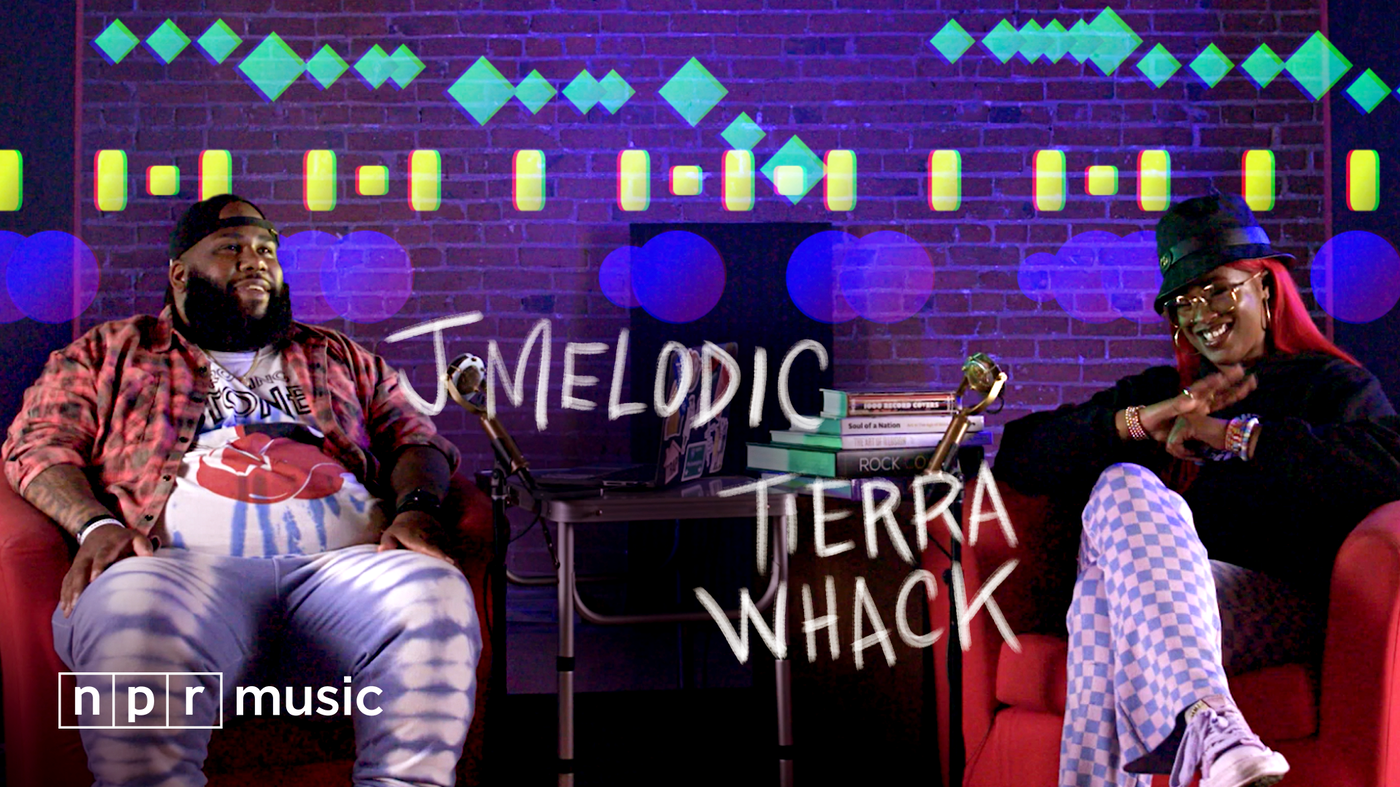 But we don’t always get to peep the kind of collective effort that goes into making her brand of Black girl magic. Scroll down the Soundcloud of her musical timeline — after she’d dropped her Philly-freestyling, cypher-stealing handle Dizzle Dizz and before Whack World shot her into the stratosphere — and you’ll find a treasure chest of early songs that capture her genre-bending eccentricity. The very first joint in particular, posted in February 2015, is a minute-and-a-half long ditty of backwards rapping and shape-shifting called “Color Blind.” And the warm, warbling soundtrack propelling her flow is produced — as the credit reads — “by musty ass J Melodic.”

That’s the kind of cheeky missive one only gets away with dropping on a loved one and it perfectly encapsulates the brotherly-sisterly bond shared between these two Philly natives. Their working relationship is equally intense: Every workday they convene for 12-hour studio sessions and J Melodic programs beats while Tierra admittedly pushes his buttons.

“We always disagree. I don’t know how we work,” Tierra says before J delivers his own deadpan response: “I humble myself and put myself aside to make sure that she’s just comfortable,” he says, cracking Tierra up.

In our final episode of a season focused on the art of collaboration between rappers and producers, we traveled to their hometown to find out how Tierra and J truly click behind the scenes. Over seven years, they’ve made hundreds of songs together. And the world has been fortunate enough to hear a handful of the hottest, including “Pretty Ugly,” one of two songs Melodic produced on Whack World. But that routine hasn’t dimmed their drive to innovate, as they shared one of their latest forays into uncharted terrain with us, an unreleased song The Formula is fortunate to premiere. It’s titled “Heaven” and it feels like a kind of gospel salve custom made for the pandemic.

In the process of breaking down both songs, Tierra and J reveal how they push each other to the point of inspiration with their creative give-and-take. ‘Cause patience is a virtue, but provocation is too. —Rodney Carmichael

ABOUT SEASON 2 OF THE FORMULA

In this season of The Formula we sit down with some of hip-hop’s rising and most respected artist-producer duos as they dissect songs emblematic of their collective body of work — be it an album, an era or a moment in rhyme. Because the true stamp of a timeless collab comes when both musicians at play find themselves forever transformed by the mix. Find new episodes at npr.org/theformula: