The U.S. and Russia are talking, and Ukraine’s fate hangs in the balance 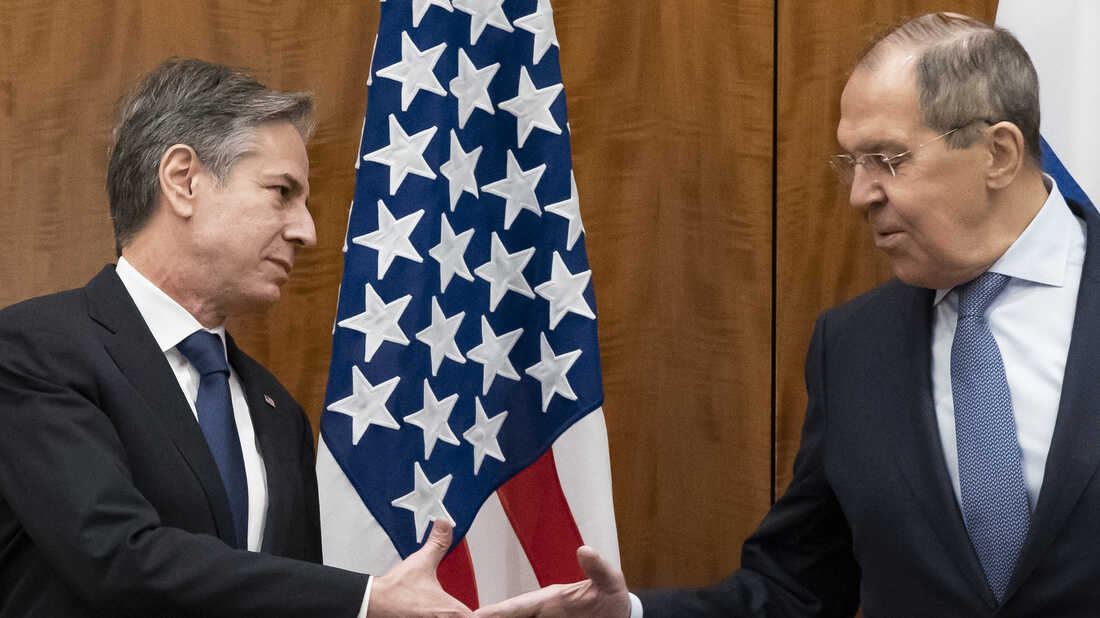 No breakthroughs, but an agreement to keep talking.

That’s the upshot from a meeting between U.S. Secretary of State Antony Blinken and his Kremlin counterpart in Switzerland — the latest in a series of high-level talks that the Biden administration hopes will stave off a possible Russian invasion of Ukraine.

At a news conference following his 1.5-hour-long face-to-face with Russian Foreign Minister Sergey Lavrov in Geneva, Blinken described the discussion as “frank and substantive,” saying, “We didn’t expect any major breakthroughs to happen today, but I believe we are now on a clear path in terms of understanding each other’s concerns and each other’s positions.”

Blinken said he’d made clear the position of the U.S. and its allies, which is to “stand firmly with Ukraine in support of its sovereignty and territorial integrity.”

Russia, with an estimated 100,000 troops poised for a possible move across the border into Ukraine, is demanding written guarantees that Kyiv will never be allowed to join NATO. The Kremlin has repeatedly denied that it has any plans to invade.

The U.S. has been equally adamant that Ukraine should make its own decision on whether to join the alliance formed in 1949, originally as a bulwark against Soviet expansion in Western Europe.

“If any Russian military forces move across Ukraine’s border, that’s a renewed invasion,” Blinken said in an apparent reference to the Kremlin’s 2014 occupation and annexation of Crimea. Military action would “be met with swift, severe, and a united response from the United States and our partners and allies,” he added.

The U.S. envoy also acknowledged that Russian provocations short of invasion, including cyberattacks and paramilitary tactics, would also be met with a “decisive, calibrated, and again, united response.”

The door is open for more talks

Even so, Blinken left the door open to addressing Russia’s “security concerns” and said that he and Lavrov “also talked about the way forward.”

“I told him that following the consultations that we’ll have in the coming days with allies and partners, we anticipate that we will be able to share with Russia our concerns and ideas in more detail and in writing next week,” Blinken said. “And we agreed to further discussions after that. We agreed as well that further diplomatic discussions would be the preferable way forward, but again, it is really up to Russia to decide which path it will pursue.”

Lavrov said the two diplomats “ended up with an agreement that we will receive written responses to all our proposals next week.”

Blinken and Lavrov started Friday’s discussion with a handshake before sitting down to talks at the Hotel President Wilson in Geneva, with both parties acknowledging that a breakthrough was unlikely.

The U.S. envoy arrived in Switzerland after meetings in Berlin with several NATO allies to try to shore up support for sanctions and present a united front against Russia. In his remarks in Germany, Blinken said that Russian President Vladimir Putin faced a simple but stark choice: “dialogue and diplomacy on the one hand; conflict and consequences on the other hand.”

Blinken’s efforts follow remarks by President Biden earlier this week that have muddied the waters. Speaking on Wednesday, Biden said he thought the Kremlin “will move” against Ukraine resulting in a “disaster for Russia.” But he also suggested that anything short of a full invasion would leave the U.S. and its European allies in a quandary as to how to respond.

“I think what you’re going to see is that Russia will be held accountable if it invades,” Biden said. “And it depends on what it does. It’s one thing if it’s a minor incursion and then we end up having a fight about what to do and not do.”

The White House has spent the last few days trying to clean up Biden’s remarks. While the dilemma they reflect is obvious, stating that dilemma publicly could send the wrong signal to Moscow. In any case, Biden’s comments sparked a response from Ukraine’s president, Volodymyr Zelenskyy, who in a tweet on Thursday said: “We want to remind the great powers that there are no minor incursions and small nations.”

On Wednesday, the U.S. announced that it was providing $200 million in additional military aid to Ukraine that had been approved in December to help the country defend itself against a possible invasion.

Since 2014, when Russia occupied and annexed Crimea and began providing material support to separatists in Ukraine’s east, the U.S. has stepped up military aid to Kyiv.

Russia would likely have an upper hand in conflict against Ukraine

Ukraine’s military is considered formidable, with considerable battlefield experience in the separatist eastern Donbass region, where at least 14,000 people have been killed in nearly eight years of fighting, according to Kyiv. 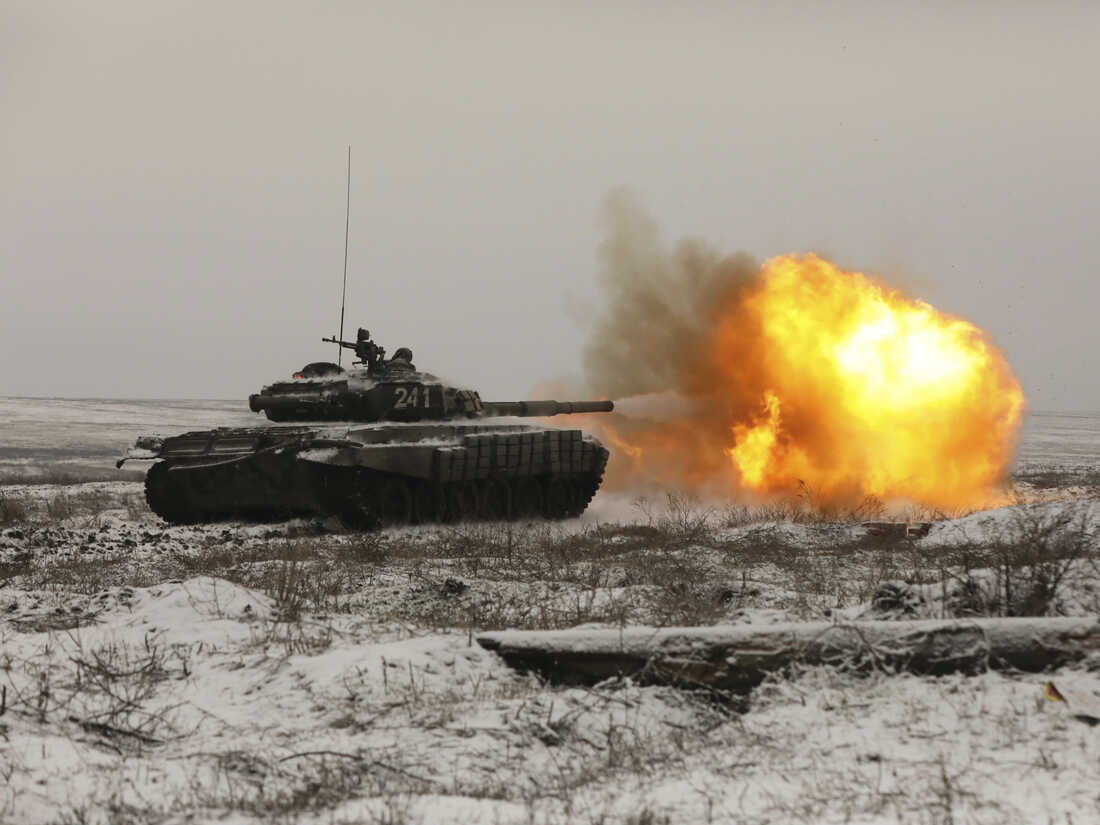 A Russian tank T-72B3 fires as troops take part in drills at the Kadamovskiy firing range in the Rostov region in southern Russia earlier this month.

However, Russia’s much larger and more modern army would likely have the upper hand in any military scenario. Its troops at the border are also likely to be backed by heavy artillery and an updated version of Russia’s venerable T-72 tank.

The Russian advantage in armor has made Kyiv especially keen to get its hands on U.S.-made Javelin anti-tank missiles — a request that Washington has obliged.

In 2018, Ukraine’s request for the Javelin missiles figured prominently in a telephone call between Zelenskyy and then-President Donald Trump that led to Trump’s first impeachment.