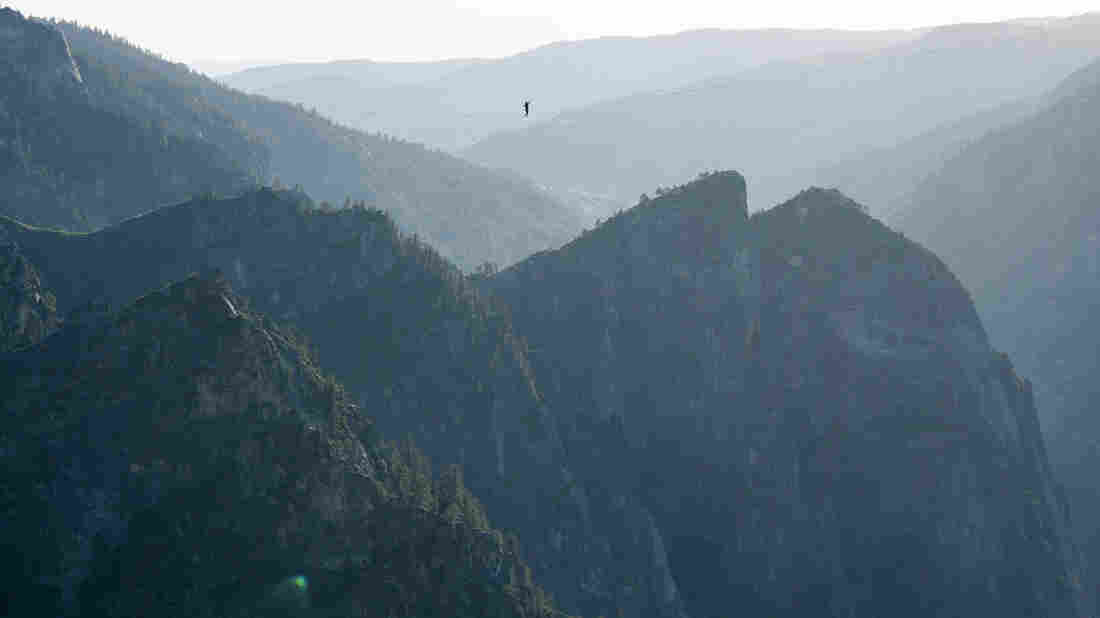 Moises Monterrubio walks a highline 1,600 feet in the air in Yosemite in June. The line stretched 2,800 feet, setting a record for Yosemite and California.

Two brothers living in San Francisco led a group that set a record this month for the longest highline walked in California.

The nylon line — about an inch or two wide and a few millimeters thick — stretched across 2,800 feet in Yosemite National Park, from Taft Point across gullies to an old tree on another outcropping nicknamed “Your Mom.”

Stepping out onto the line presented stunning views — and a drop of some 1,600 feet.

Moises Monterrubio, 26, and Daniel Monterrubio, 23, led a group of friends and collaborators who spent six days stringing the line across the complex terrain below, which involved rappelling from cliffs and hanging a thousand feet in the air.

“The dangerous part was actually getting the line across, not walking the line itself,” Daniel tells All Things Considered. 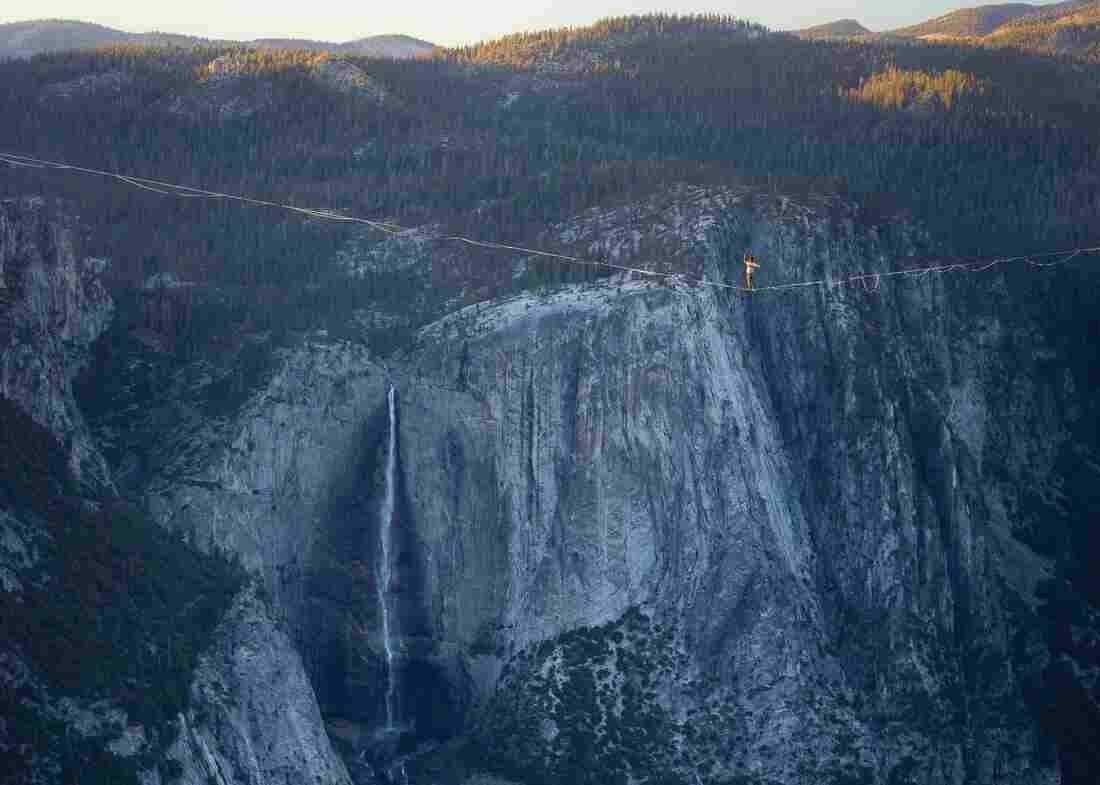 Moises Monterrubio walks the line. Highlining is not like a tightrope, as the line dips down significantly.

Daniel was the first one to walk the line on June 10, followed by Moises. They each fell during their first tries, but they were wearing safety harnesses, as most highliners do.

Highlining is different from walking a tightrope. It’s a type of slacklining, so part of the challenge is to maintain your balance as the line dips and moves from side to side. 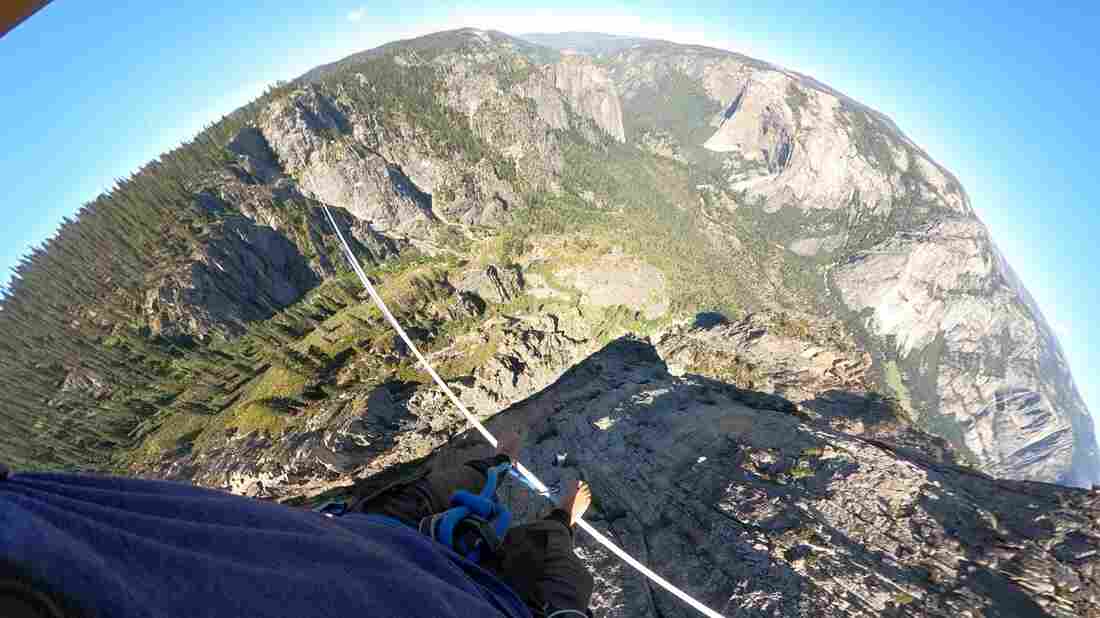 The view from Moises Monterrubio’s GoPro camera as he walks across the line.

Others in the group took turns walking the gap over four days, according to the San Francisco Chronicle. Moises and another member of the group, Eugen Cepoi, both were able to make it across without falling. The brothers say they got approval from the park to string up their line. 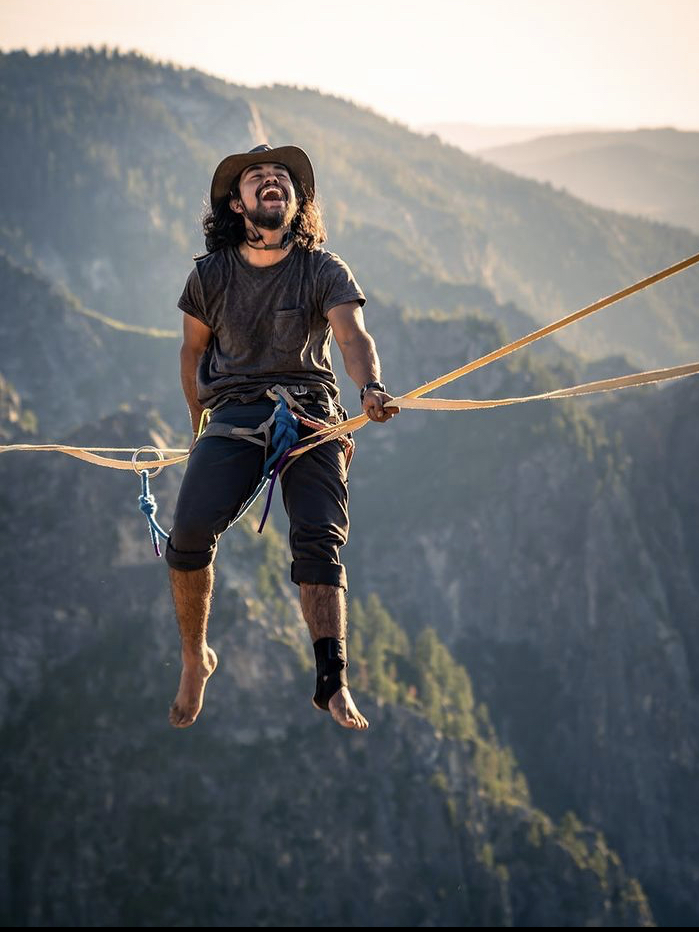 Daniel, pictured after walking across the gap for the first time.

At its center, the Monterrubios’ line dipped as much as 180 feet down. The dip makes it essentially an uphill climb once you reach halfway along the line.

And at 2,800 feet long, it’s almost three times as long as a previous longest line in Yosemite. The International Slackline Association tells NPR it is the record for the longest in Yosemite and in California.

The brothers say they didn’t set out to make a record, but were inspired by their history with the location.

“Taft Point in Yosemite is very special to us because that’s where we walked our first true highline,” Daniel says. That was just two years ago, and the line stretched only about 100 feet. “It’s been a gap that we’ve talked about for a while,” he says.

“It’s not like we try to go for a record,” Moises says. “We just see something that could be turned into something beautiful, like a project. And then we just imagine a line across and we don’t think about records or anything. We just say, like, ‘OK, this would be a cool project.'”

The brothers say they one day hope to break the record highline length for the U.S. — some 3,200 feet. But that’s not the main goal. 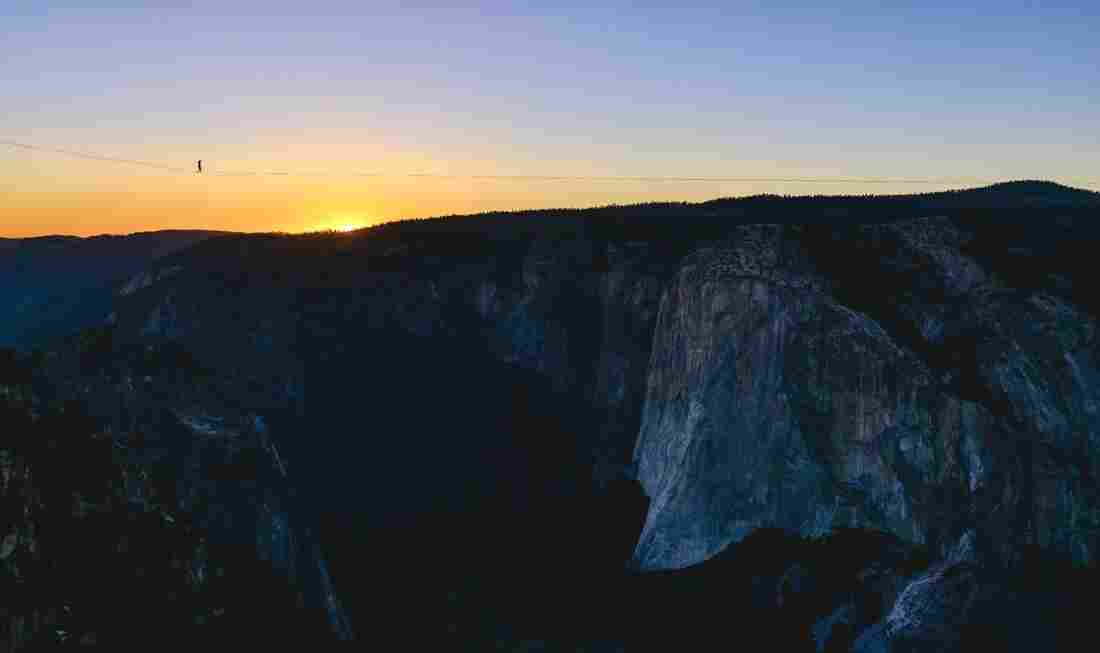