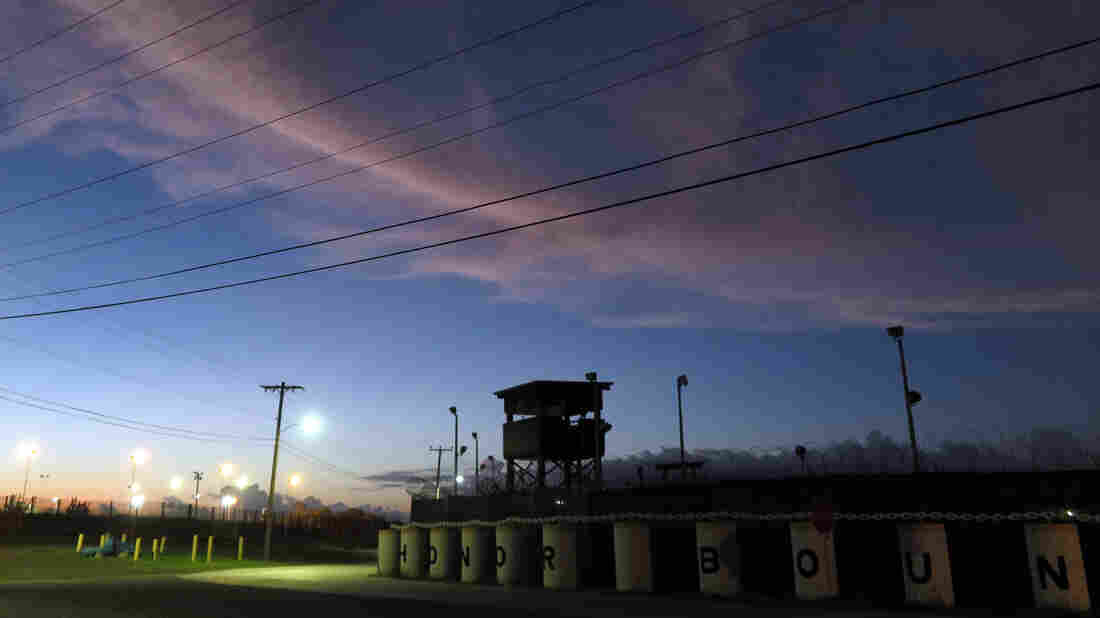 In a letter to the White House, 24 senators said the U.S. military prison at Guantánamo Bay, Cuba “has damaged America’s reputation, fueled anti-Muslim bigotry, and weakened the United States’ ability to counter terrorism and fight for human rights and the rule of law around the world.”

Calling the U.S. military prison in Guantánamo Bay, Cuba, a “symbol of lawlessness and human rights abuses,” two dozen U.S. senators are urging President Biden to shut it down quickly and find new homes for the 40 men remaining there. Many of the detainees have been confined at Guantánamo for nearly two decades without being tried or charged, and some have been cleared for release but are still being held.

In a letter sent to Biden on Friday and reviewed by NPR, Senate Judiciary Committee Chairman Dick Durbin and 23 of his Democratic-voting colleagues outlined immediate steps they believe the administration should take to close the secretive, deteriorating island detention facility. Among them:

The senators said in the letter that Guantánamo “has damaged America’s reputation, fueled anti-Muslim bigotry, and weakened the United States’ ability to counter terrorism and fight for human rights and the rule of law around the world.” As a result, they wrote, “it is past time” to shutter the prison, which opened in 2002, and “end indefinite detention.”

Biden’s likelihood of success at closing Guantánamo is unclear. His efforts are applauded by human rights groups but criticized by several Senate Republicans, who say releasing the prisoners would endanger the country. Former President Barack Obama never fulfilled his pledge to shut down Guantánamo due to vehement Republican opposition.

In their letter, the senators described Guantánamo’s military court, which has finalized only one conviction in almost 20 years, as “thoroughly failed and discredited.” The court has been perpetually problem-plagued, and legal proceedings there have been at a virtual standstill since February 2020 when the pandemic drastically limited access to the island.

Guantánamo’s highest-profile legal matter — the 9/11 death penalty case involving five defendants — has not gone to trial even though the 20th anniversary of the attacks is fast approaching, and at this point few Guantánamo lawyers believe it ever will. The case has repeatedly been delayed by ongoing setbacks, including a sort of musical chairs of judges, one of whom quit last fall after two weeks on the job.

To date, according to an NPR investigation, Guantánamo’s military court and prison have cost the U.S. more than $6 billion, money the senators called “wasted taxpayer dollars.”

The 24 lawmakers — 23 Democrats and one independent — who signed the letter include Sens. Cory Booker of New Jersey, Kirsten Gillibrand of New York, Mazie Hirono of Hawaii, Amy Klobuchar of Minnesota, Patrick Leahy and Bernie Sanders of Vermont, Dianne Feinstein and Alex Padilla of California, and Ed Markey and Elizabeth Warren of Massachusetts. The letter was also sent to Defense Secretary Lloyd Austin, Secretary of State Antony Blinken and Attorney General Merrick Garland.

In February, the White House said it would review Guantánamo’s prison with the goal of closing it permanently but provided few details. A National Security Council spokesperson said the review would involve the NSC, Congress and the departments of Defense, State and Justice.

Meanwhile, many of the prisoners are aging, as well as weakened by their past CIA torture. And in a rare development in December, a “forever prisoner” who has been held at Guantánamo for more than 18 years despite never being criminally charged was cleared for release after a parole-like board concluded he is no longer a significant threat to the United States. However, it is unclear when he may leave Guantánamo and where he would go, because his home country of Yemen is in a state of collapse.

And Guantánamo’s facilities are rapidly decaying. Earlier this month, alleged 9/11 mastermind Khalid Sheikh Mohammed and other so-called high-value detainees were moved from a crumbling secret detention facility to a main prison area, a move the military said would cut expenses.

In recent years, about 1,800 troops — mostly National Guard members — have overseen Guantánamo’s 40 remaining detainees, costing an estimated $13 million per prisoner per year. That guard force now numbers about 1,500. Almost 800 detainees have passed through the prison since it opened in the aftermath of the Sept. 11 attacks.