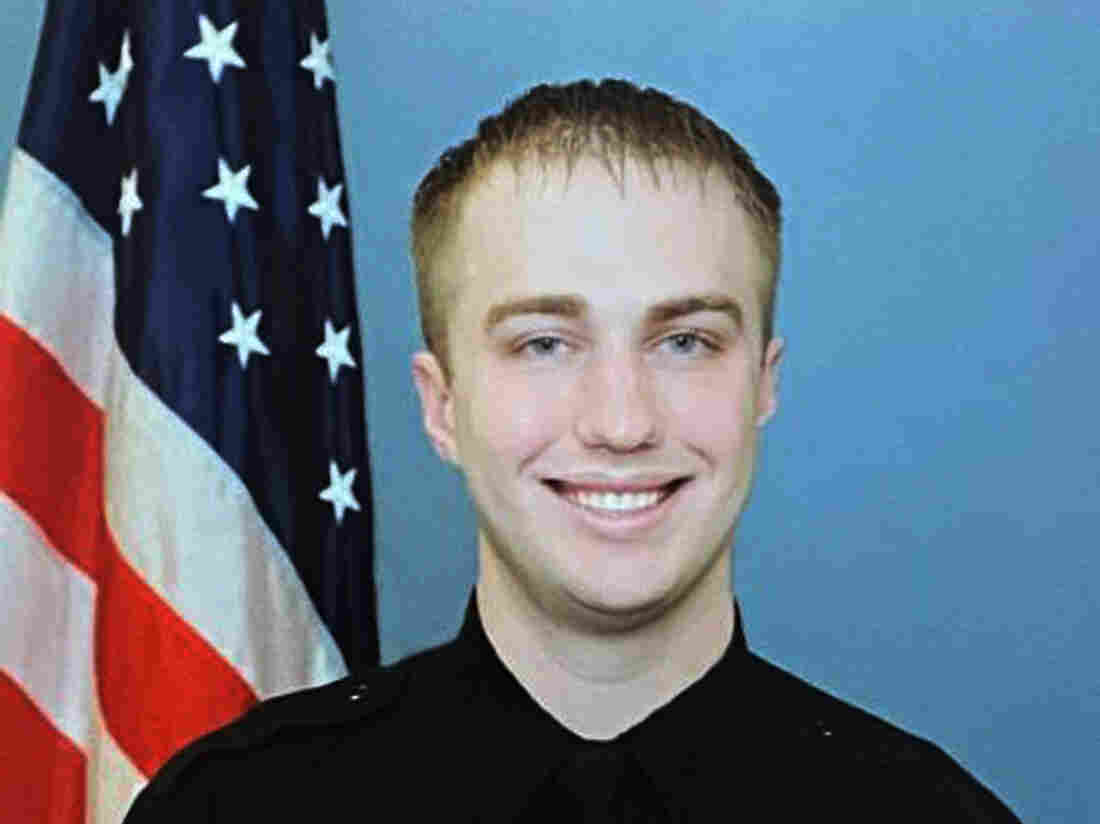 Kenosha Police Chief Daniel Miskinis said Tuesday that Officer Rusten Sheskey”was found to have been acting within policy and will not be subjected to discipline,” following a review of the August 2020 incident in which Sheskey shot Jacob Blake.

Wisconsin Department of Justice via AP

Wisconsin Department of Justice via AP

Kenosha, Wis., Police said Tuesday that Rusten Sheskey, the police officer who shot Jacob Blake last summer, has been found to have acted within the law and department policy.

In August 2020, Sheskey fired seven shots at close range at the back of Blake, a Black man, as Blake walked away from the officer and toward the parked vehicle where two of his young children were sitting. Six of those shots struck Blake, who was left paralyzed. The incident touched off major protests in the Wisconsin city.

Chief Daniel Miskinis said the use of force incident had been investigated by an outside agency and reviewed by independent experts. The Kenosha County District Attorney’s Office announced in January that no charges would be brought against Sheskey.

“He acted within the law and was consistent with training,” Chief Miskinis said in a statement Tuesday. “This incident was also reviewed internally. Officer Sheskey was found to have been acting within policy and will not be subjected to discipline.”

Sheskey is now back on the job, having returned from administrative leave on March 31, Miskinis said.

Miskinis said he recognizes that “some will not be pleased with the outcome; however, given the facts, the only lawful and appropriate decision was made.”

Blake filed an excessive force lawsuit against Sheskey in March.