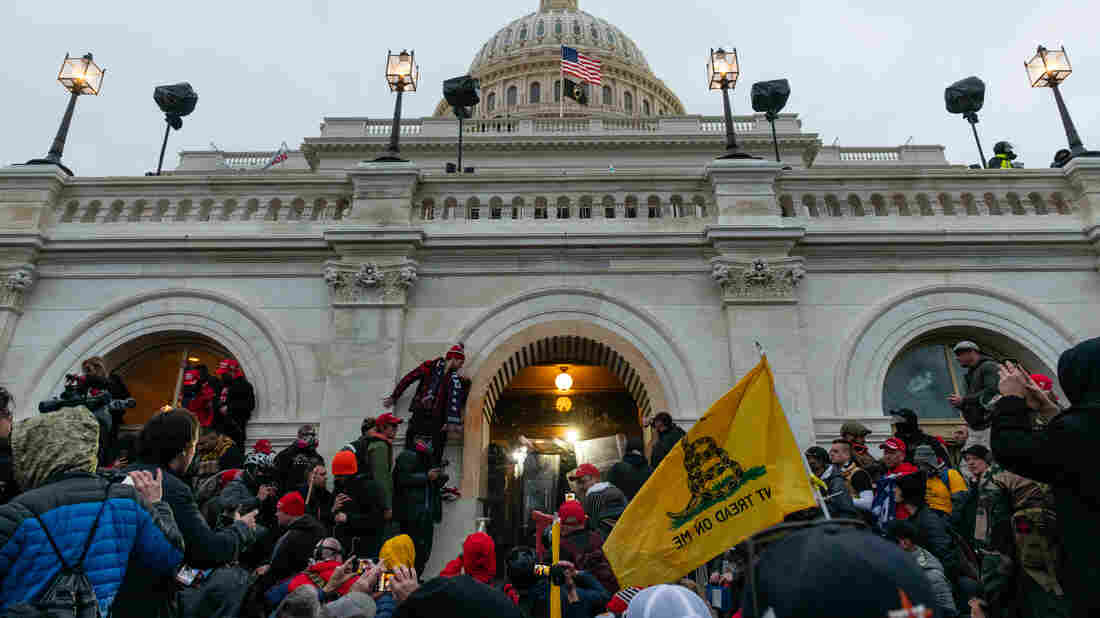 Rioters clash with law enforcement as they attempt to enter the U.S. Capitol building on Jan. 6.

A heavy metal musician and founding member of the Oath Keepers extremist group pleaded guilty Friday to charges connected to the storming of the U.S. Capitol and agreed to cooperate with investigators — a first in the massive probe into the deadly Jan. 6 assault.

Jon Schaffer, a guitarist and songwriter for the heavy metal band Iced Earth, entered his plea during a hearing in federal court in Washington, D.C. The plea agreement, which comes 100 days after a mob of Trump supporters violently overran the Capitol, marks a significant step for prosecutors in the case.

In his plea deal, Schaffer acknowledged that on Jan. 6 he was among the first people to force their way through police lines and into the Capitol. He also acknowledged wearing a tactical vest and carrying bear spray as he did so.

“Are you pleading guilty, Mr. Schaffer, because you are in fact guilty, sir?” Mehta asked.

It is unclear what Schaffer may be able to tell investigators, but authorities are working to understand what exactly transpired on Jan. 6 and whether it was an organized and coordinated assault.

The FBI is closely scrutinizing the Oath Keepers and Proud Boys as they seek to answer that question.

Prosecutors have brought conspiracy charges against both groups in connection with Jan. 6. The biggest of those cases so far is against a dozen members or associates of the Oath Keepers who are accused to coordinating their actions on Jan. 6 to try to disrupt the certification of the Electoral College count.

Schaffer was arrested in mid-January after turning himself in to the FBI in Indiana. He’s been in government custody since then.

The two charges against him carry a maximum sentence of 20 years and 10 years, respectively, although Judge Mehta said that — in light of the plea agreement — Schaffer is facing from 3 1/2 to four years under sentencing guidelines.

No sentencing date has been set.