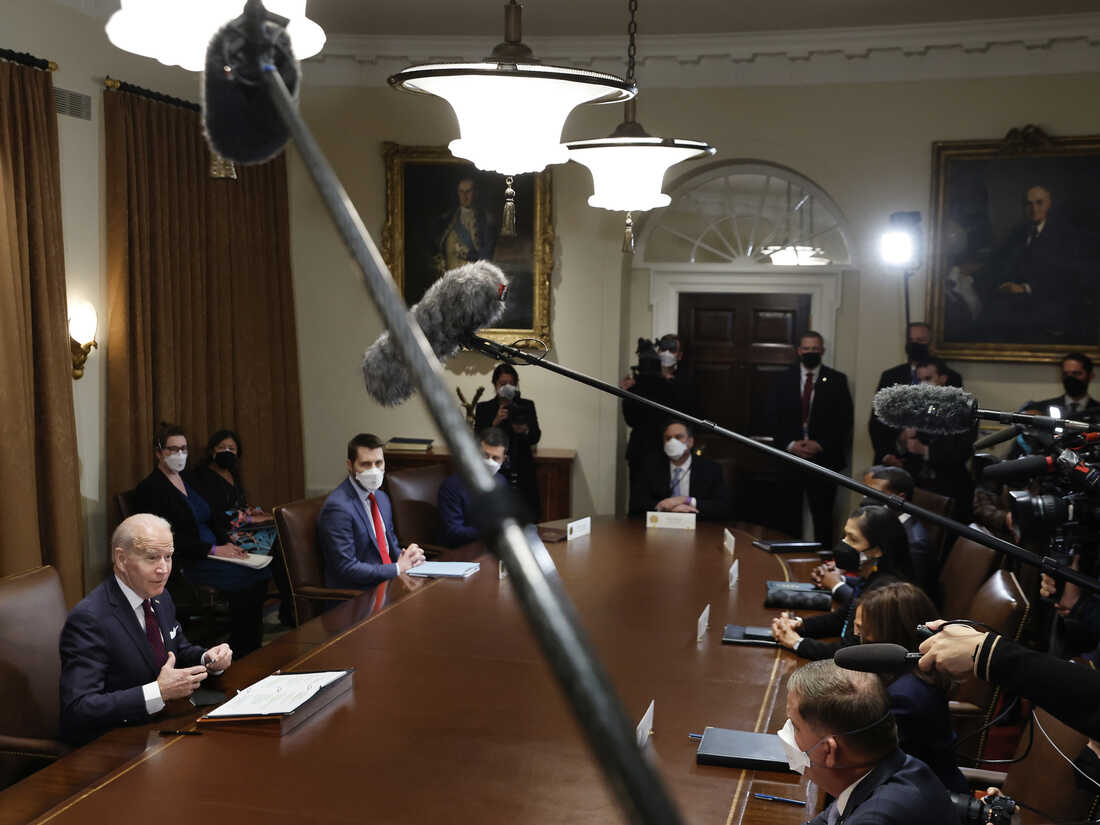 President Biden planned to talk about infrastructure on the anniversary of his inauguration. But first, he had to clean up some comments he had made about Russia and Ukraine.

President Biden and his White House on Thursday tried to clean up comments he made about Russia during a lengthy news conference the previous day.

On Wednesday, Biden had predicted Russia would invade Ukraine, but suggested there was a split among NATO members about how to respond if Moscow took action that stopped short of sending its troops across the border — something Biden referred to as a “minor incursion.” He said:

“I think what you’re going to see is that Russia will be held accountable if it invades. And it depends on what it does. It’s one thing if it’s a minor incursion and then we end up having a fight about what to do and not do.”

The president’s unusually frank comments came at a delicate time. U.S. and European officials are working to find a diplomatic way to end tensions after months of Russian troop movements around the Russia-Ukraine border.

They immediately raised alarms at home — and overseas. Ukrainian President Volodymyr Zelenskyy said on Twitter that there was no such thing as “minor incursions.”

Shortly after Biden wrapped up his press conference, his press secretary Jen Psaki issued a statement trying to explain what he meant:

“If any Russian military forces move across the Ukrainian border, that’s a renewed invasion, and it will be met with a swift, severe, and united response from the United States and our allies.”

She said that “aggression short of military action” like cyberattacks and paramilitary hits “will be met with a decisive, reciprocal, and united response.”

Then Biden offered his own clarification

On Thursday morning, the president began an unrelated infrastructure event seeking to fix the fallout and clarify his stance.

“If any — any — assembled Russian units move across the Ukrainian border, that is an invasion,” Biden said, adding that it would result in a “severe and coordinated economic response” that he has discussed with allies.

“Let there be no doubt at all that if [Russian President Vladimir] Putin makes this choice, Russia will pay a heavy price,” the president said. But he also said the United States needed to be prepared for other scenarios beyond overt military tactics, such as paramilitary operations or cyber attacks.

White House officials talked to Ukraine and others 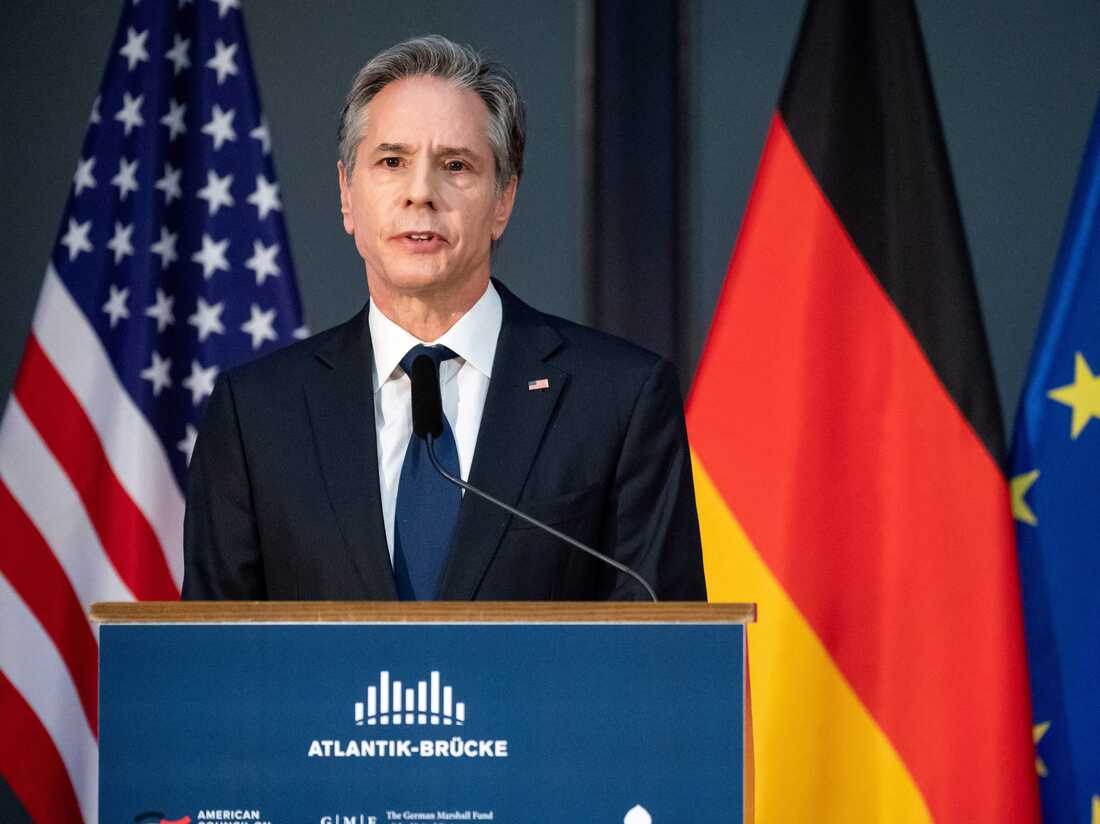 Secretary of State Antony Blinken was in Berlin, meeting with allies. He plans to meet with Russian Foreign Minister Sergei Lavrov on Friday.

Biden’s national security adviser Jake Sullivan spoke about the situation with top officials from nine allies on NATO’s eastern flank, and his counterpart in Japan, the White House said.

Meanwhile, Secretary of State Antony Blinken — who is slated to meet with Russian Foreign Minister Sergei Lavrov on Friday — spoke with allies in Berlin.

“We have been in touch at a high level with Ukrainian officials and leaders,” Psaki told reporters at the White House on Thursday.

It’s not clear how the U.S. would respond to a paramilitary or cyber hit

Psaki confirmed during Thursday’s press briefing that paramilitary and cyber attacks would be considered “minor incursions” and said “we need to be prepared for a range of scenarios, and we have a range of tools and tactics at our disposal.”

She insisted the White House’s intention was not to diminish the efforts of previous administrations to treat cyberwarfare as a threat that is as dangerous as physical military invasions — though she would not say what kind of response a Russian cyber hit would receive.

Psaki downplayed the specter of a NATO split:

“On NATO, what he was conveying is that we have been focused in ensuring that we remain united with NATO. Now united doesn’t mean that everything will be identical — it means we’re united in taking action should they decide to invade.”

Will Biden talk to Putin again?

During his press conference, Biden was asked whether he was considering another summit with Putin to find a diplomatic solution. “Yes,” Biden replied. “I think that is a possibility.”

Washington has repeatedly warned Russia not to invade Ukraine. Biden spoke with Putin twice last month in the hopes of deescalating the situation.

Psaki said she had nothing to predict about further calls or meetings. “I expect when Secretary Blinken comes back, they’ll discuss with the national security team what the right next steps are,” she said.