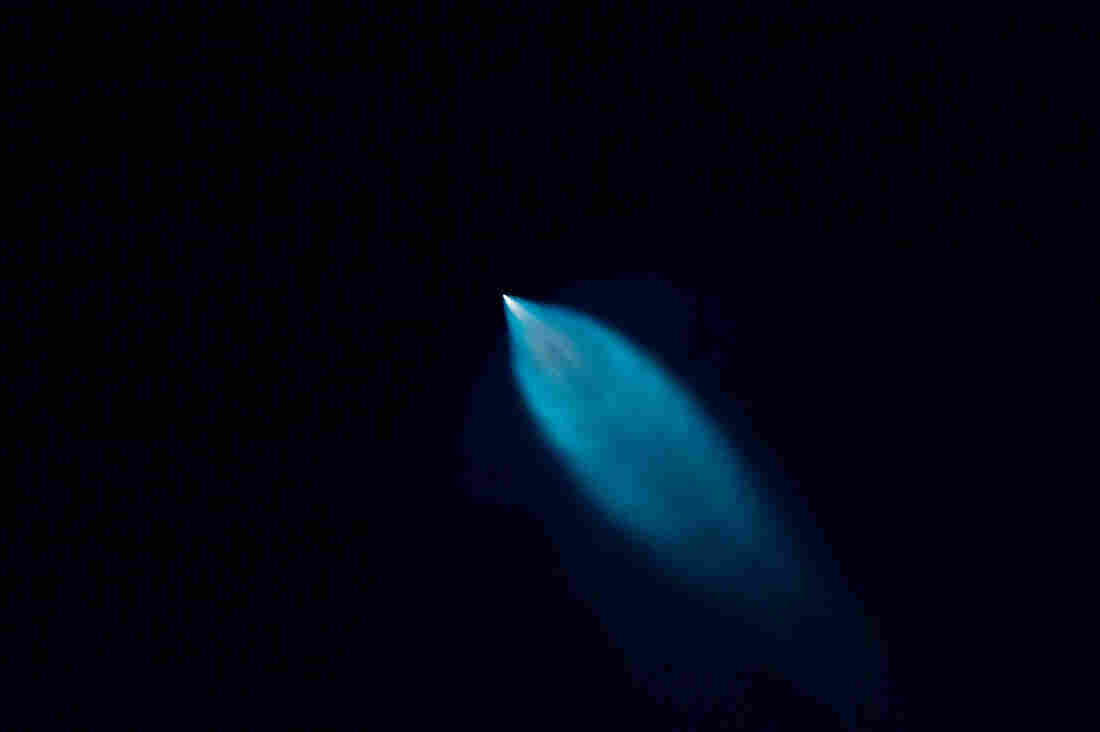 Joshua Guirguis saw a vapor tracer race across the sky in Marlton, N.J.

Swaths of East Coasters who looked up at the night sky on Sunday were treated to a light show, courtesy of NASA’s Black Brant XII rocket. And they’ve got the pictures to prove it.

The rocket launched at 8:44 p.m. ET from the Wallops Flight Facility in Virginia. But it was the “vapor tracers” that it released into the atmosphere that most spectators glimpsed shooting across the sky. 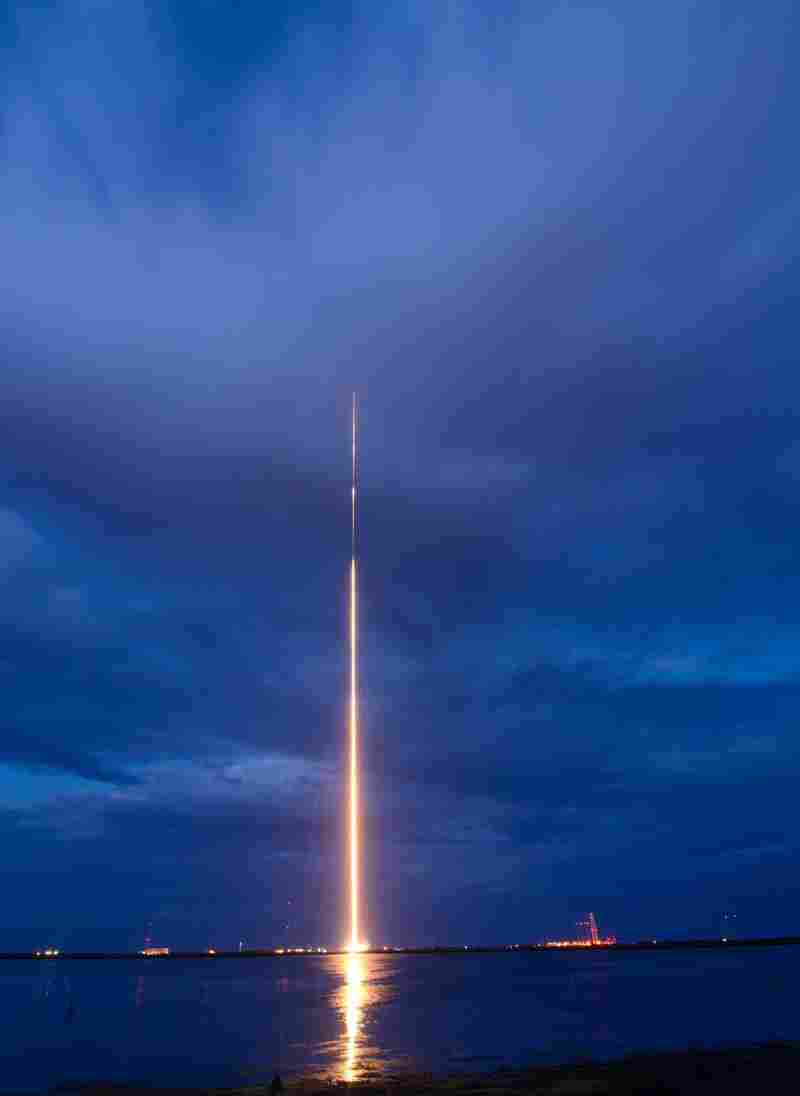 Francis Murphy was in Assawoman, Va., across the bay from the NASA Wallops Flight Facility, when he caught the launch of the KiNET-X mission.

On Twitter, those who captured the event shared photos of the wispy, phantom-like vapors trailing across the Atlantic Ocean in response to NASA’s tweet announcing lift-off. Others saw clouds glowing bright green or violet — a short-lived effect that occurs when the barium vapor ionizes as it is exposed to sunlight (though the violet sightings are rare, the space agency says, because the human eye can’t see the color very well in darkness.)

The purpose of the mission? To explore energy transfer in space. NASA uses the vapor tracers to track the movements of winds and ions in the upper atmosphere.

The aerial show could be visible along most of the Eastern U.S., stretching from the Atlantic coast to the Mississippi River, and in Bermuda, said NASA.

The sounding rocket ejected the vapor about 10 minutes into the flight at an altitude of over 200 miles, giving the bright hues just a half-minute window of viewing time.

Several people watching under Bermuda’s clear skies caught some of the sharpest photos of the neon green glares.