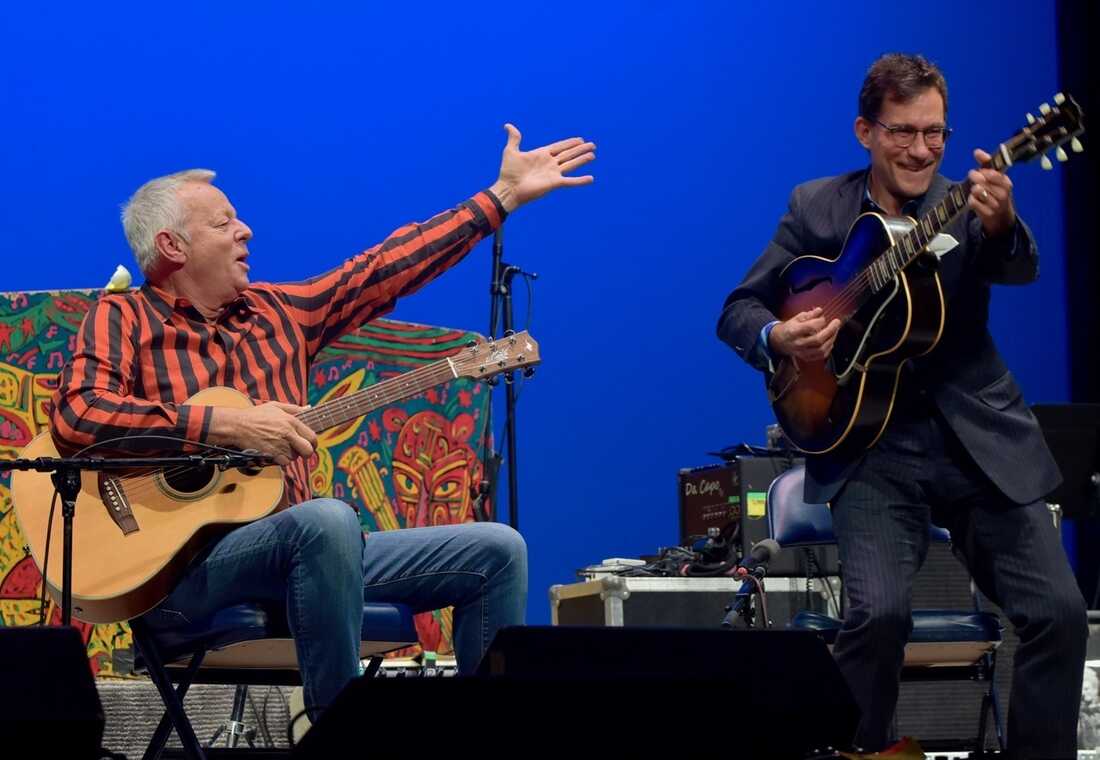 “Frank Vignola is one of the most extraordinary guitarists performing before the public today,” says Mountain Stage host Kathy Mattea, introducing a stunning guitarist she’d met some years prior at a concert in Italy.

For the past six years, Vignola has toured as one-half of a guitar duo with Vinny Raniolo, with whom he was set to perform on the Mountain Stage — but Raniolo was called away unexpectedly. Thankfully, Vignola had an ace up his sleeve.

“I brought a newcomer to introduce you to, he is a fabulous guitarist I heard a few weeks ago, and he’s got a really bright future ahead of him,” Vignola said, baiting the audience with a wink. “I would love to introduce you to Tommy Emmanuel. Thank you, Tommy, for stepping up.”

The long-time friends and guitar virtuosos, who first collaborated in 2009 with their iconic recording Just Between Frets, began their set with the classic “If I Had You,” then joyously riffed and romped their way through five more before concluding. The duo expertly traded increasingly complex licks, with Edgar Sampson’s “Stompin’ at the Savoy,” and perfectly-matched twin-guitar harmony runs throughout Django Reinhardt‘s “Swing 42.”

“Yes, soak in that love,” Mattea says near the end. “That’s just a little something they threw together this afternoon when Vinny couldn’t make it. That’s just how they roll.”