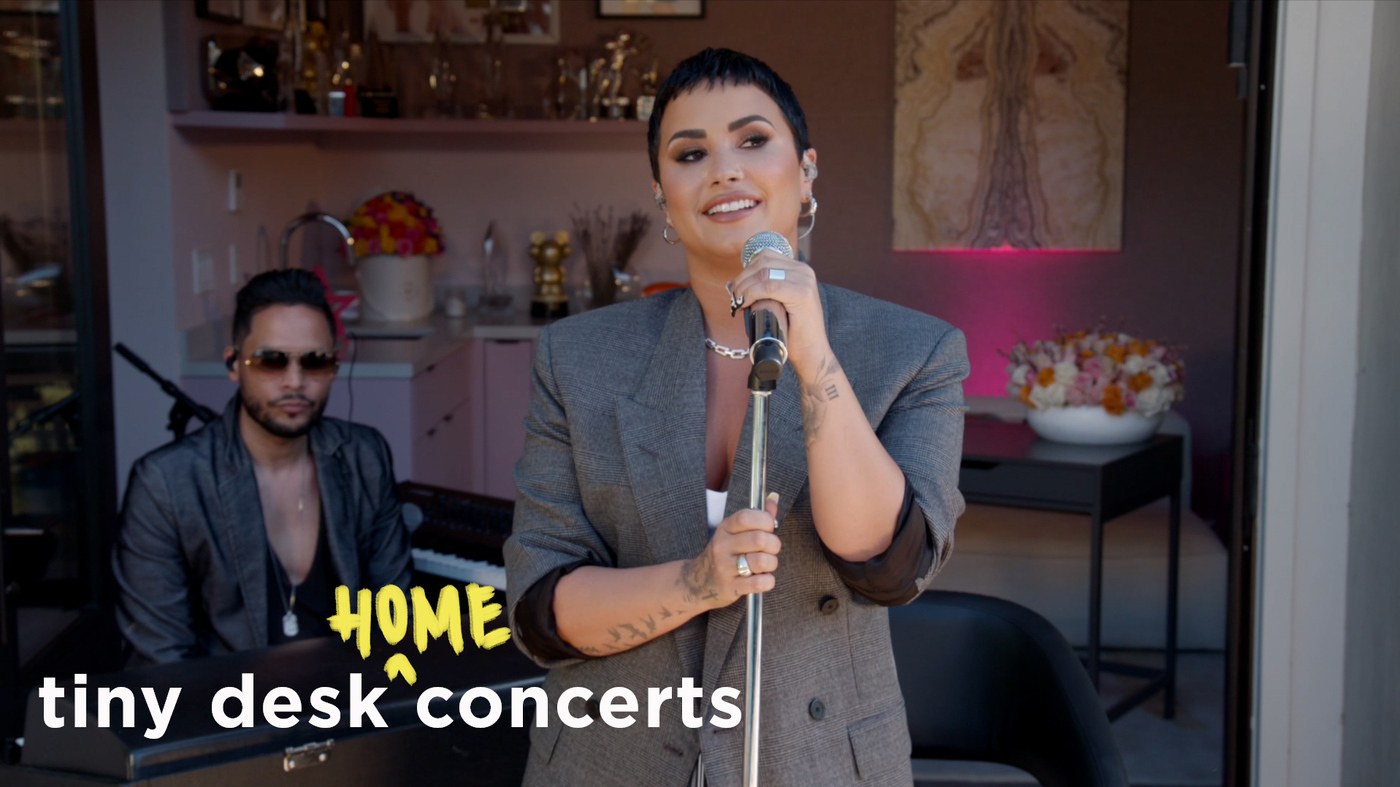 A few years ago, some of us on the NPR Music team stumbled upon a copy of Demi Lovato‘s 2013 book, Staying Strong: 365 Days A Year. Reading Lovato’s heartfelt daily reflections became a workday habit; her transparency and vulnerability made us ardent admirers who wanted nothing but the very best for Demi.

We made it our mission to get Demi to the Tiny Desk, and though the pandemic had other plans, Lovato’s Tiny Desk (home) concert was worth the wait. Recorded on a sunny spring day in her Los Angeles backyard, Lovato begins with a moving rendition of “Tell Me You Love Me” from her 2017 record of the same name, accompanied by subtle, sparse keys. She continues her set with the title tracks from her recently-released studio album, Dancing With The Devil…The Art Of Starting Over. On both tracks, Lovato’s voice feels stabilizing and grounding; there’s a sense of clarity and purpose in its power.

When interviewed by NPR’s Ailsa Chang back in 2017, Demi Lovato said, “I think I’ve lived a lot of life.” Through both her struggles and successes, Lovato’s shown all sides of herself – the confident and unapologetic star, but also the complexities of recovery – inviting us on her journey in a deeply personal way. Her intimate (home) concert feels like a natural extension of that sincerity.