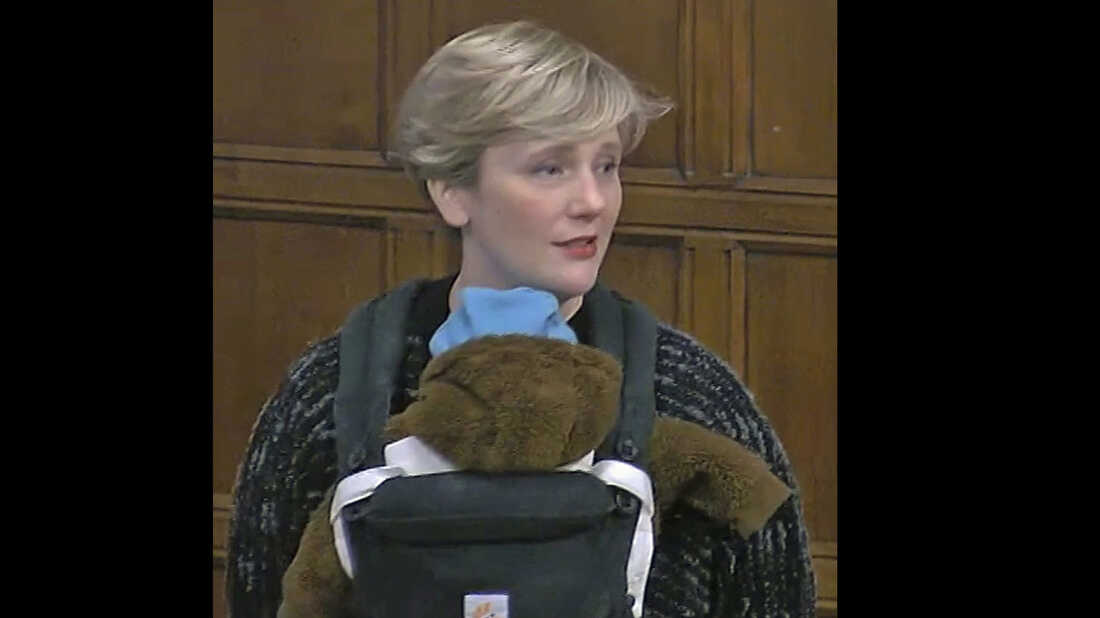 Labour member of Parliament Stella Creasy carries her son, Pip, during a Westminster Hall debate in Parliament, London, on Tuesday, in a screen grab from House of Commons TV.

House of Commons/PA via AP

House of Commons/PA via AP

LONDON — Several British politicians demanded a change in parliamentary rules on Wednesday after a lawmaker was told she couldn’t bring her 3-month-old baby into the House of Commons.

Labour Party legislator Stella Creasy said she had received a letter from Commons authorities after she took her son Pip to a debate.

She said she had previously taken both Pip and her older daughter to Parliament without problems, but had been told the rules had changed in September. Members of Parliament are now advised that they “should not take your seat in the chamber when accompanied by your child.”

Creasy said the rule undermined efforts to make politics more family-friendly.
“There are barriers to getting mums involved in politics, and I think that damages our political debate,” she told the BBC.

Deputy Prime Minister Dominic Raab, a Conservative, said he has “a lot of sympathy” for Creasy, but said the decision is for the House authorities to make.

“I think we do need to make sure our profession is brought into the modern world, the 21st century, and can allow parents to juggle the jobs they do with the family time that they need.” Raab said.

House of Commons Speaker Lindsay Hoyle said he had asked Parliament’s procedure committee to review the rules, and noted that there were “differing views on this matter.”

“The advice given yesterday … correctly reflects the current rules. However, rules have to be seen in context and they change with the times,” he said.

“It is extremely important that parents of babies and young children are able to participate fully in the work of this House.”