‘An Embarrassing Time’: The Challenges For Arab Nations That Made Peace With Israel 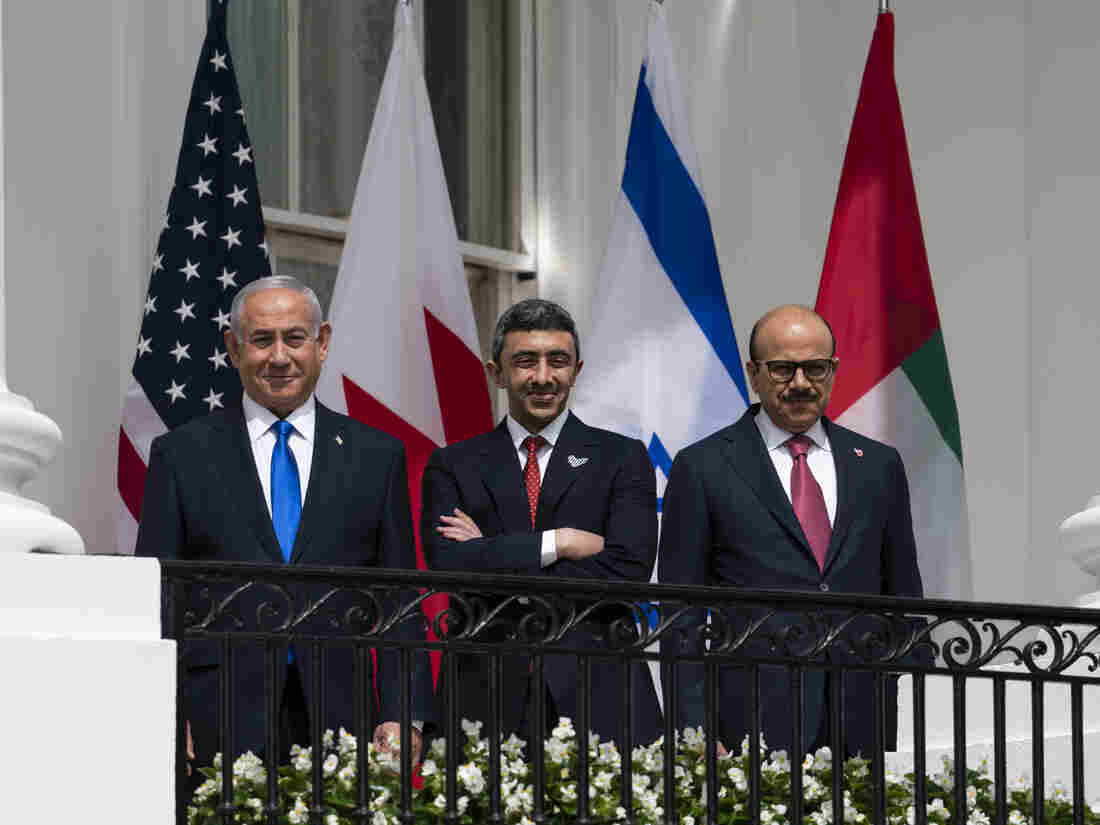 BEIRUT — As fighting has escalated between Israel and Hamas this month, the conflict is being watched closely in the region — especially by Arab countries that opened relations with Israel last year.

While many Middle Eastern governments have kept with tradition in fiercely condemning Israel, the leader of the United Arab Emirates, Khalifa bin Zayed Al Nahyan, has made no public comment at all. After Israeli police charged the Al-Aqsa mosque compound in Jerusalem last weekend, the UAE foreign ministry delicately asked Israel to simply “prevent practices that violate the sanctity” of the mosque.

The UAE had also made an earlier call for Israel to end clashes in Jerusalem, saying it was concerned over “acts of violence committed by right-wing extremist groups in the occupied East Jerusalem.”

But overall, criticism has been limited. The muted response reflects a new reality in the Middle East, in which the UAE and other governments that normalized relations with Israel — Morocco, Sudan and Bahrain — are now walking a diplomatic tightrope between their relationship with Tel Aviv and their own citizens.

“What we saw at the beginning was almost an attempt to try to ignore the situation,” says Bessma Momani, a professor of political science and Gulf expert at Canada’s Waterloo University.

Even now, news of the fighting between Israel and Hamas — which has killed more than 100 Palestinians, including 31 children, according to officials in Gaza, and seven people in Israel — is almost totally absent in UAE state-run newspapers.

“Neither the leader nor the foreign minister nor the major newspapers have really covered much of the death and destruction that’s happened in Gaza,” says Momani.

Bahrain, Morocco and Sudan all condemned the clashes around the Al-Aqsa mosque but have said little about the situation in Gaza.

Egypt’s foreign ministry offered to Israel to act as mediator but had not heard back earlier this week, its foreign minister reportedly told an emergency Arab League meeting. Egypt and Jordan share a cold peace with Israel, but most other countries in the Middle East refuse relations with Israel as long as Palestinians don’t have independence.

So the UAE caused a splash last year when it signed the Abraham Accords, backed by the Trump administration, to normalize ties.

Palestinian leaders opposed the UAE and other deals, saying they wanted countries in the region to avoid agreements with Israel until Palestinians have a state or a peace agreement. But the UAE argued it could use its relationship with Israel to help the Palestinians.

Momani says the current violence shows the weakness of this justification.

“This is an embarrassing time for Gulf countries,” she says. “They’re clearly not able to dissuade the Israelis from attacking Gaza. I think they’re unable to really have influence on Israeli politics at the moment. It makes them, I think, look weak in front of their public. Ultimately, they gave Israel a normalization deal, but didn’t really extract anything for the Palestinians.”

The UAE response to the fighting in Israel and Gaza is at odds with the attitudes of some of the country’s citizens, who have been vocal on social media in their support of the Palestinians. But Abdulkhaleq Abdulla, a political scientist at the United Arab Emirates University in Abu Dhabi, says there is not enough popular criticism to make the government change its stance toward Israel, which has opened the door to tourism and commercial opportunities.

“This decision is a long-term decision and strategic thinking,” he says. “And this escalation, and as awkward as it feels for the UAE and the other Abrahamic border countries, I don’t think is going to have a profound impact.”

Nonetheless, for many Arab states, the violence in Gaza and Israel — the most intense since the 2014 war in Gaza — marks a test of the limits of this détente.

Saudi Arabia did not sign the Abraham Accords, but has been quietly building its own relationship with Israel. Last year, Israeli Prime Minister Benjamin Netanyahu made a historic visit to Saudi Arabia.

But the Saudi royal family has to be careful. The country’s powerful clerical structure deeply opposes Israel. The images of Israeli police firing tear gas bombs into the central hall of the Al-Aqsa mosque, Islam’s third-holiest site after Mecca and Medina, will very likely force a slowing of any move into diplomatic relations with Tel Aviv, political analysts say.

There could also be a wider regional impact. Recent months have seen a flurry of diplomatic activity addressing Saudi Arabia’s longstanding rivalry with its regional opponent, Iran. But now, Iran — whose leaders characterized the UAE deal with Israel as a “dagger that was unjustly struck by the UAE in the backs of the Palestinian people and all Muslims” — has criticized Arab states that are not loudly standing with the Palestinians in this round of violence.

Abdulla says it’s unlikely the fighting between Israel and the Palestinians will derail these regional talks.

But the situation certainly adds an extra burden to the tentative discussions.