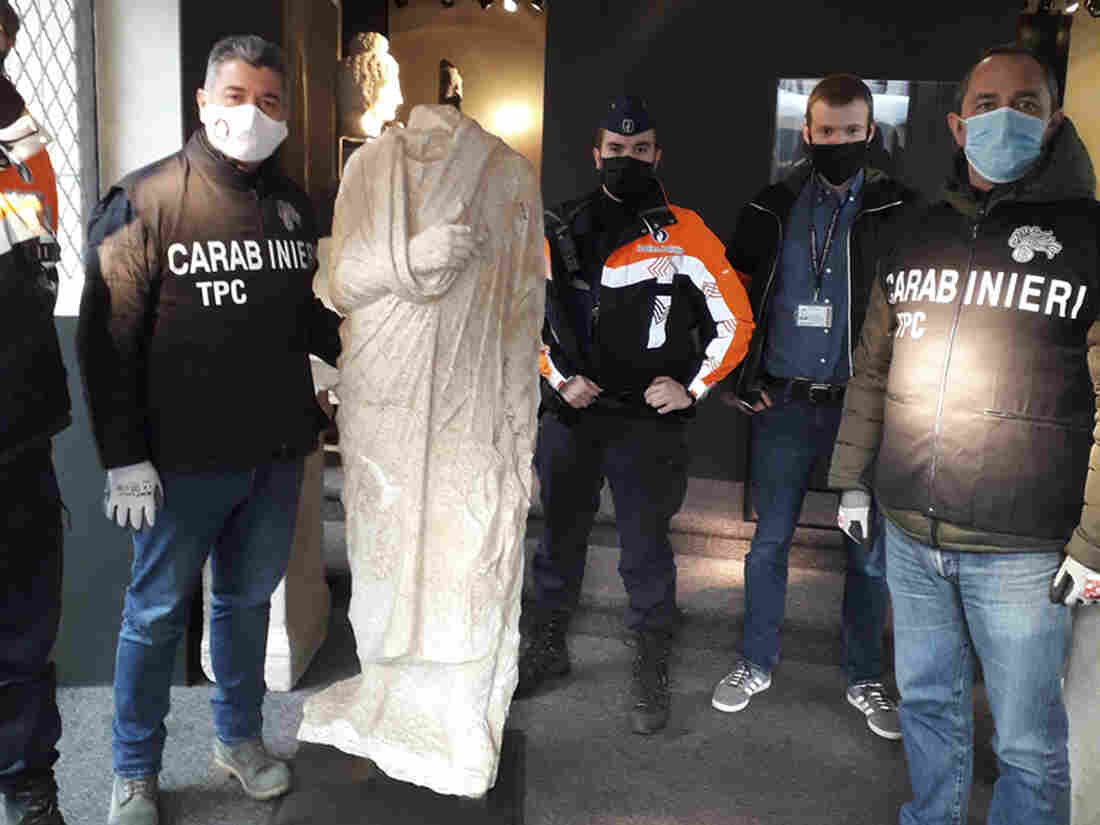 Italian art police recovered a 1st century Roman statue that had been looted from an archaeological site nearly a decade ago after off-duty officers spotted it in an antique shop in Belgium, Italian authorities said this week.

The Carabinieri Command for the Protection of Cultural Heritage (TPC) said in a statement that two of its officers, on assignment in Brussels, had been browsing a neighborhood of antique shops after work when they came upon a marble statue that struck them as suspicious. The headless, toga-draped figure appeared to be of Italian origin, and bore the signature damage of excavation tools.

Upon their return to Italy, the officers cross-referenced their photographs with a database of stolen cultural assets, which confirmed their hunch: The statue had been stolen in November 2011 from the Villa Marini Dettina archaeological site, on the outskirts of Rome.

Its recovery required an international effort, officials said. The statue was seized and brought back to Italy in February, following a European Investigation Order accepted by the Belgian authorities. 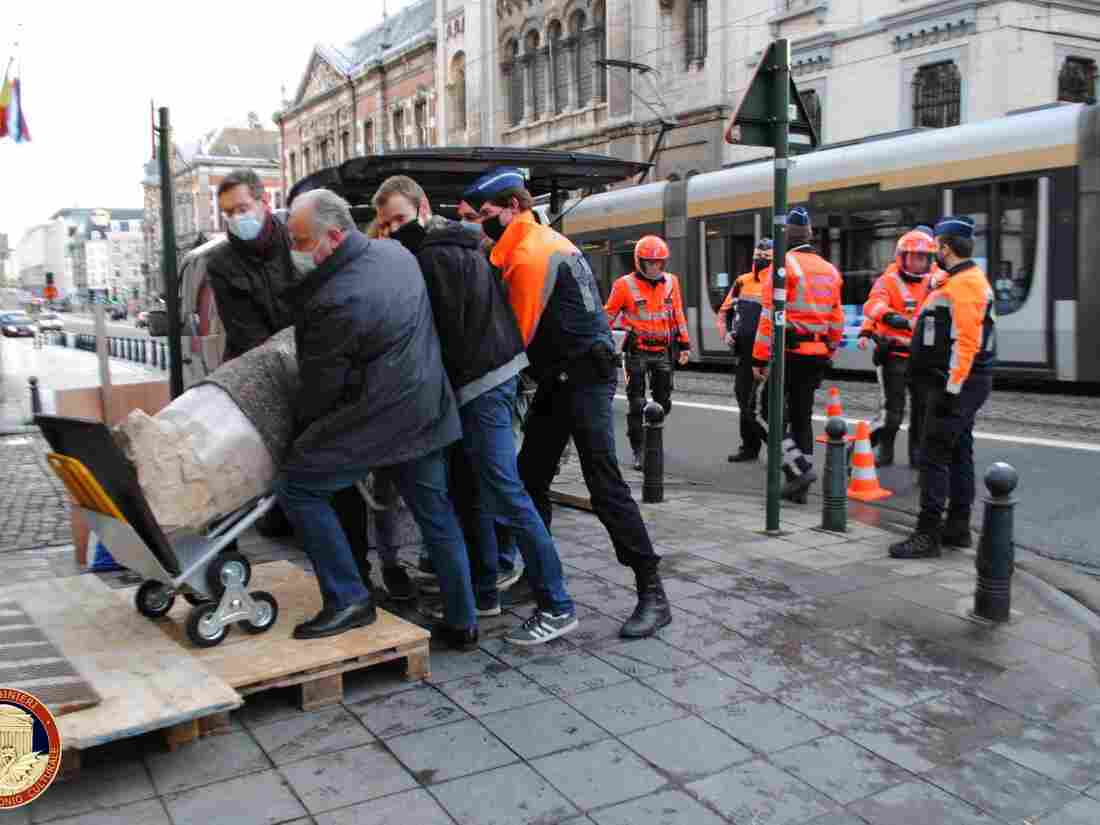 An image released by the Carabinieri documents the recovery of the Togatus statue that was discovered in Belgium.

Carabinieri Command for the Protection of Cultural Heritage

Carabinieri Command for the Protection of Cultural Heritage

A subsequent investigation in collaboration with Belgian authorities uncovered illicit trafficking in cultural goods by an Italian trader who used a Spanish pseudonym.

He has been referred to Italian prosecutors for allegedly receiving and illegally exporting the statue, the TPC said.

The TPC has worked for decades to fight art crime, safeguarding works in regions struck by natural disasters and combating antiquities trafficking around the world. In 2014, for example, it recovered 137,000 works with an estimated value of $500 million.