10 genre-bending Chicago artists to watch in 2022 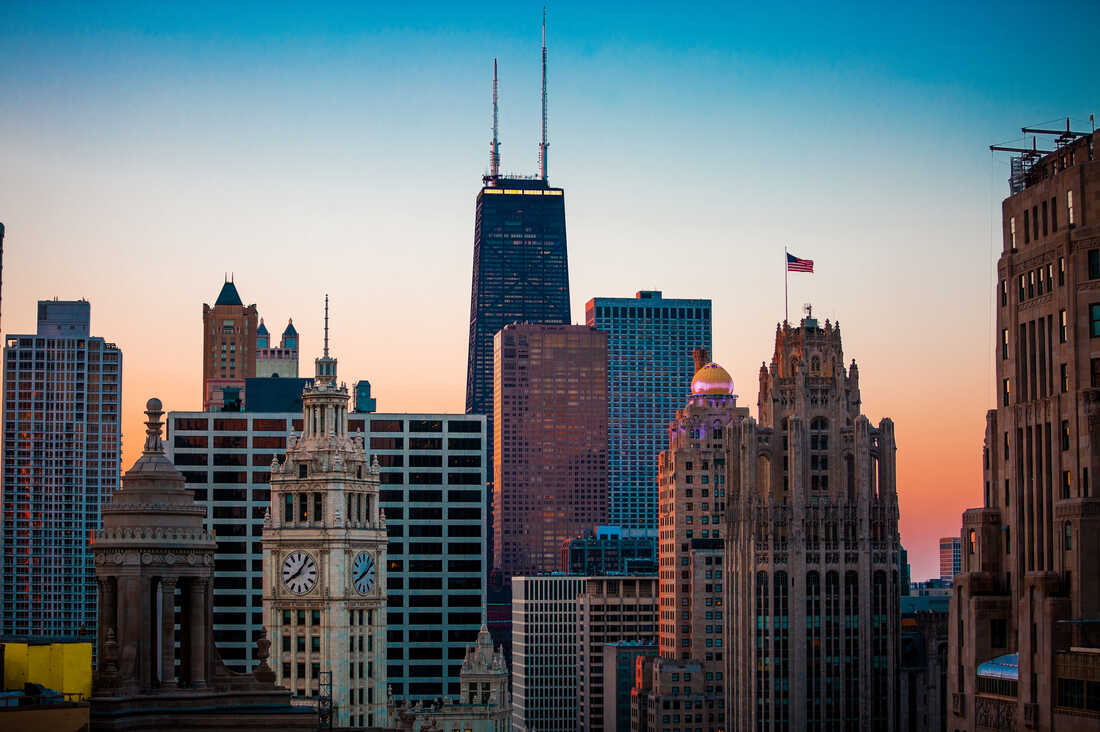 Music discovery is always on the menu at Vocalo Radio in Chicago — the station pioneered the Urban Alternative format, featuring an adventurous blend of R&B, hip-hop, soul, dance, jazz and indie-pop sounds, all intentionally Chicago-centric. They were one of the first stations to air artists like Chance the Rapper, Noname and Jamila Woods. Now, Vocalo lets us in on 10 Chicago artists the team thinks are worth your time. 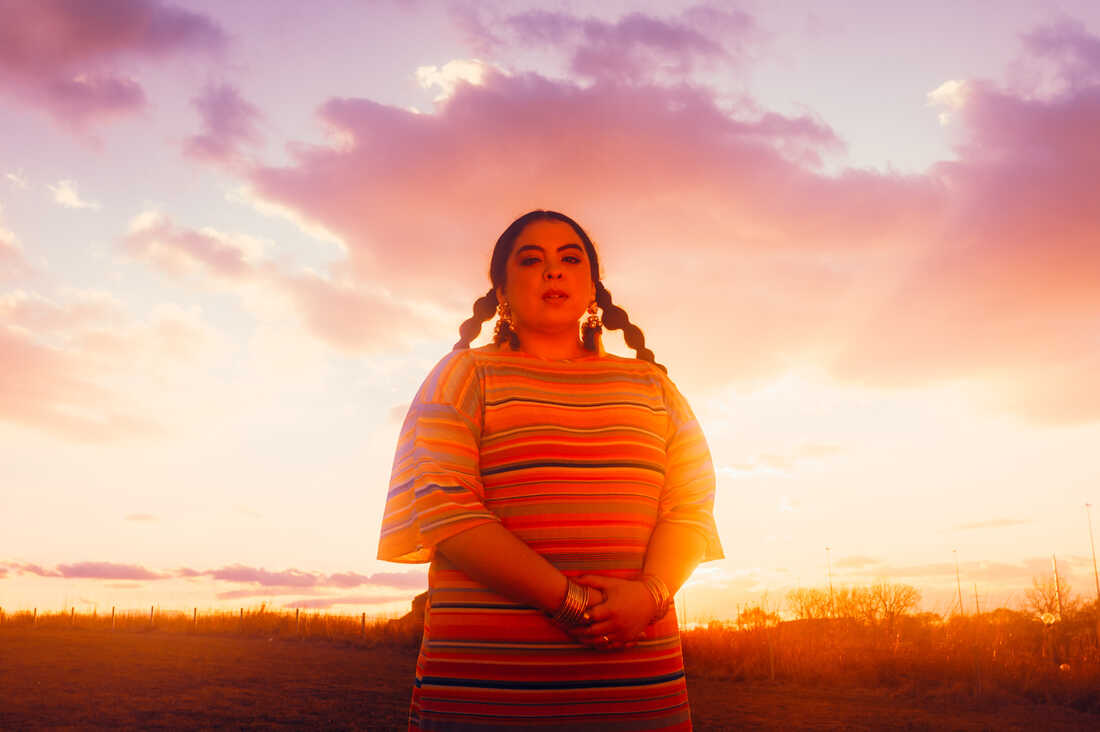 “I learned that it’s okay to feel all the things and that the feelings are valid, that they’re true. As a person, I can coexist in so many realms and within generations and lineages. ” – KAINA, talking about her debut album, Next to The Sun, in conversation with Jill Hopkins

Dennis of DDesigns/Courtesy of the artist

Dennis of DDesigns/Courtesy of the artist

Chicago-born and raised, KAINA’s identity as an artist is tied to a fusion of cultural influences — from living in the city to her Venezuelan and Guatemalan heritage. Influenced by genres including soul, early ’00s pop and R&B, she often focuses on themes of cultural identity, family and love. KAINA’s vocals are optimistic and dreamy, echoed by her latest music and videos. Fellow Chicago artist and labelmate NNAMDÏ made a cameo in the music video for her track “Anybody Can Be In Love,” off her upcoming album It Was A Home out March 4, 2022.

◈ Stream “Anybody Can Be In Love” by KAINA

◈ Read Vocalo’s coverage on “Anybody Can Be In Love”

◈ Read Vocalo’s interview with KAINA about her upcoming album 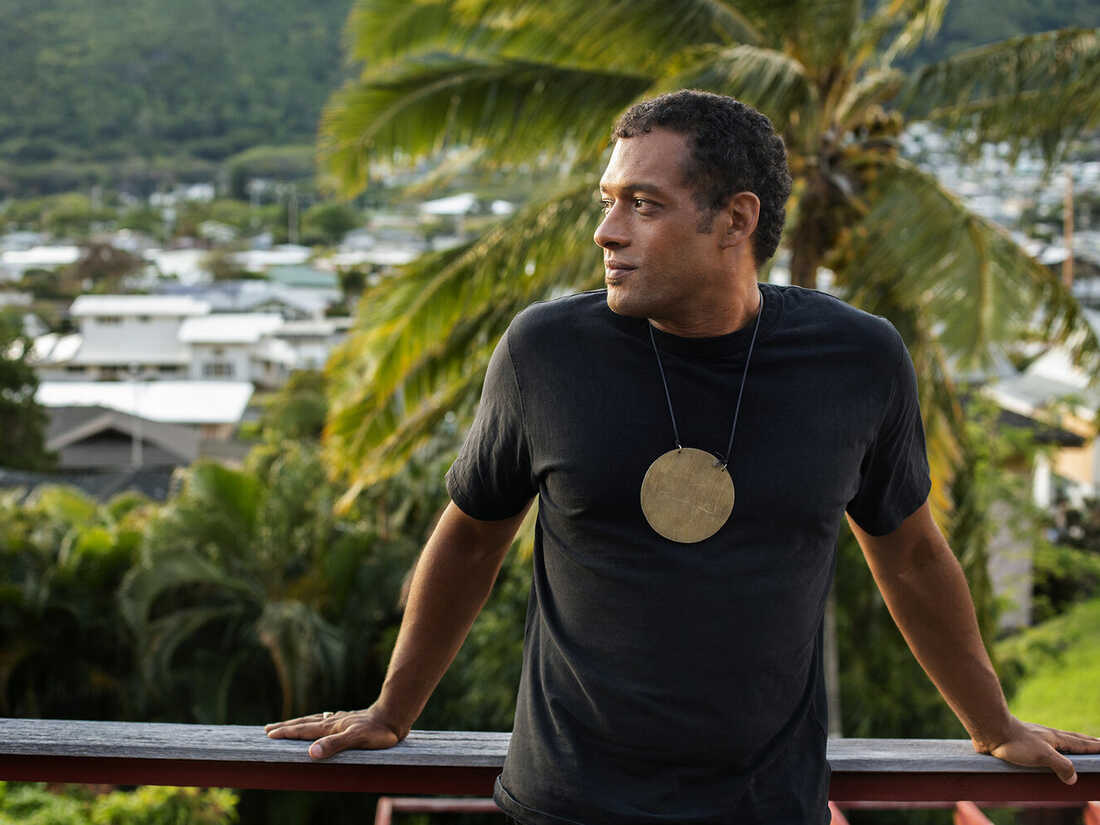 “The music will find a way … it is essential to our survival and our own mental, emotional, spiritual well-being.” – Makaya McCraven in an interview with Ayana Contreras for Vocalo.

Michael McDermott/Courtesy of the artist

Michael McDermott/Courtesy of the artist

Makaya McCraven is a critically acclaimed jazz drummer, beat scientist, bandleader and Chicago resident since 2007. McCraven is a sustainable innovator — he actively acknowledges his role in the jazz continuum, reimagining old ideas with a contemporary context over and over again. In anticipation of the Nov. 19 release of his new album Deciphering the Message, McCraven released the fourth and final single “Black Rhythm Happening” on Oct. 29. Deciphering the Message is a collection of Mccraven’s remixes of jazz classics from the Blue Note vault, sampling great works of the past and putting his own spin on them. 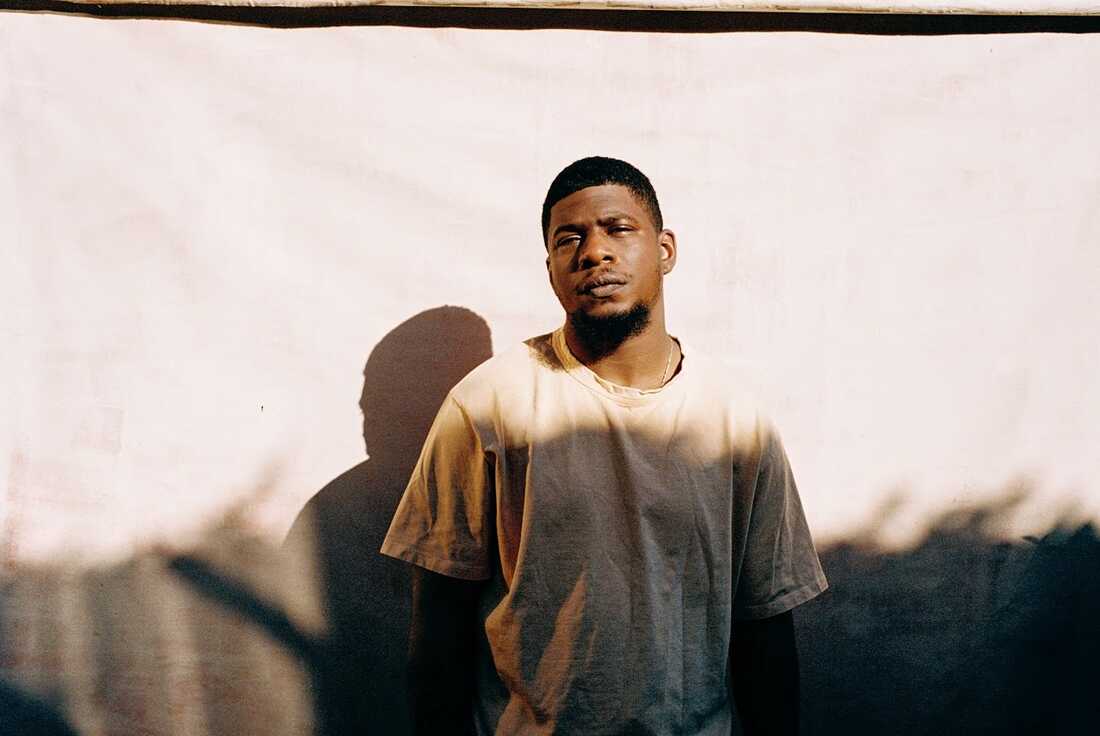 “A lot of times, self-care, mental care is kind of left on the back burner … That was something I needed to mention multiple times throughout the album.” – Mick Jenkins in an interview about his album “Elephant In The Room” with Dave Cantor for Vocalo.

Bryan Lamb/Courtesy of the artist

Bryan Lamb/Courtesy of the artist

Alabama-born, Chicago-raised rapper and poet Mick Jenkins wants to discuss hard topics. Released Oct. 29, Jenkins’ third studio album Elephant in The Room is unflinching as it explores difficult discussions about self-care, mental health, owning up to mistakes and — as best described in the song’s title — “Things You Could Die For If Doing While Black.” Each track presents its own topical vignette pieced together by Jenkins’ signature low vocals and soft, sparse beats. “Contacts” is a standout on the album, focusing on internal struggles as he raps biblical and metaphorical allusions over filtered keyboard. “Things You Could Die For If Doing While Black” is on a different end of the spectrum instrumentally; Jenkins’ raps are melodic and monotone, with atmospheric guitar riffs and vocal distortion building over the course of its three minutes. 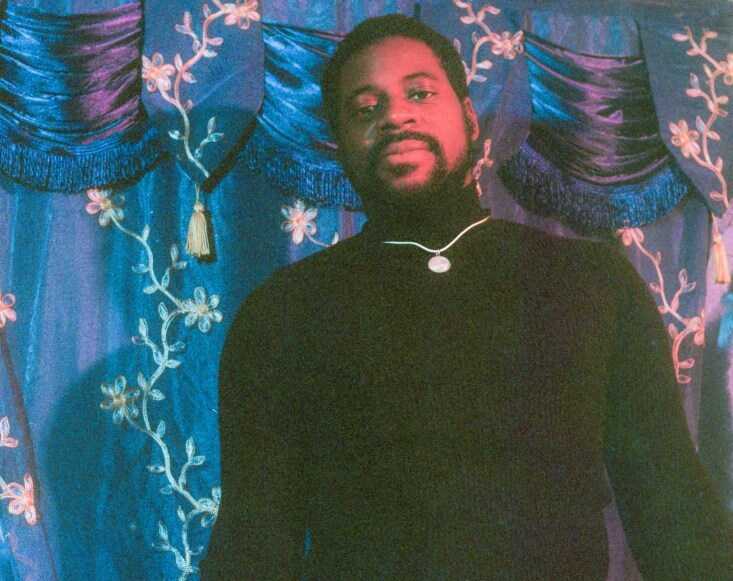 “Working on my own music is just a natural thing that happens when I’m alone. It ends up being a more personal, almost therapeutic thing for me. Being alone also allows complete unabashed experimentation.” – NNAMDÏ on his 2020 album “BRAT” with Shelby Kluver for Vocalo.

Tim Nagle/Courtesy of the artist

Tim Nagle/Courtesy of the artist

Nnamdi Ogbonnaya, professionally known as NNAMDÏ, breaks through the confines of genre, hopping from hip-hop to indie to electronic to jazz and back again. He even covered one of Kacey Musgraves’ songs, putting a fresh spin on the country-pop icon’s “Lonely Weekend” with his unpredictable instrumental progressions. NNAMDÏ’s music builds up a world around his listeners, immersing them in his soundscape. He’s also one of the founders, owners and operators of Sooper Records, a local Chicago label specifically interested in artists at the “cross-roads of contemporary pop, hip-hop and indie.” NNAMDÏ released his new five-track EP Are You Happy on Nov. 12, and will begin his spring 2022 tour in March. 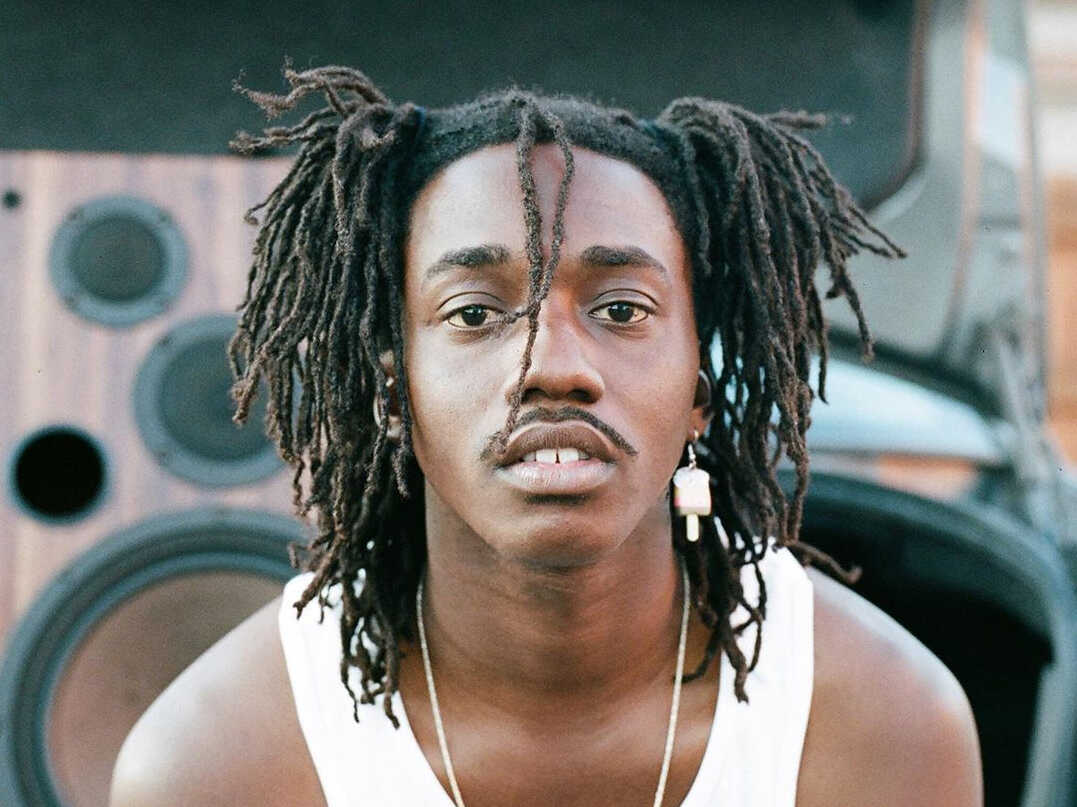 “I don’t have to throw away my Blackness to make music that’s fun and feels good.” – Ric Wilson with Bekoe for Vocalo

Michael Salisbury/Courtesy of the artist

Michael Salisbury/Courtesy of the artist

Ric Wilson makes funk and disco-inspired hip-hop infused with activism. On top of touring with or opening for a growing list of artists — think Noname, Lil Yachty, The All-American Rejects and BABDBADNOTGOOD — Wilson has been an outspoken advocate for marginalized groups his entire career, using his platform to promote positive change in the community. Songs like “Everybody Red In The Face” explore police brutality and gun violence, and in July 2020 he successfully demanded that Twitter donate $5,000 to the Black-led, trans-led, LGBTQ focused non-profit Brave Space Alliance in Chicago, after his Tweet about protecting Black trans women was put on a billboard. Teaming up with London producer George Van Den Broek of Yellow Days, Wilson released the collaborative five-track EP Disco Ric in London Town on Nov. 12 and is currently on tour.

◈ Stream “They Call Me Disco” by Ric Wilson 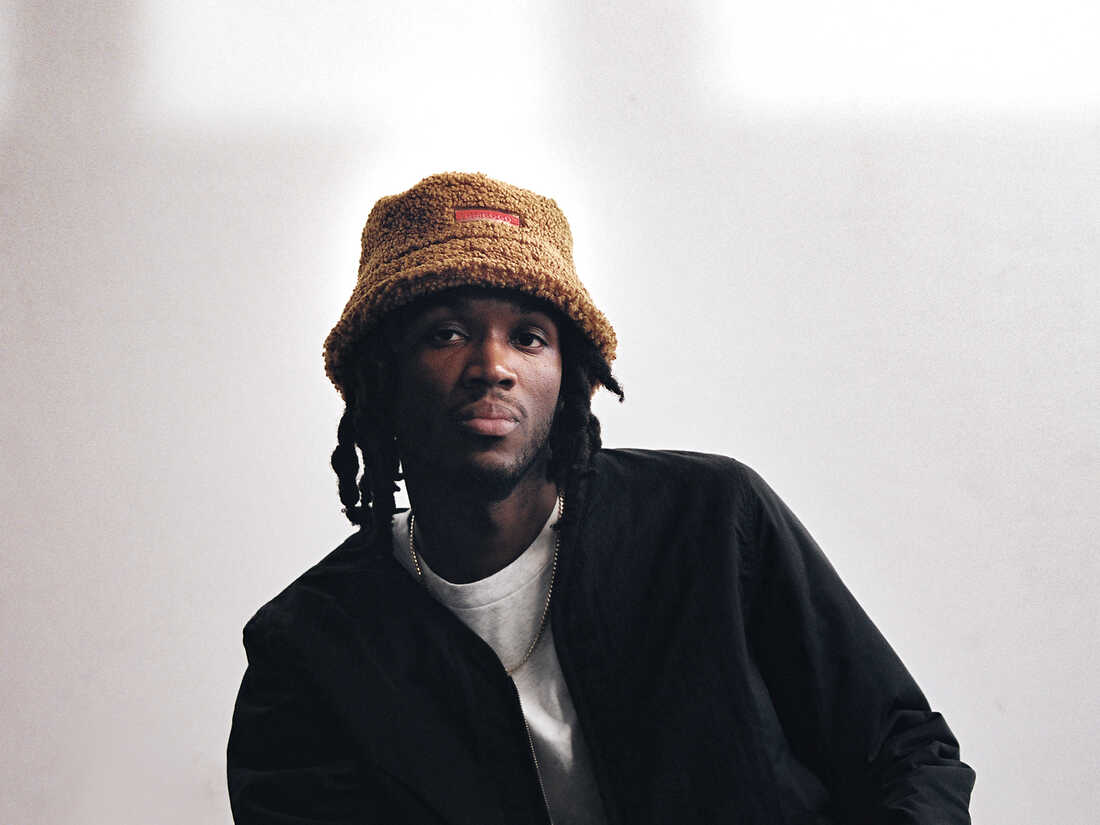 “It’s a group of people that are just really writing about what they feel, and that’s all you really ask for in music.” – Saba in an interview with Jill Hopkins for Vocalo

C.T. Robert/Courtesy of the artist

C.T. Robert/Courtesy of the artist

With more than two million monthly listeners on Spotify, it wouldn’t be surprising if Saba was already on your radar. The rapper traces his creative drive back to childhood and early adolescence, when he would write and produce original music from home studios. A founding member of West Side Chicago independent hip-hop collective Pivot Gang — alongside his brother Joseph Chilliams, their cousin John Walt and high school friend MFnMelo — Saba has become an especially strong voice in the Chicago rap scene. “Fearmonger,” the lead single off his upcoming third solo album Few Good Things, was released Nov. 4. 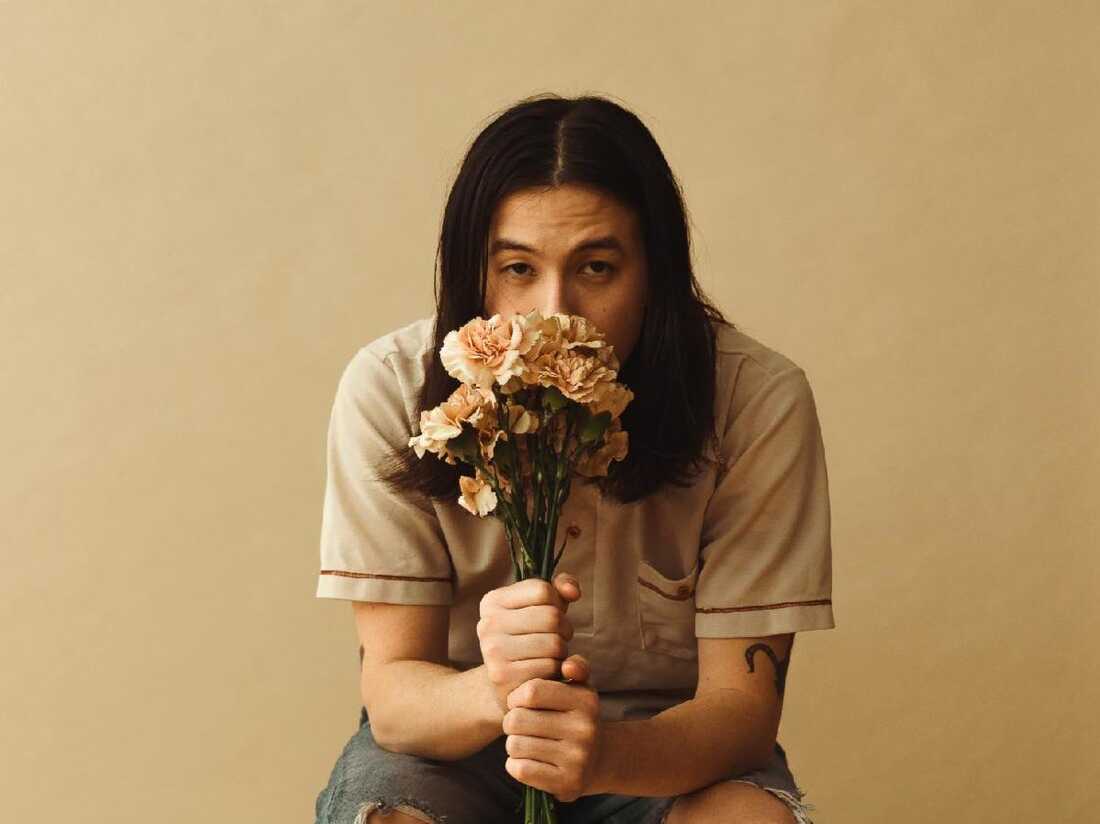 “Music that we can tell a lot of care has been put into. You listen to a project and you can just tell someone has put their soul into it, their time.” – Sen Morimoto in conversation with Jill Hopkins for Vocalo

Dennis Elliott/Courtesy of the artist

Dennis Elliott/Courtesy of the artist

Multi-instrumentalist, composer, rapper and label owner Sen Morimoto is a collaborator at heart. Hailing from Japan and currently based in Chicago, Morimoto’s music frequently explores themes of self-examination and expression. As one of the founders of Sooper Records and having collaborated with artists like NNAMDÏ, KAINA, Lala Lala and Joseph Chilliams, it’s no surprise Morimoto’s sound takes influence from genres all across the board. He strives to break the categorical mold, incorporating aspects of jazz, electronica, R&B and even noise. Morimoto is also an advocate for social change, frequently calling attention to civic engagement, voting, equality and justice. Although Morimoto hasn’t released any new music since his 2020 self-titled album, he is set to perform at Chicago’s Tomorrow Never Knows Festival on Jan. 20, 2022. 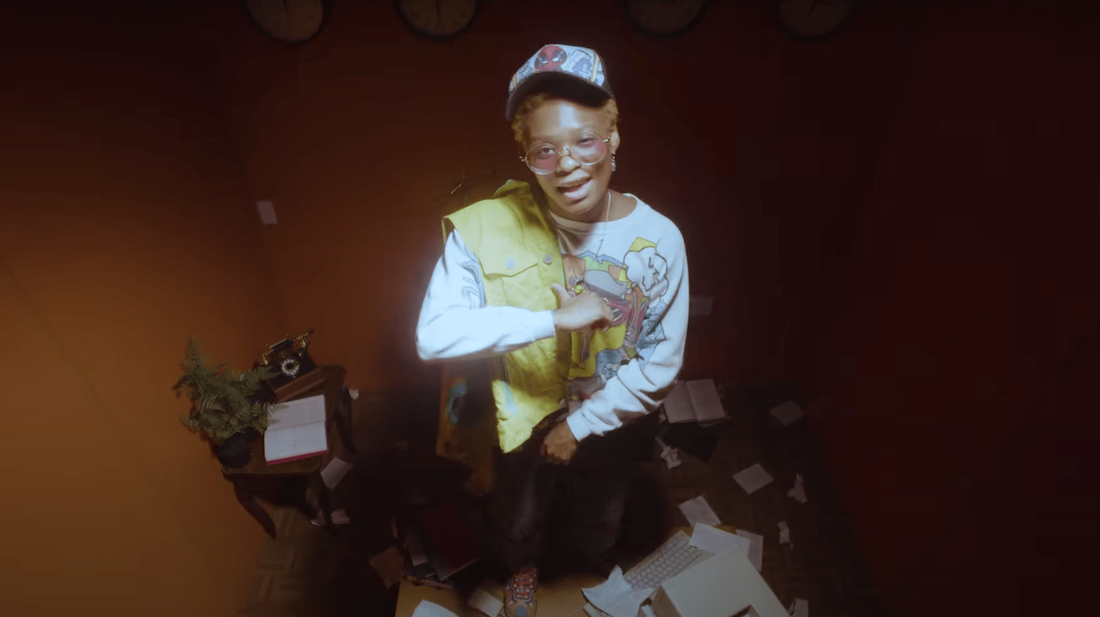 “Crying In The Club,” their latest release, couples stream-of-consciousness lyricism with pounding beats.

TikTok users may know Serena Isioma from their 2020 single “Sensitive,” which went viral on the app and was also recently featured on the HBO series Insecure. Their signature blend of lo-fi hip-hop incorporates infectious beats and swirling guitar tones on top of introspective, confident and clever lyrics. Tracks like the hazy indie soul “Stop Calling The Police On Me” include social commentary, while slowed-down songs like “Hard” and “Valentina” convey personal emotions. “Crying In The Club,” their latest release, couples stream-of-consciousness lyricism with pounding beats as Isioma repeats the words, “please help me.” Their live performances are electric, with Isioma constantly moving around the stage and encouraging audiences to jump, dance and sing along to catchy lines — think, “I’m fresh to death, c-c-c-cold,” from single “Really, Really.” With festivals Lollapalooza and Austin City Limits under their belt and a following increasing by the day, Isioma is a rising star you need to know ASAP.

◈ Read Vocalo’s coverage on “Crying In The Club” 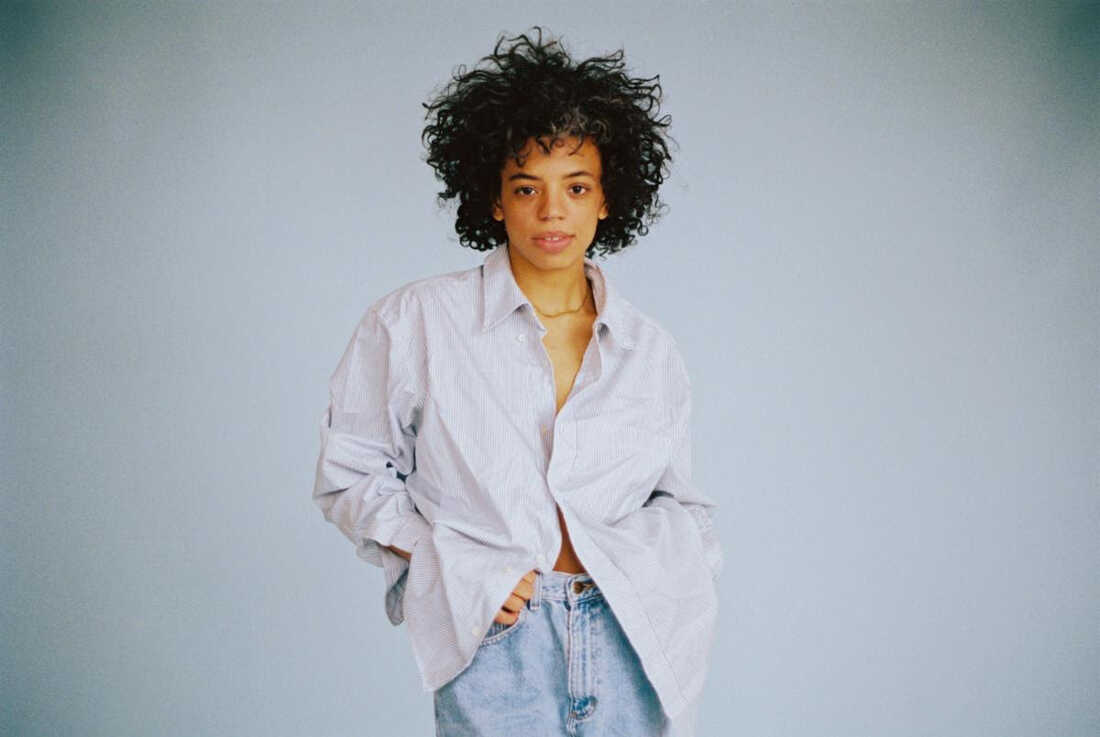 “I don’t attempt to, and have no interest in, separating the quote-unquote ‘radical’ viewpoints of my life from the things that I make, because what would be the point of being an artist? – Tasha in an interview with Jesse Menendez for Vocalo

Alexa Viscius/Courtesy of the artist

Alexa Viscius/Courtesy of the artist

Tasha’s music feels like a lullaby. Scaling up and down, her rich vocals flutter as strong, electric guitar melodies keep her sound grounded. Incorporating intimate musings on love and emotion into her lyrics, listening to Tasha’s music feels like reading a diary. A poet at heart, Tasha has consistently approached songwriting with an open tenderness since her 2018 debut Alone At Last. With the release of her sophomore album Tell Me What You Miss The Most on Nov. 5, Tasha presents a polished and clear window into her innermost thoughts. The lovey-dovey ballad “Perfect Wife” is a standout on the album, with a charming music video which finds her smiling and dancing around her apartment. Interjecting the album is “Love Interlude,” a piece of soft-spoken poetry recited underneath wind chimes swaying in the breeze. Following two November shows at Chicago venue Sleeping Village, Tasha’s tour is scheduled to officially begin Nov. 29 at Mahall’s in Lakewood, Ohio. 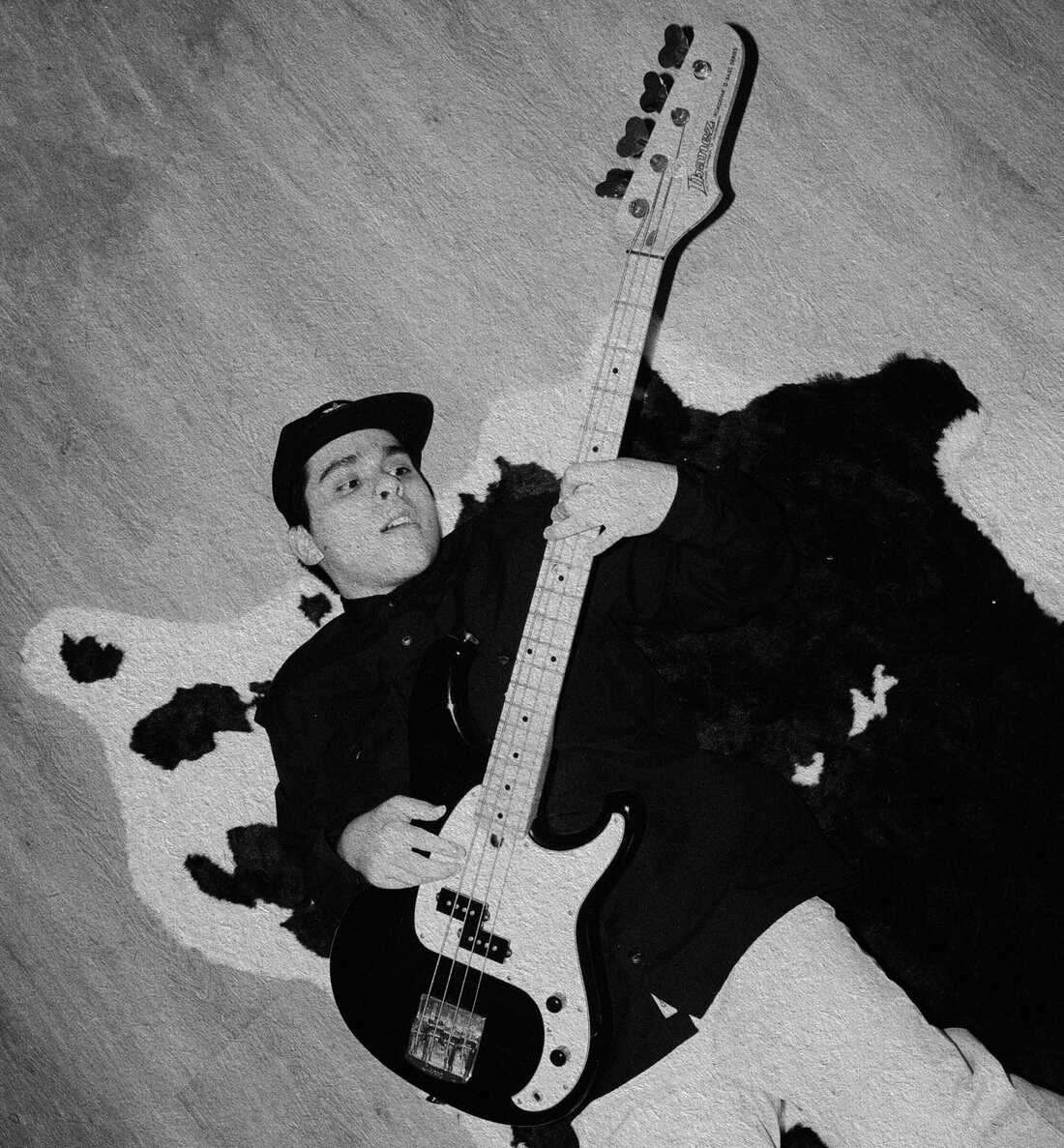 “I think a lot of [my] inspirations just kind of mixed themselves in my brain, and that’s how I was able to push out the sound that I carry now.” – Victor Internet in conversation with Bekoe for Vocalo

Zamar Velez/Courtesy of the artist

Zamar Velez/Courtesy of the artist

Shedding the bedroom pop label of his first releases, 21-year-old Victor Manuel Cervantes, better known as Victor Internet, has come into his own as a primarily electro-pop artist. Still holding onto the guitar and synth elements of his indie influences, Victor Internet’s sound has grown to incorporate notably polished production on his debut album BLUE 2000. After first hitting it big with the single “Tinder Song” in 2017, Victor Internet gained a following for his catchy laments of young love, friendship and identity. BLUE 2000 explores similar themes, but with an added level of maturity in both his instrumentation and lyricism.