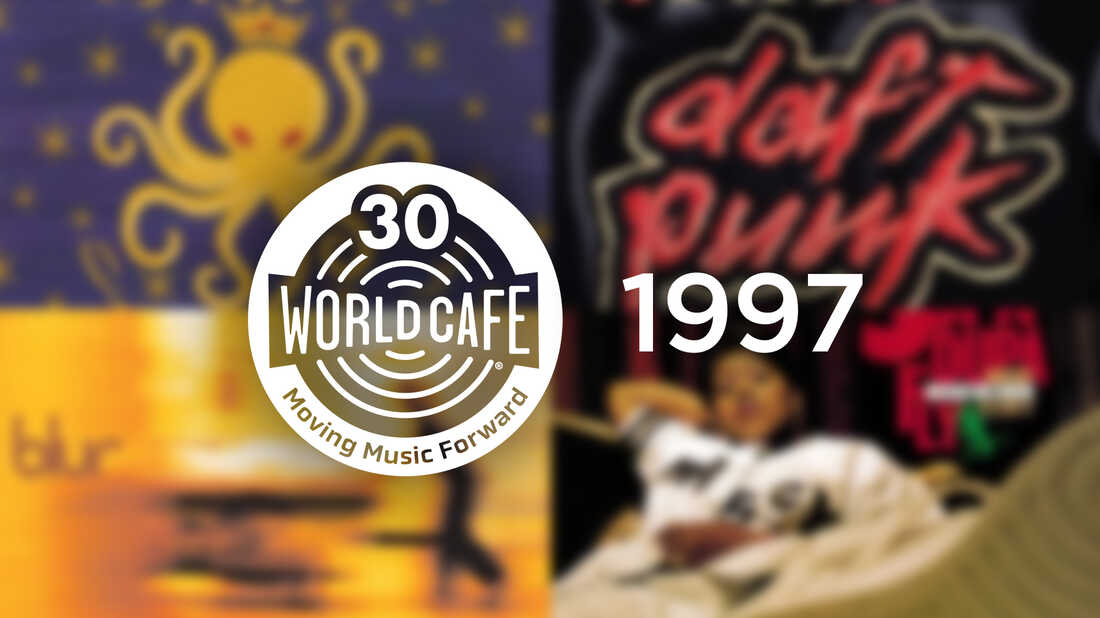 To celebrate the 30th anniversary of World Cafe, we’re looking back and posting playlists from each year of the show. As music has evolved over the years, so have our playlists, which have grown to reflect a much wider range of music than when we first set out.

While 1997 was a breakout year for boy bands like Backstreet Boys and NSYNC, the pop landscape was marked by influential releases including the posthumous Life After Death from the Notorious B.I.G., debuts from Erykah Badu (Baduizm) and Missy Elliott (Supa Dupa Fly), and two notable electronic dance music records from Daft Punk (the duo’s debut full-length, Homework) and The Chemical Brothers’ second album, Dig Your Own Hole.

By the end of ’97, whatever lingering fascination we had with grunge was quickly dissipating. In its place came a wave of excellent releases from indie bands like Pavement, Yo La Tengo and Sleater-Kinney. While U2’s Pop failed to pop, some of the best rock records of the year, have stood the test of time, including The Verve’s Urban Hymns, Blur’s eponymous album (the band’s fourth) and Spiritualized’s Ladies and Gentlemen, We Are Floating In Space.