With Mini Helicopter On Mars, NASA Hopes To Reinvent Flight ‘On Another World’ 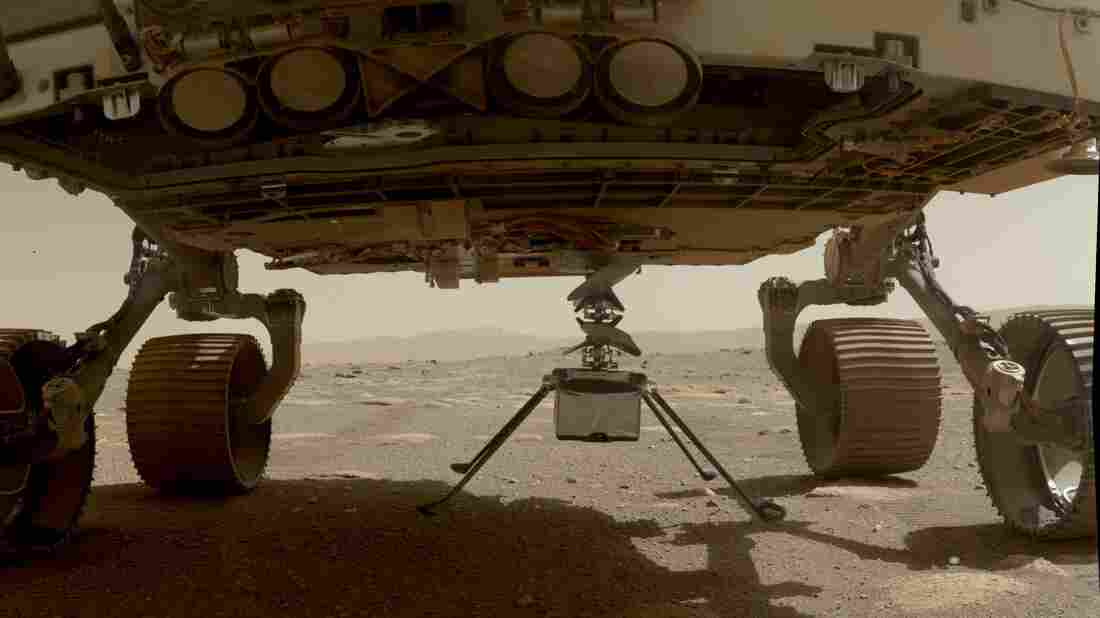 NASA’s Ingenuity helicopter with all four of its legs deployed before dropping from the belly of the Perseverance rover on March 30, 2021.

NASA’s miniature helicopter has safely deployed on Mars, setting the stage for a potential first flight on the Red Planet.

The four-pound helicopter, called Ingenuity, made the long journey from Earth stowed away underneath the Perseverance rover, which touched down in February. On Saturday, NASA confirmed that Ingenuity had safely separated from the rover’s belly and survived the four-inch drop to Mars’ surface.

The successful deployment brings NASA one step closer to its first attempt at testing the possibility of powered, controlled flight on another planet — which could one day allow scientists to observe and explore parts of Mars’ surface that rovers can’t reach.

NASA has compared Ingenuity’s experimental mission to the Wright brothers’ historic first flight in 1903, which ushered in the aerial age on Earth.

#MarsHelicopter touchdown confirmed! Its 293 million mile (471 million km) journey aboard @NASAPersevere ended with the final drop of 4 inches (10 cm) from the rover’s belly to the surface of Mars today. Next milestone? Survive the night. https://t.co/TNCdXWcKWE pic.twitter.com/XaBiSNebua

Ingenuity could take off as early as April 11, beginning a series of up to five test flights over Jezero Crater, where Perseverance landed, over a one-month period.

For now, the project is purely experimental, focused on demonstrating a new technology rather than assisting the Perseverance mission, which is currently roaming Mars for signs of ancient life and collecting samples from the planet’s surface.

The helicopter’s first flight will be a short one: Ingenuity will rise about 10 feet from the ground, hover in the air for under a minute, then land. But NASA says that the short trip would mark a major milestone.

“In alien conditions with almost no atmosphere, it’s reinventing flight on another world,” NASA said in its trailer for the mission. “If this 30-day experiment succeeds, it may pave the way for future aerial explorers.” 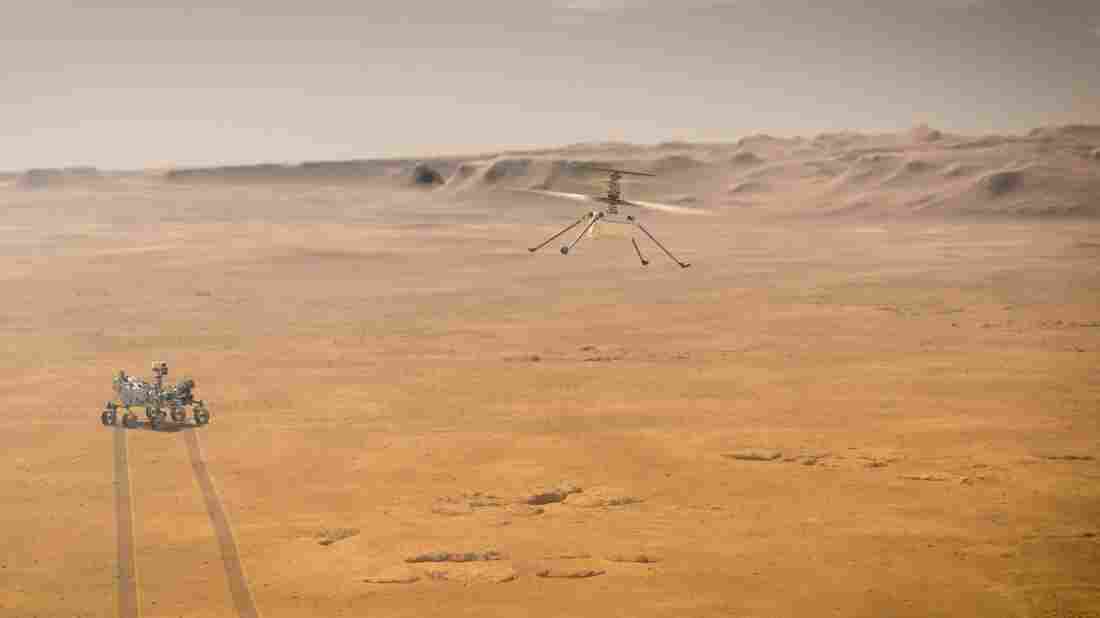 When NASA’s Ingenuity Mars Helicopter attempts its first test flight on the Red Planet, the agency’s Mars 2020 Perseverance rover will be close by, as seen in this artist’s concept.

Surviving the 293 million mile journey to Mars and safely dropping from Perseverance were the first in a series of milestones the helicopter must cross before its inaugural flight. Next, Ingenuity will have to keep itself warm and functional through the extremely cold nights on Mars, which can see temperatures as low as minus 130 degrees Fahrenheit.

The helicopter previously relied on the rover’s power system, but now Ingenuity will have to depend on internal heaters and charge its batteries using a solar panel.

More technical hurdles for Ingenuity lie ahead, like taking off in Mars’ thin atmosphere.

Although the Red Planet has about one-third the gravity of Earth, its atmosphere at the surface is just 1% as dense. That means that without much air to push against, it’s more difficult to generate lift.

After receiving commands from Earth relayed through the Perseverance rover, the helicopter will also have to make each test flight without real-time input from mission control.

But if Ingenuity’s experiments prove successful, the technology could support future robotic and even human missions to Mars by providing new aerial viewpoints, capturing high-definition images or carrying small payloads from one site to another.