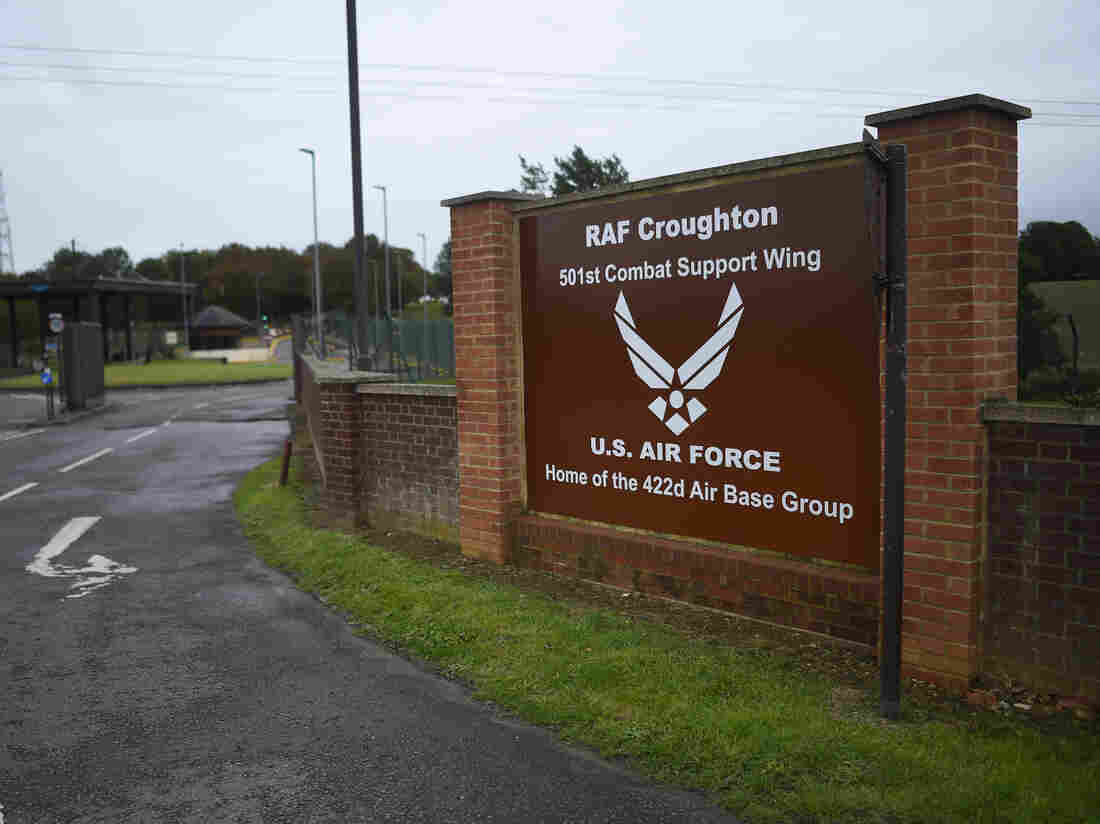 British authorities are asking that Anne Sacoolas, the wife of a U.S. diplomat, return to the U.K. for a police investigation of a crash that killed 19-year-old Harry Dunn. The fatal incident occurred in late August outside England’s Royal Air Force Croughton, site of a U.S. Air Force communications base.

The wife of a U.S. diplomat is accused of using diplomatic immunity to flee the U.K. after she allegedly struck and killed a young man with her car in late August.

British Prime Minister Boris Johnson criticized the use of diplomatic immunity in the case, and said he would raise the matter with the American ambassador to the U.K. on Monday.

“I do not think that it can be right to use the process of diplomatic immunity for this type of purpose, and I hope that Anne Sacoolas will come back and will engage properly with the processes of laws [that are] carried out in this country,” Johnson said. “If we can’t resolve it, then of course I will be raising it myself personally with the White House.”

Police in Northamptonshire, in central England, say the 42-year-old suspect told them after the Aug. 27 incident that she had no plans of leaving the U.K. in the near future. Harry Dunn, 19, was riding his motorbike to visit his father when he was killed in the collision.

The chief constable of Northamptonshire, Nick Adderley, says he wrote to the U.S. Embassy in London, urging officials to waive the woman’s diplomatic immunity so that she can be compelled to return to face a possible arrest and formal interview with police.

Police believe Sacoolas had just driven out of Royal Air Force base Croughton and was driving on the wrong side of the road when she struck Dunn, Sky News reports. RAF Croughton is home to a U.S. Air Force communications base.

The State Department said in an emailed statement to NPR on Monday that questions about waiving immunity for its diplomats and their family members overseas “are considered carefully given the global impact such decisions carry; immunity is rarely waived.” The statement did not identify the driver out of “privacy and security concerns.”

The family expressed dismay that Sacoolas was able to leave the country. “All we need to do is to ask her to come back,” Charlotte Charles, the victim’s mother, said in an interview with Sky News. “It’s not much to ask. She’s left a family in complete ruin. We’re broken, inside and out. … We’re just utterly shocked and appalled that somebody is allowed to get on a plane and go home and avoid our justice system.”

“We can’t grieve for him at the minute because we don’t know where we’re going,” the victim’s father Tim Dunn, told the BBC.

MP for South Northamptonshire Andrea Leadson said the event appears to have been an accident, and she appealed to Sacoolas directly: “It needs a police investigation, but surely she must see that this family needs closure.”