Why The Novel Coronavirus Has The Power To Launch A Pandemic 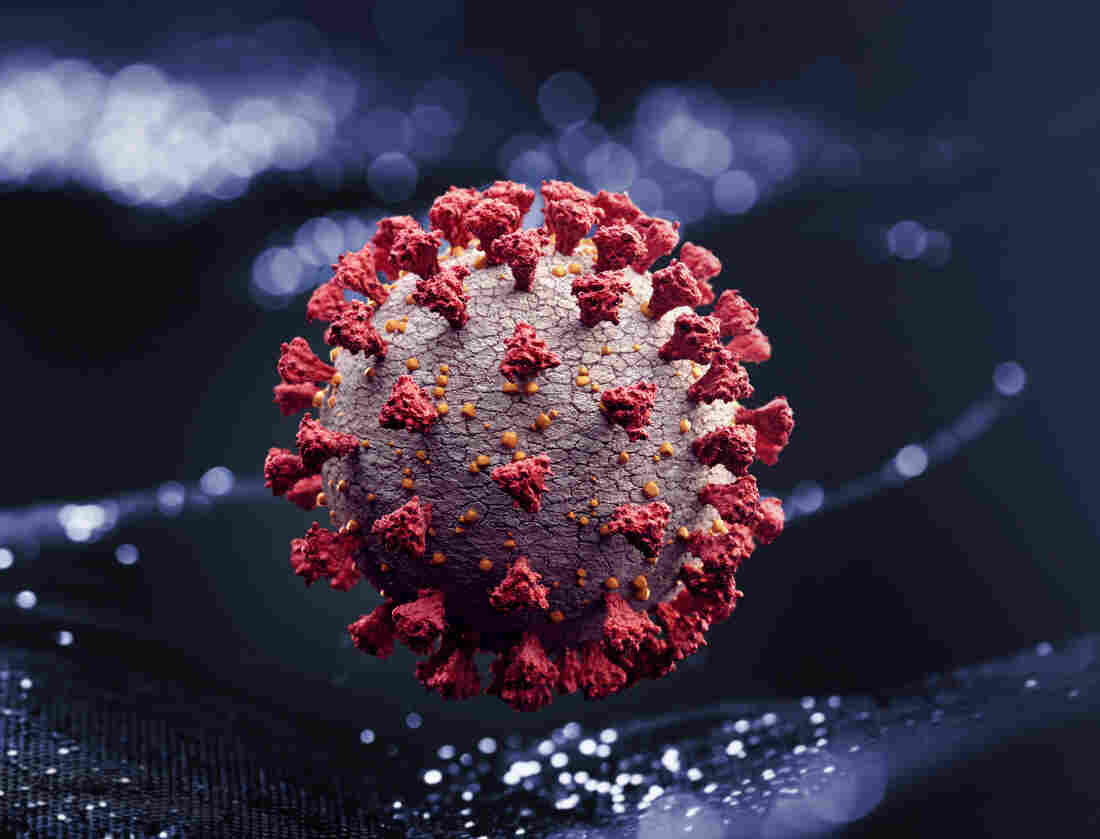 A computer rendering of SARS-CoV-2, the virus that causes COVID-19.

On January 30, the World Health Organization declared the novel coronavirus — then unnamed — to be a “Public Health Emergency of International Concern.” The virus, first reported in China in late 2019, had started to spread beyond its borders, causing 98 cases in 18 countries in addition to some 7,700 cases in China at the time.

Six months later, the tiny coronavirus has spread around the world, infecting more than 16 million people worldwide and killing more than 650,000. It is one of the leading causes of death in the U.S. in 2020.

“This is the sixth time a global health emergency has been declared under the International Health Regulations, but it is easily the most severe,” said Tedros Adhanom Ghebreyesus, WHO’s director-general, on Monday.

What was it about this coronavirus — later named SARS-CoV-2 — that made it the one to spark a global pandemic?

Virologists point to several key traits that this virus possesses. Any one of them might be problematic. When combined in one microscopic virus, the result is what coronavirus researcher Andrea Pruijssers of Vanderbilt University calls a “perfect storm” — a one-in-a-million virus capable of triggering a worldwide health crisis.

One of the novel coronavirus’s biggest advantages is how easily it spreads from human to human, says Dr. Megan Freeman, a virologist at Children’s Hospital of Pittsburgh, who conducted her doctoral research on coronaviruses.

The coronavirus causes COVID-19, a respiratory disease that infects the sinuses, throat, lungs — all parts of the body involved with breathing. As a result, the virus can be readily passed onward through breath and spittle expelled from the nose and mouth. Unlike Ebola, where direct contact with blood and other bodily fluids is the main route of infection, you don’t have to touch someone to be infected with SARS-CoV-2 — all it takes is getting close enough to an infected person and breathing in respiratory droplets they exhale.

And because it’s transmitted rapidly through the respiratory route, “it’s a virus that [also] has the capacity to spread across the globe fairly easily,” Pruijssers says. All it takes to introduce the illness to a new continent is a single person who travels there while infectious.

… but not so fast that it’ll knock itself out

When a virus spreads too quickly, enough people in a community may catch it to create “herd immunity.” With fewer people to infect, the virus’s rapid spread can ensure its own demise, says Malik Peiris, a virologist at the University of Hong Kong. “It’s a balance,” he says, pointing out that other viruses such as dengue fever and chikungunya have surged and then died down in certain locations.

It’s transmittable even with no symptoms

Even before symptoms develop, infected people can spread this virus by speaking, singing, coughing and breathing out virus-laden droplets in close proximity to others. “For SARS-CoV-2, a lot of the transmission is from asymptomatic, [presymptomatic] or mildly symptomatic people,” Pruijssers says.

By contrast, SARS-CoV-1, a related coronavirus that caused an epidemic in Asia in 2003, was most infectious when people were symptomatic. So as soon as someone showed symptoms, they were quarantined — which effectively stopped that virus from transmitting, Peiris says. The SARS epidemic officially ended in 2004 after sickening 8,098 people; there have been no known cases reported since.

The severity of symptoms puts a strain on health systems

Even though some people who are infected have no symptoms or mild symptoms, the novel coronavirus can inflict serious damage. “This coronavirus has the capacity to cause really debilitating respiratory disease and even death” for a higher proportion of infected people compared with, say, the flu, Freeman says.

Because COVID-19 can make people sick enough to require hospitalization, high rates of spread have strained hospital systems, making it difficult to provide optimal care for patients, as is happening in California and Texas. When hospitals run low on staff and supplies, the result can be care rationing and excess deaths. Since its emergence, in late 2019 in China, the novel coronavirus has killed more than 600,000 globally.

Then there’s the pet theory …

Not only did the novel coronavirus come from animals, it also appears to have the ability to jump from humans to animals, including their pets — and possibly back again.

The virus likely originated in bats and spilled over to humans because of some unlucky coincidence, where a person was “in the wrong place at the wrong time” and came in contact with a bat or an intermediary animal that happened to be infected with this particular virus, says Carlos Zambrana-Torrelio, an ecologist with the nonprofit organization EcoHealth Alliance.

Now, researchers have found humans have occasionally infected their pet dogs and cats as well as lions and tigers at the Bronx Zoo. There’s no evidence yet of dogs and cats passing it to people, but sick minks on Dutch fur farms are thought to have given the coronavirus back to humans.

This could mean that if the virus starts circulating regularly among animals that we handle or live with, it may be really hard to get rid of it, Freeman says. “[If] there’s an animal reservoir, there’s always that possibility that the virus could come back in a spillover event,” she says. In other words, a community could be virus-free only to have it reintroduced by a visiting animal.

… and this virus has the element of surprise

The world has never dealt with a pandemic caused by a highly dangerous coronavirus before. This means everyone in the world is likely susceptible to it and also that, in the beginning “we knew nothing about it — it was a brand new virus,” Pruijssers says. And that lack of knowledge about treatments and control has contributed to the virus’s ability to spread.

Unlike flu, which has been known to researchers for centuries, this novel coronavirus has required researchers to figure out everything from scratch — how it spreads, who’s most likely to get sick from it and how to combat it with drugs and vaccines.

There’s still a lot we don’t know, Pruijssers says, and we’re learning fast. But not fast enough to have stopped this pandemic from happening.