What It Takes To Get To Tokyo To Cover The Olympics 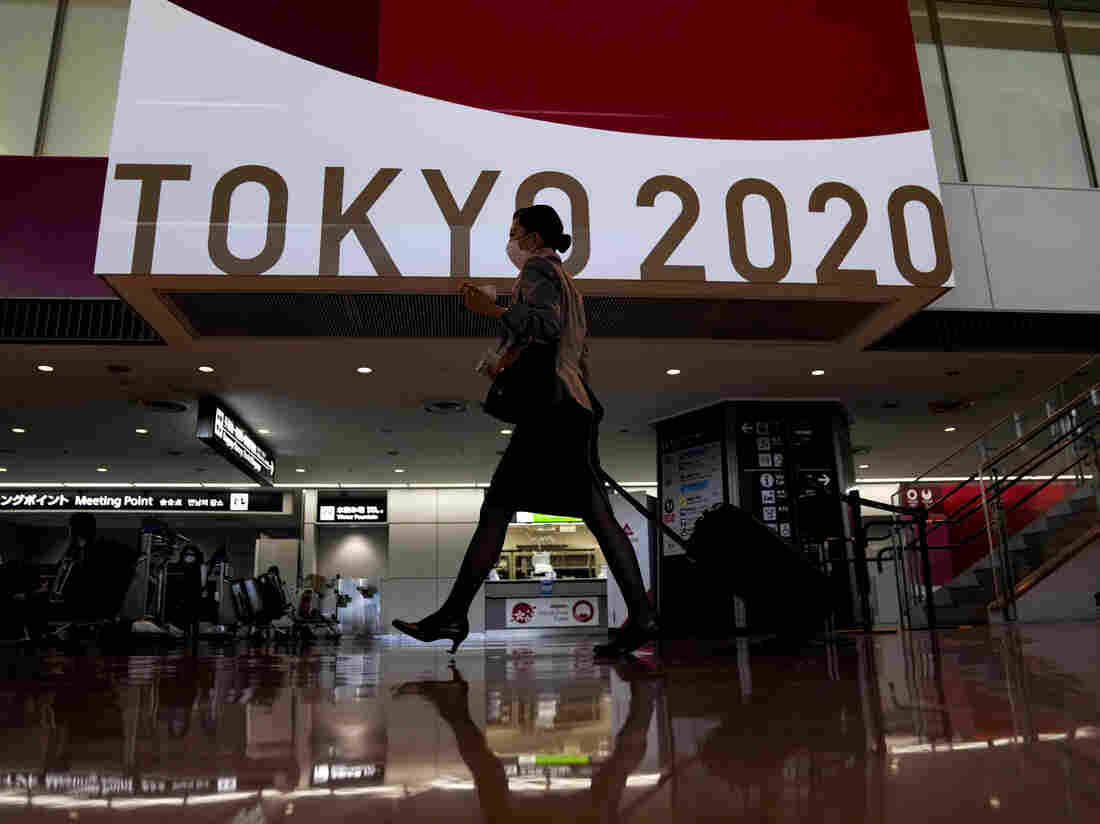 A flight attendant walks by a large display of Tokyo 2020 Olympics at Narita International Airport on Thursday in Narita, east of Tokyo.

TOKYO — When anyone traveling to Japan for the Olympics touches down in Tokyo, they are immediately separated from everyone else on their plane and whisked away to complete hours of COVID-19 testing and other entry procedures.

Then, at least for journalists, three days of strict quarantine begins. The hotel that NPR journalists are staying in has barely enough floor space to open a suitcase.

These are just a few of the safety measures journalists arriving for the games must go through in order to maintain separation from the Japanese population, as coronavirus cases rise and Tokyo is under a state of emergency.

The strict protocols, detailed in a playbook that’s 68 pages long, are understandable at a time when Japan has only been able to vaccinate a small fraction of its citizens. About 20 percent are fully vaccinated.

The safety protocols start before takeoff

Getting into Japan involves a vast array of strict safety requirements that start days before takeoff. Journalists were supposed to be checking their own temperatures and uploading them to a special app – which did not work at all for some of our group of five, and only worked the day we left for others.

We had to get two negative COVID-19 tests in the four days before departing – and each needed to find clinics in our respective cities that do the required type of test and would sign the Japanese government form. 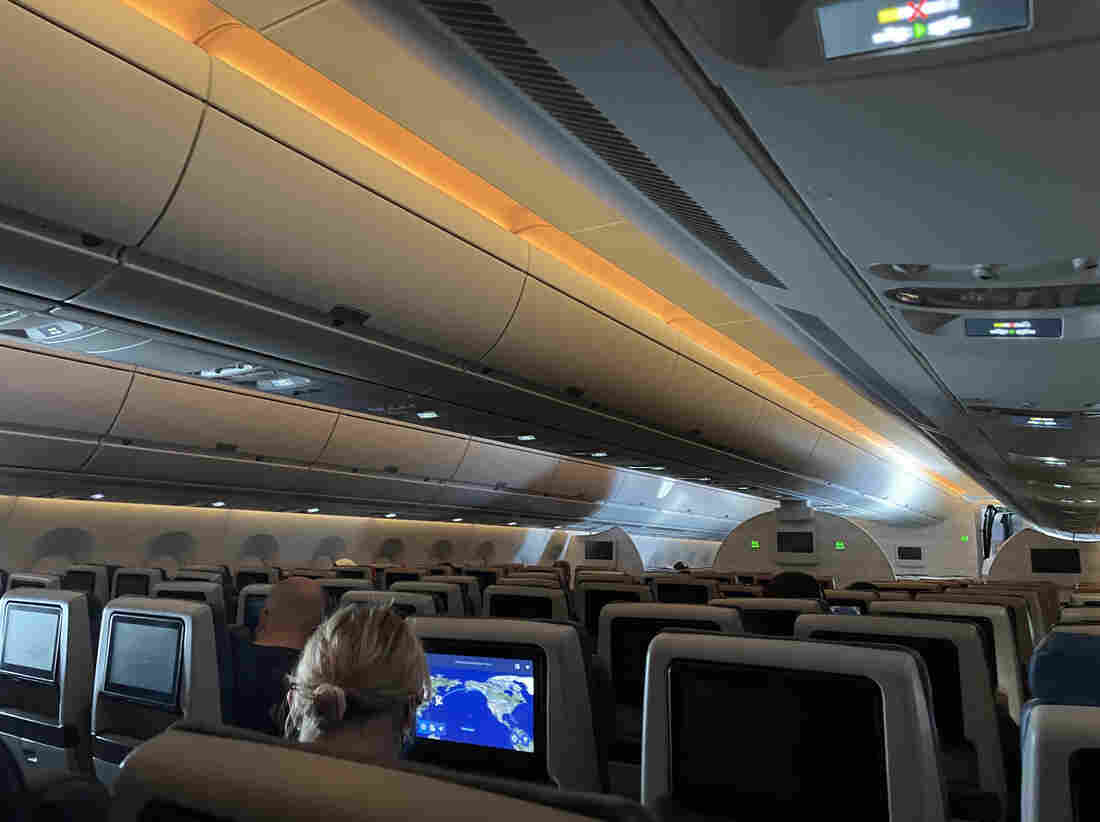 A mostly empty plane flies from Atlanta to Tokyo on Friday.

For the first 14 days in Japan, journalists are not allowed to leave the Olympic “bubble” and must submit an “activity plan” to the local organizers detailing everywhere we plan to go. 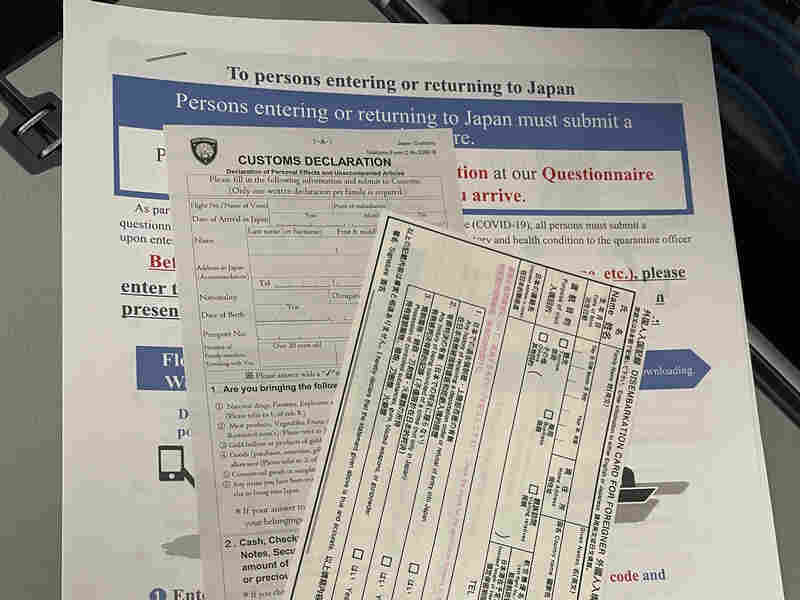 Some of the many forms people traveling to Japan must be prepared to show upon arrival.

We can sign out of the hotel for a maximum of 15 minutes, but longer could mean we are expelled from the country, and an app on our phones is tracking our every move to make sure we don’t break quarantine. The app is also used for coronavirus contact tracing.

The flight from Atlanta to Tokyo was eerily empty, which just a few dozen seats occupied on a large plane.

Olympians pass through strict checkpoints at the airport

After landing, everyone arriving for the Olympics passed through at least nine checkpoints at the airport, where cheerful staff members ask for a different combination of the many forms we have printed out. 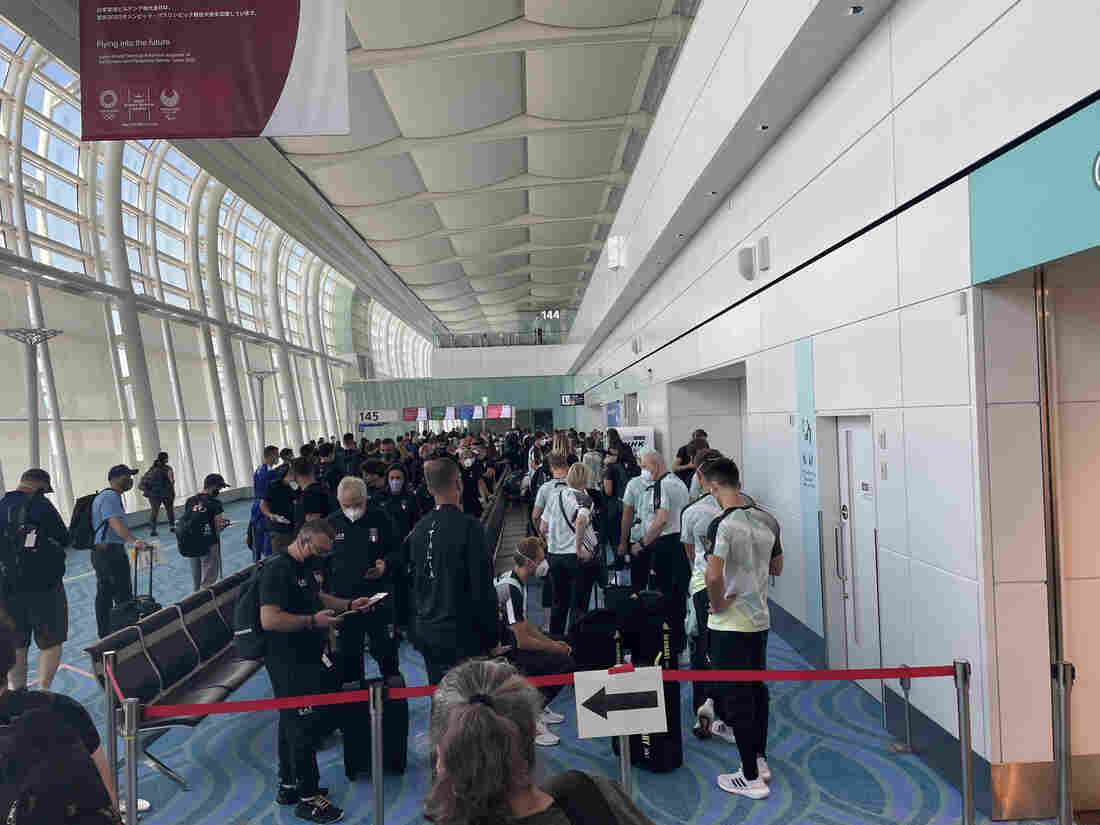 Long lines of people arriving for the Olympics wait to pass through an array of safety protocols at Haneda Airport in Tokyo.

The long lines are filled with other journalists, officials and athletes – we spot members of the Italian, German, Armenian and Namibian teams, to name just a few. This may be the only time we can get this close to any of the athletes, since there are so many restrictions.

We each spit into a plastic vial for a final COVID-19 test before entering Japan. All of us test negative again – though on this day, Saturday, at least seven others in Japan for the Olympics tested positive and were whisked into isolation.

It takes more than three hours to complete all the protocols from the time our flight touches down to departure from the airport. That’s significantly less time than many others we’ve talked to.

We board a bus that drives us through this very large city filled with high rises, to a terminal where we are driven – individually — in special taxi cabs, to our hotel. My taxi driver very politely asks that I respect the three day quarantine, and I assure him that I will.

The tiny room feels kind of like a sleeper car on a train. On Wednesday, we’ll finally be allowed to take Olympic shuttles to the venues. 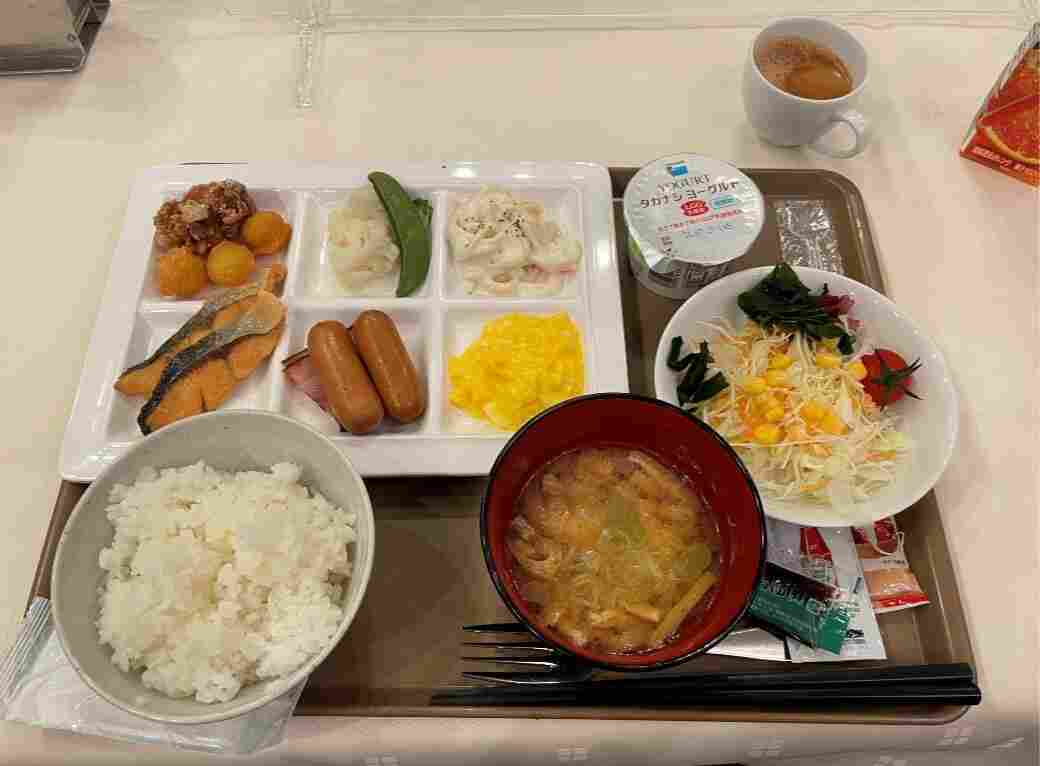 Breakfast in quarantine at our hotel in Tokyo.

The hotel serves breakfast, and otherwise we eat whatever we can get delivered or find in the convenience store attached to the building.

We’re not complaining. It’s an honor to be here, despite all the challenges. Our experience just illustrates what it takes to hold the largest event in sports in the middle of a global pandemic.