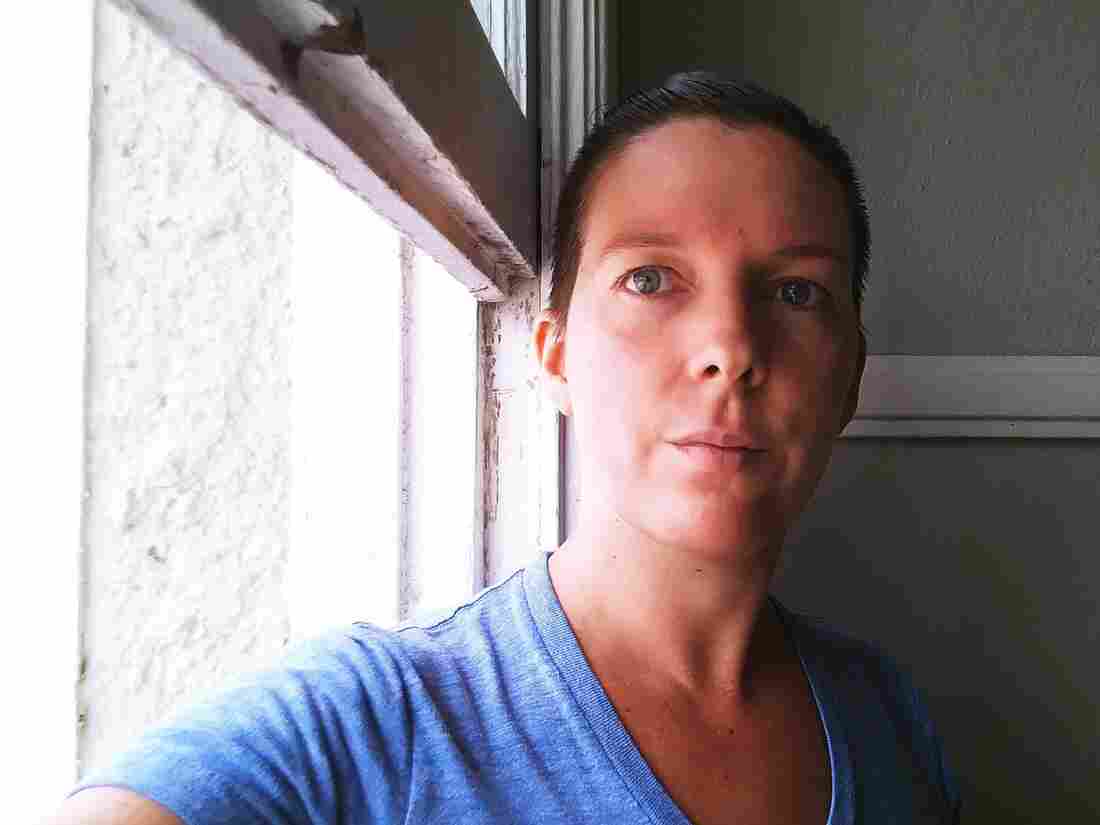 Lauren Van Netta in her apartment in New Orleans. “We don’t have a whole lot of options that don’t involve risking our lives,” she says. “We need help. We really do.”

But an extra $600 a week in federal unemployment benefits, which has been enabling them to pay their rent and other bills, will stop coming at the end of July.

“We don’t have a whole lot of options that don’t involve risking our lives,” says Lauren Van Netta. “We need help. We really do.”

Van Netta lost her job at a perfume store in New Orleans during the outbreak. She says she’s had serious bacterial infections that have damaged her lungs and compromised her immune system. And she has asthma. So even if she could find another job in retail, she says her doctors have told her that would be very risky.

She says even wearing a mask and trying to socially distance in a workplace, “it’s like the fear of, you know, I could make a mistake. And for me, that could be in a matter of life or death. So it’s scary.”

Van Netta says she hasn’t been able to find a job she can do remotely. Before her unemployment money started coming, she says she sold her favorite pair of boots for $120 just to have some cash to buy food. “It was pretty stressful.”

Since then she’s had enough to live on thanks to the expanded unemployment benefits. But Congress only authorized that extra $600 a week until the end of the month — even for people with underlying health conditions. And Van Netta says her state benefits alone, about $220 a week, won’t pay the bills.

Under the CARES Act, people with underlying conditions are supposed to be able to stay on unemployment even if they are offered a job if it’s one they can’t do remotely. But in those cases too, the $600 ends at the end of July. So public health and workers rights advocates worry that if that extra money stops coming, many people will be forced to take jobs that are unsafe for them.

Democrats in Congress want to extend those expanded benefits. But Republicans have expressed concern that the extra money is keeping some people from going back to work in lower paying jobs. Meanwhile the clock is ticking.

“It’s absolutely critical that it’s figured out before this expires in July,” says Sharon Block, executive director of the Labor and Worklife Program at Harvard Law School and a former senior Labor Department official. She says the need is particularly urgent “when you consider that we are in an expanding pandemic and not an ebbing one.”

Block says the the added federal benefits are needed for unemployed workers in general — but especially for those with serious underlying health conditions.

Beyond the unemployment issue, for these people at higher risk, the conditions their family members are working in can pose a threat too.

Alan works as a manager at a real estate company in Alabama. He doesn’t want his last name used because he fears repercussions at work. His wife has lupus, an autoimmune disease, and he says she takes medicine that suppresses her immune system. “So we knew that that was immediately gonna be something that we had to take additional precautions for,” he says.

Alan was working remotely until mid-May when he says his employer insisted that everybody return to work at the office. But he says the company is taking almost no safety precautions.

“I remember even my first day, I was called into a meeting in a conference room with four other people, in a small conference room, and I was the only one wearing a mask.” He says people sit and eat right next to each other in the lunchroom. “In an office of about 35-plus people, on a daily basis, I’m the only one that wears a mask when I’m around other people.”

Alan says a co-worker’s family member was diagnosed with COVID-19 and still nobody wore masks. He’s worried about catching it and bringing it home to his wife. He says he’s gone through feeling angry, frustrated, disappointed and depressed.

“It’s difficult for me to see so much selfishness or that’s the way that I interpret it,” he says. “We say we’re all in this together, there’s millions of people in the same situation that my wife and I are in with one of us being at higher risk.”

But Alan says he didn’t feel comfortable pushing the issue too hard with his employer because he’s afraid of losing his job in the pandemic and he has to support his family.

Block says a lot of people are in that same situation.

“They’re very, very vulnerable to retaliation for speaking out when it’s this kind of labor market,” she says. “Most workers have to be afraid that an employer could very easily replace them if they make trouble.”

Block’s program at Harvard just released a report on what state officials can do to require mandatory rules to make workplaces safer. She says the focus is on what states can because so far there are basically no federal mandatory safety workplace requirements for the pandemic.