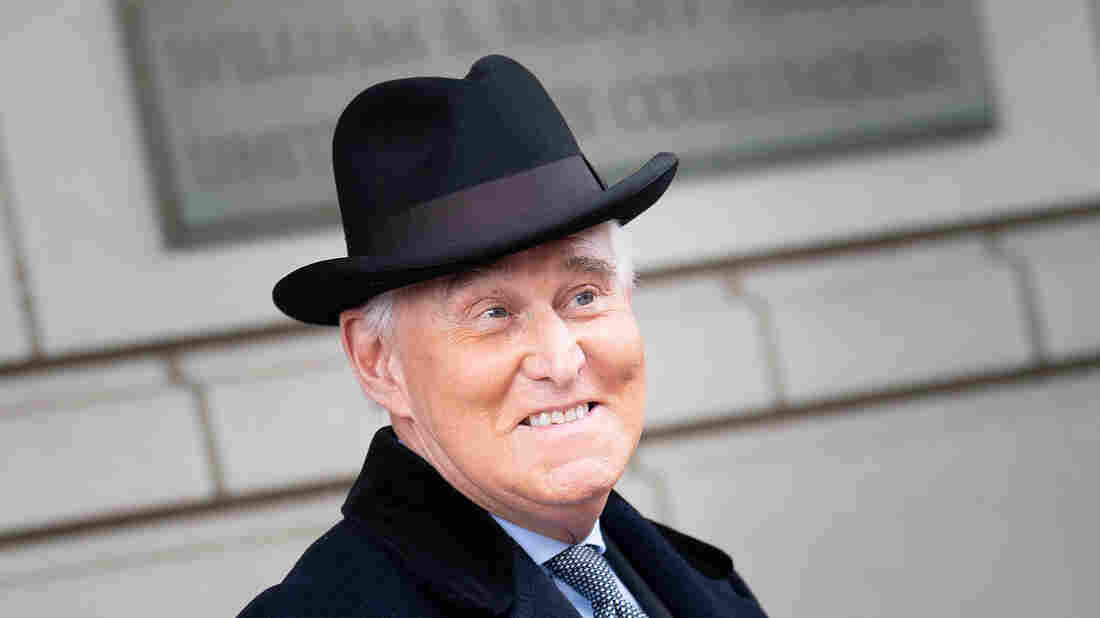 Roger Stone, seen here leaving a federal courthouse earlier this year in Washington, D.C., will not have to serve his three-year prison sentence for lying to Congress, witness tampering and obstruction of justice.

Democrats have had no shortage of descriptors for President Trump’s decision to commute Roger Stone’s prison sentence. Since Trump granted clemency to his longtime confidant Friday night, Democratic lawmakers have described it as “appalling,” “despicable,” an abuse of power and a “mockery of our democracy.”

Yet some harsh words Saturday came from a voice within his own party as well.

“An American president commutes the sentence of a person convicted by a jury of lying to shield that very president,” Sen. Mitt Romney, R-Utah, tweeted Saturday morning, describing the move as “unprecedented, historic corruption.”

The comments come less than a day after Stone received his reprieve from the White House. That call came down Friday night, when Trump abruptly relieved his close adviser of his 40-month prison sentence for lying to Congress, obstructing its investigation and witness tampering.

A jury last fall found that Stone supplied lawmakers with false statements during their probe into the 2016 presidential election, in an effort to cover up his outreach to WikiLeaks. The group had obtained — and eventually released — thousands of hacked Democratic emails.

In February, Stone received a lighter sentence than he could have gotten — but that did not satisfy the president, a longtime friend of the GOP political operative.

“Roger Stone was targeted by an illegal Witch Hunt that never should have taken place,” the president tweeted Saturday.

As of midday Saturday, Romney was the only prominent Republican to break with the president. It’s not his first time doing so. The senator has repeatedly clashed with the president and delivered the lone GOP vote for Trump’s conviction in his impeachment trial.

Other Republicans either have expressed their firm support — as Sen. Lindsey Graham and Rep. Jim Jordan have — or have kept silent.

Democrats, however, have felt no such hesitation commenting on Stone’s commutation. Among the dozens of Democrats to join the chorus of criticism were three high-profile members of the party: Speaker of the House Nancy Pelosi, Senate Minority Leader Chuck Schumer and former Vice President Joe Biden, the party’s presumptive presidential nominee.

“President Trump has once again abused his power, releasing this commutation on a Friday night, hoping to yet again avoid scrutiny as he lays waste to the norms and the values that make our country a shining beacon to the rest of the world,” the Biden campaign said in a statement released shortly after the commutation.

“He will only be stopped when Americans make their voice heard at the ballot box this fall. Enough.”

Pelosi vowed that “Congress will take action.” In a statement Saturday, she called for the introduction of legislation “to ensure that no President can pardon or commute the sentence of an individual who is engaged in a cover-up campaign to shield that President from criminal prosecution.”