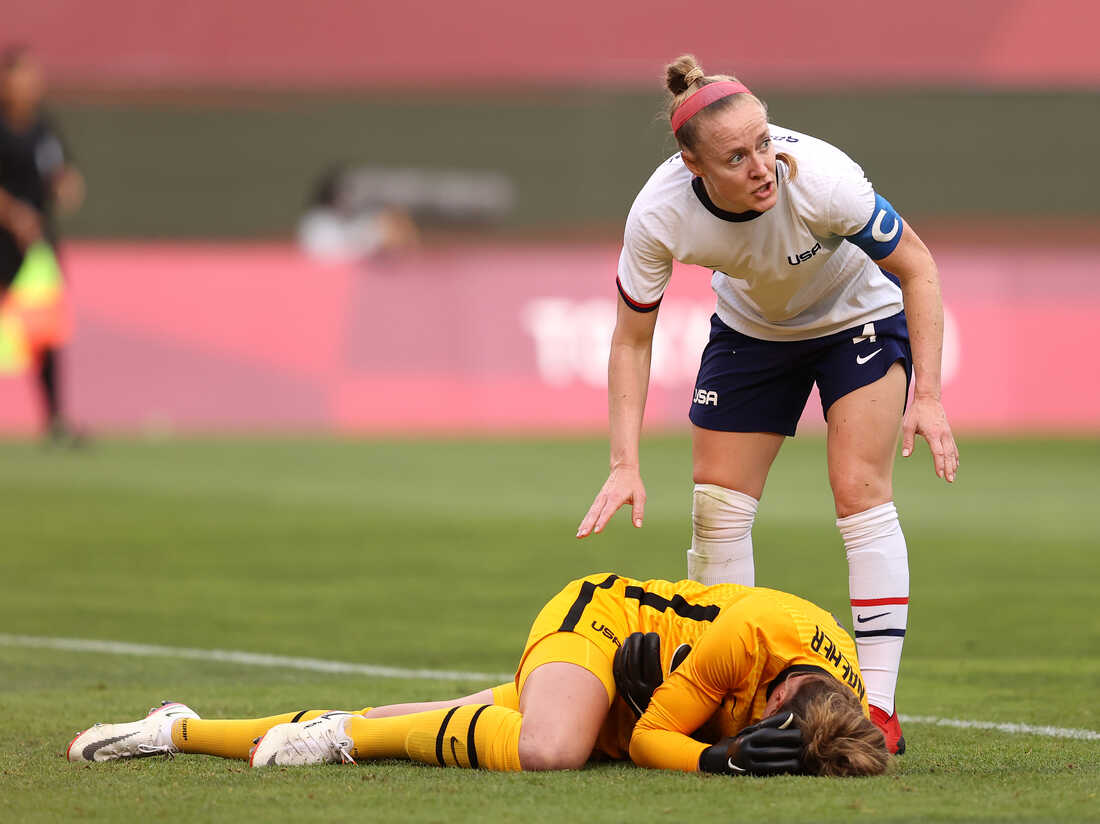 U.S. goalkeeper Alyssa Naeher lies injured as Becky Sauerbrunn checks on her during the Women’s semifinal match between USA and Canada on Monday at the Tokyo Olympic Games at Kashima Stadium.

In the 22nd minute, Naeher leapt for a ball, bumped into U.S. defender Julie Ertz and landed awkwardly. U.S. Soccer says Naeher “suffered a hyperextension of her right knee and a bone contusion.”

She remained on the ground while the team’s medical staff attended to her. Naeher played a few more minutes but visibly winced and raised her hand to be substituted out when she next kicked the ball. U.S. goalkeeper Adrianna Franch replaced her for the rest of the game. Canada defeated the U.S. 1-0 to advance to Friday’s gold medal match against Sweden.

U.S. Soccer said in a news release that Naeher had an MRI after the game which showed no ligament damage. “I’m disappointed I won’t be able to be on the field Thursday with my teammates competing for a medal, but I know this group will bounce back from a tough loss,” Naeher said. She’s expected to be out for several weeks.

The U.S. team, which is top-ranked and reigning Women’s World Cup champions, will take on Australia for the bronze medal on Thursday at 4 a.m. ET. The teams played to a scoreless draw when they met earlier in the tournament. 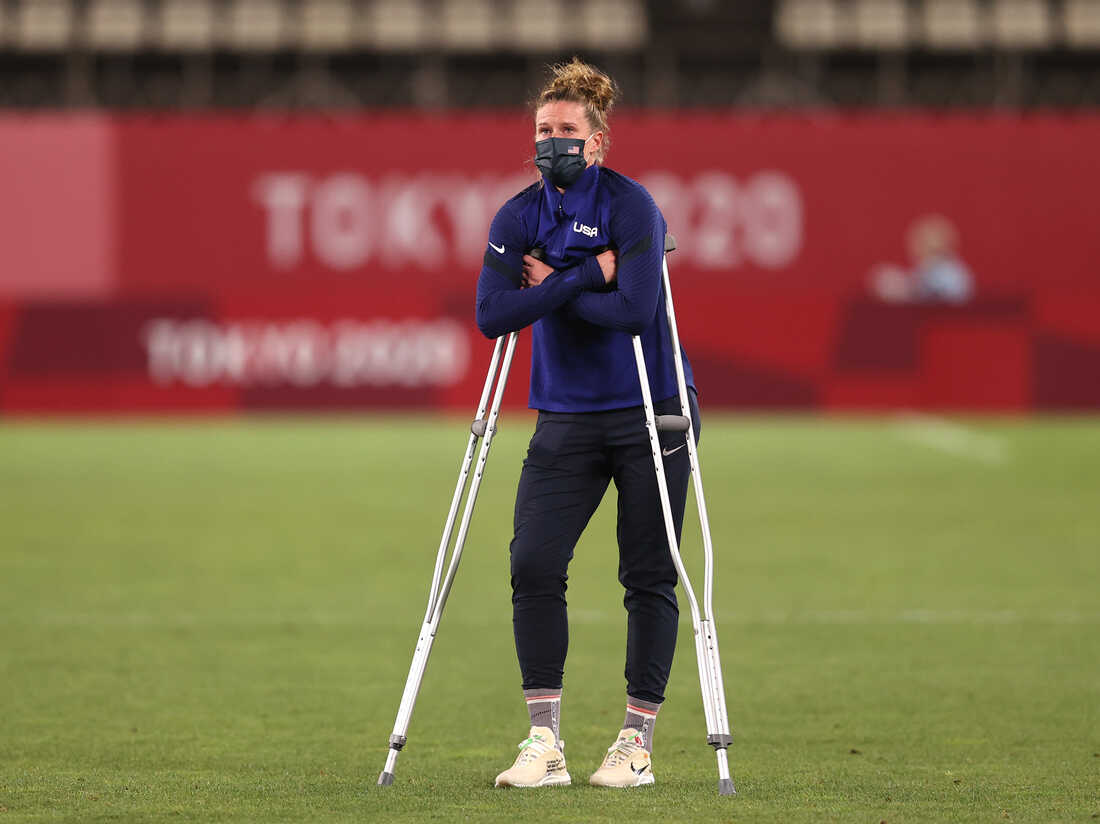 Alyssa Naeher stands with crutches following her injury after Canada defeated the U.S.