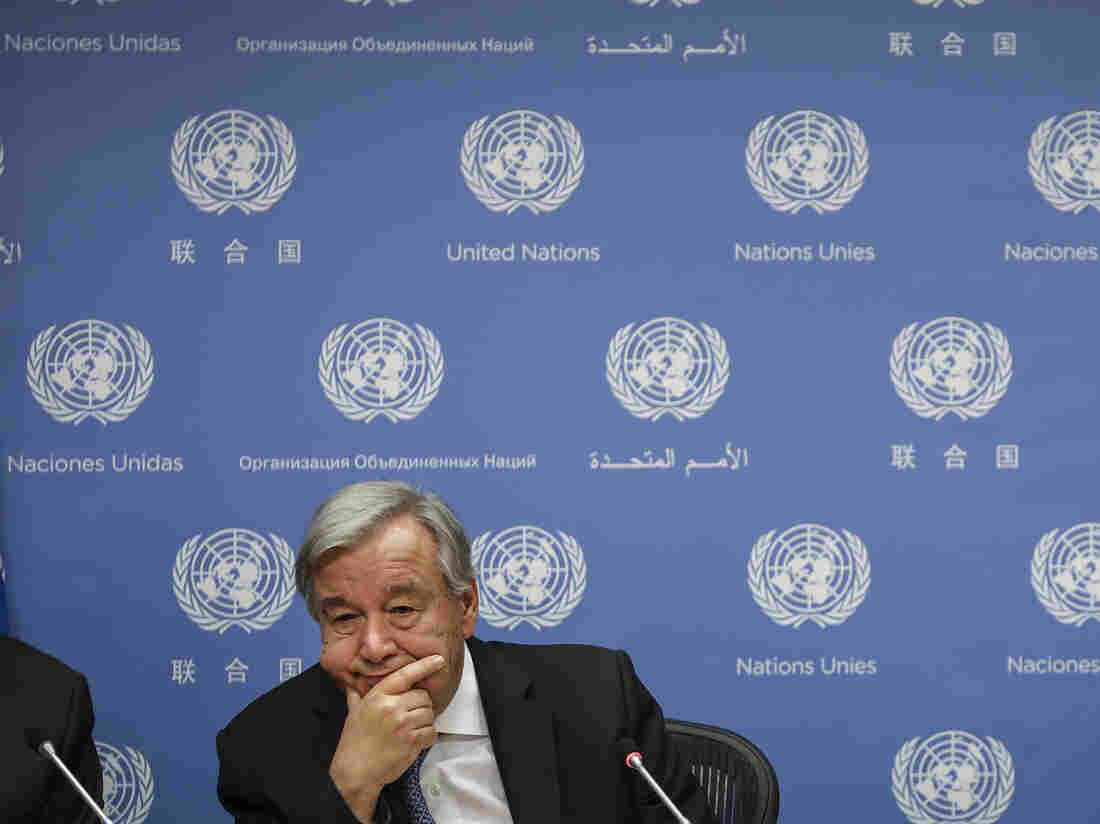 The United Nations Secretary-General warned this week that the organization is facing a “cash crisis” if member states do not pay the annual dues they owe: $1.3 billion in payments are outstanding.

“This month, we will reach the deepest deficit of the decade,” António Guterres told the General Assembly on Tuesday. “We risk exhausting the closed peacekeeping cash reserves, and entering November without enough cash to cover payrolls.”

As of the end of September, member states had paid just 70% of what they owe for the regular budget for the 2019 fiscal year. At the same time last year, that figure was 78%.

By Tuesday, 64 states had yet to pay their assessments in full – among them the United States, the U.N.’s largest contributor. The U.S. owes $674 million for 2019, and $381 million from previous budgets, a spokesman for the Secretary-General confirmed to NPR.

The U.S. generally makes its dues payments in October, and an official from the U.S. mission told NPR that it will pay “the vast majority of what we owe to the regular budget this fall.”

On Monday, the U.N. is set impose new measures to account for the budget shortfall. The organization won’t fill vacant posts, some meetings will be canceled or postponed, and travel will be limited to the most essential activities. The U.N. will struggle to pay its employees.

What does this mean for world diplomacy?

Let’s say the U.N. Security Council were to hold an emergency meeting next week to discuss the Turkish invasion of Syria. That meeting could stretch into the evening, but after 6 p.m., the diplomats will have to continue their work without the aid of interpreters. There isn’t currently the funding to pay overtime for such support staff.

President Trump tweeted about the U.N.’s budget deficit on Wednesday: “So make all Member Countries pay, not just the United States!”

The U.N. had already posted an “honour roll” of the 130 member states that have paid their dues in full this year.

Samantha Power, U.S. Ambassador to the U.N. during the Obama administration, replied to Trump’s tweet: “Other countries in fact pay 78% of @UN budget. They also provide nearly 100 percent of the 100,000 soldiers & police who help stabilize dangerous places like Mali & Lebanon where the US has important national security interests.”