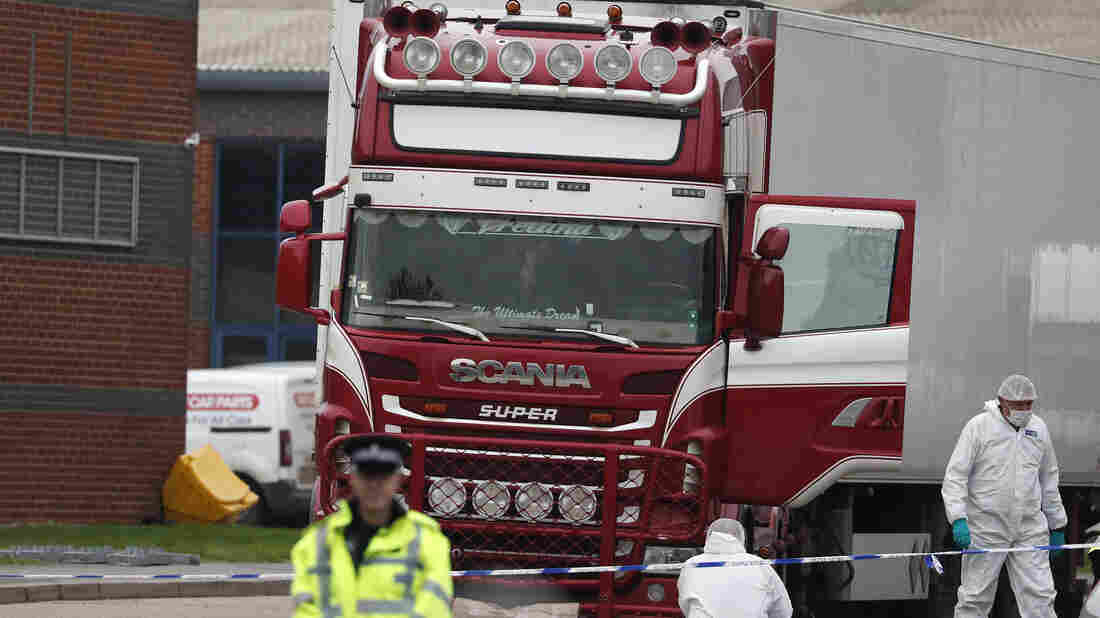 Essex authorities examine the truck that was found to contain 39 dead migrants. Police said Thursday the victims have been identified as Vietnamese nationals.

Thirty-nine people found dead inside a truck container in southeastern England have been formally identified as Vietnamese nationals, according to Essex police. The victims – 31 men and eight women — were illegally smuggled into the United Kingdom in October as part of an alleged human trafficking ring.

Police initially said the victims were Chinese nationals, however that identification was called into question after families in Vietnam reported missing family members to authorities and local press.

British and Vietnamese officials worked together to conduct DNA tests of the victims. On Thursday, authorities confirmed that each person’s identity has been verified and families of the deceased have been notified.

“This is an important step in the investigation and enables us to work with our Vietnamese Police colleagues to support the families of those victims,” Assistant Chief Constable Tim Smith said. “It is only right that we provide an opportunity for family members to take in the news confirming the death of their loved ones before releasing any further information.”

Five arrests have been made in the U.K., in connection with the deaths. Three people were questioned on suspicion of manslaughter and conspiracy to traffic people, and have been released on bail until November. Two men from Northern Ireland, including the truck’s driver, appeared in court facing charges of 39 counts of manslaughter, as well as human trafficking and immigration offenses.

The investigation is ongoing. British authorities are still searching for two brothers from Northern Ireland believed to be connected to the deaths.

Officials are conducting their own investigations in Vietnam. Several people suspected of being involved have been arrested, according to state media.

In a statement made last week, a spokesperson for Vietnam’s Ministry of Foreign Affairs thanked British authorities for their work and called for an end to human trafficking.

“Vietnam strongly condemns human trafficking and considers it a serious crime subject to strict penalties,” said Le Thi Thu Hang. “Vietnam calls upon countries in the region and around the world to step up cooperation in combating human trafficking in order to prevent the recurrence of such tragedy.”

The victims were found dead on Oct. 23 in Grays, a town next to the Thames River east of London. Police said the truck and the container entered the country at two separate times. The refrigerated trailer holding the victims entered the U.K. through the Belgian port of Zeebrugge and was driven away less than an hour after its arrival.

Paolo Zialcita is an intern on NPR’s Newsdesk.