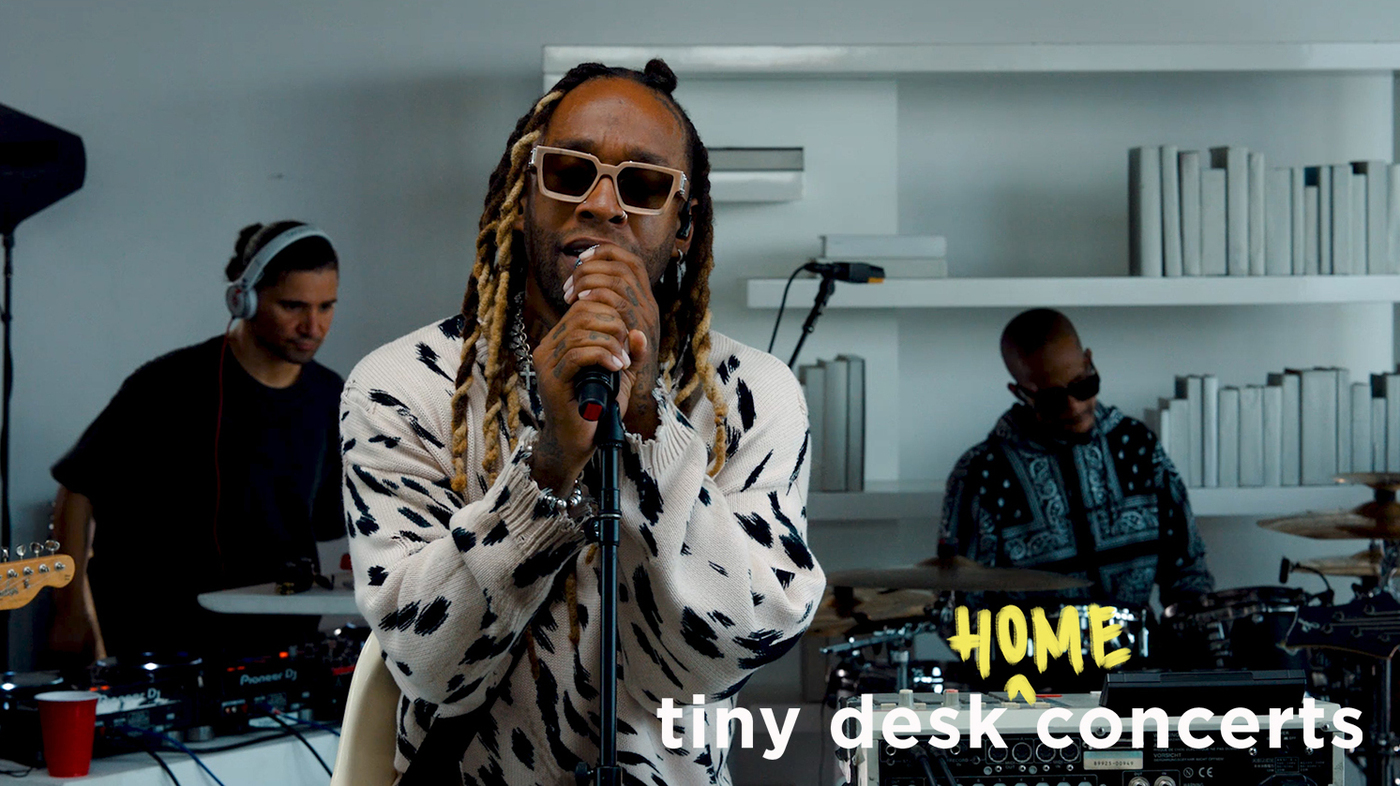 Superstar songwriter Ty Dolla $ign has too much history with NPR Music and too many hits under his belt to deliver us just any ol’ Tiny Desk from home. He assembled a roster of frequent collaborators (including Skrillex) under one roof to perform some jams from his new album, aptly titled Featuring Ty Dolla $ign, as well as a few of his chart-topping singles.

While many know Ty as pop’s go-to feature artist, the Los Angeles native has steadily crafted his own diverse catalog, with more than a dozen albums, mixtapes and EPs to his name. With Featuring, he flips the script, roping A-list pop stars — like Post Malone, Nicki Minaj, Future and Young Thug — into his own world, using them to define the Ty Dolla sound.

This Tiny Desk (home) concert was a long time coming. Ty visited the NPR Music offices last year, where he performed an emotional tribute to Mac Miller, and it’s something we’ll never forget, but he wanted to start fresh and focus on the music of Featuring. Fast forward more than a year later, and we finally have that full-length Ty concert so many of you have been asking for.