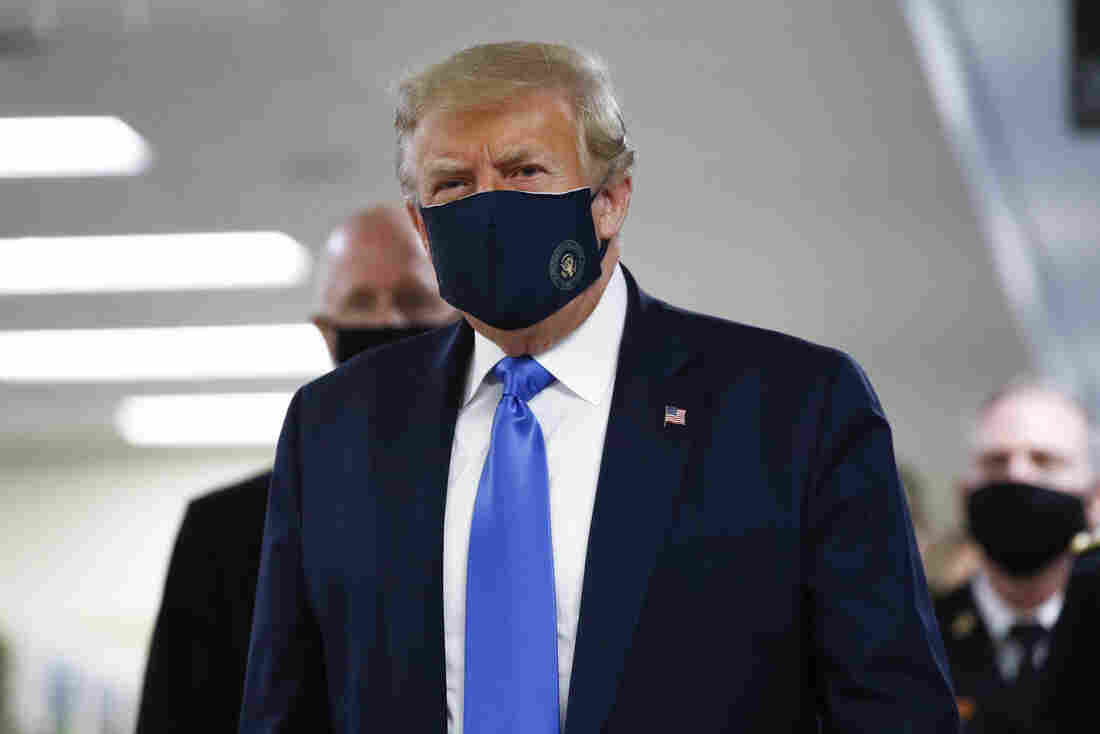 President Donald Trump on Saturday was photographed wearing a mask during a visit to the Walter Reed National Military Medical Center, after months of refusing to don the medical expert-recommended face coverings meant to help slow the spread of the coronavirus.

“I love masks in the appropriate locations,” Trump said, speaking to reporters at the White House before his visit.

Trump’s usual reluctance to cover his mouth and nose in public has been a point of controversy during the nation’s coronavirus crisis, especially as cases of COVID-19 continue to spike — particularly in Republican-led states.

Before taking off for Walter Reed, Trump said he’d “probably” wear a mask.

“I think when you’re in a hospital, especially in that particular setting, where you’re talking to a lot of soldiers and people that, in some cases, just got off the operating tables, I think it’s a great thing to wear a mask,” the president told reporters. “I’ve never been against masks, but I do believe they have a time and a place.”

Trump was at Walter Reed to visit wounded soldiers and medical professionals at the facility who specialize in coronavirus care.

The president had indicated earlier this week that he would likely wear a mask to the medical center to avoid the possibility of infecting soldiers.

“You’re in a hospital setting, I think it’s a very appropriate thing,” Trump said during a Thursday interview with Sean Hannity on Fox News. “I have no problem with a mask. I don’t think you need one when you’re tested all the time, everybody around you is tested.”

“If I’m with soldiers, people that — you know, I don’t want to spread anything.”

Trump has briefly worn a mask before during a May visit to a Ford facility in Michigan, at the request of company chairman Bill Ford and out of view from media and photographers.

The topic of wearing face masks has become a politicized issue, despite their effectiveness in helping to slow the spread of the deadly virus. The Centers for Disease Control and Prevention recommends individuals wear close-fitting cloth masks in public to help prevent the spread of COVID-19 from the mask-wearing individual to others.

The United States has recorded more than 3 million coronavirus infections and more than 130,000 Americans have died from the virus.

Recent research suggests that more widespread mask usage could help prevent between 17,742 and 28,030 deaths across the United States before Oct. 1.

More than 20 states now require face masks to be worn in public. But some of the hardest-hit states, particularly Arizona and Florida, have declined to issue such orders statewide.