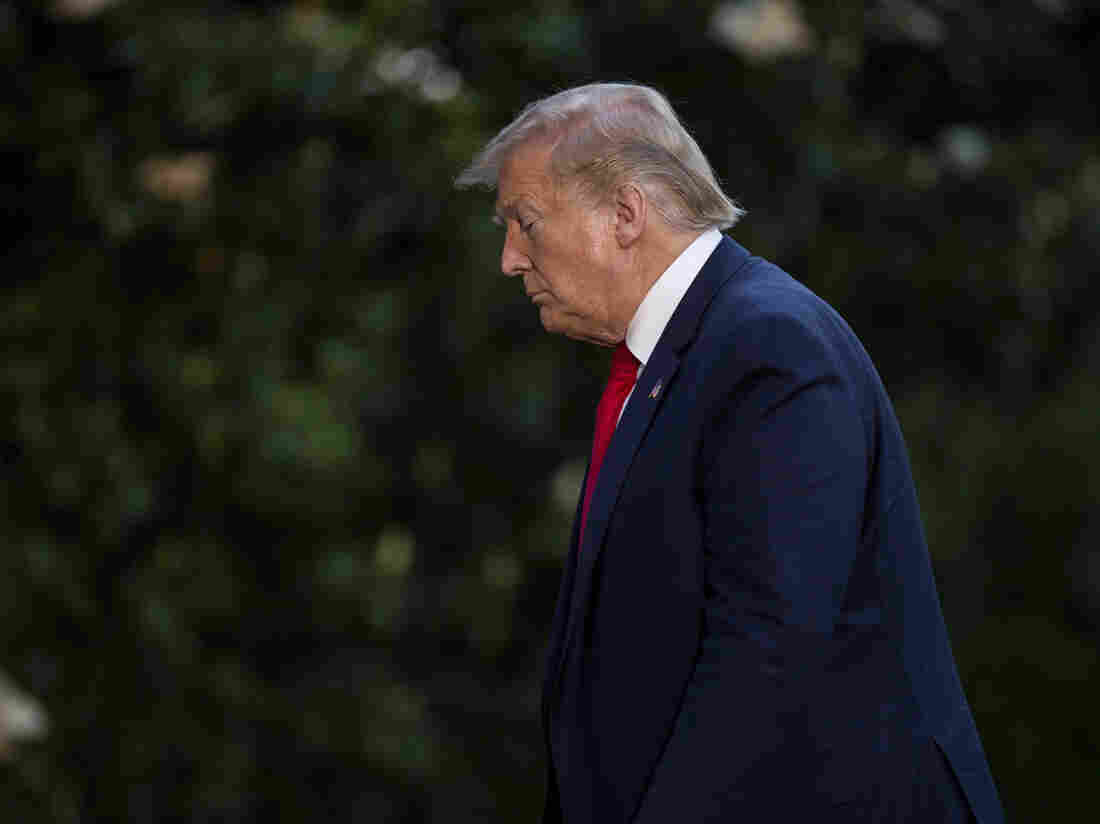 President Trump arrives at the White House on May 30.

President Trump on Monday called governors weak and urged them to dominate protesters who turn violent amid demonstrations following the death of George Floyd, a black man in Minneapolis who died after a white police officer kneeled on his neck.

Trump’s comments came during a contentious phone call with state leaders to discuss the chaotic protests. A person on the call briefed NPR of its content.

The person said Trump urged governors to send lawbreaking protesters to jail “for a long time” and he repeatedly told them to use the military.

“We have a wonderful military,” Trump said, according to the source.

The source described the question-and-answer session between Trump and the governors as combative.

“I’ve been incredibly concerned by some of the rhetoric that’s being used by you,” Illinois Gov. J.B. Pritzker, a Democrat, told the president, according to the source.

The president reportedly replied: “I don’t like your rhetoric much, either.”

The Republican president spent much of the weekend on Twitter decrying protests that turned violent as a failure of Democratic local leaders not acting aggressively enough in quelling them.

In many cities, including Minneapolis, Atlanta and Seattle, some protesters clashed with police, looted businesses, and set buildings and cars on fire. Protests were also held outside the White House in Washington, D.C.

Kelsey Snell and Krishnadev Calamur contributed to this report.