Tim Minchin Hauls A Piano Across Australia In ‘Upright’ 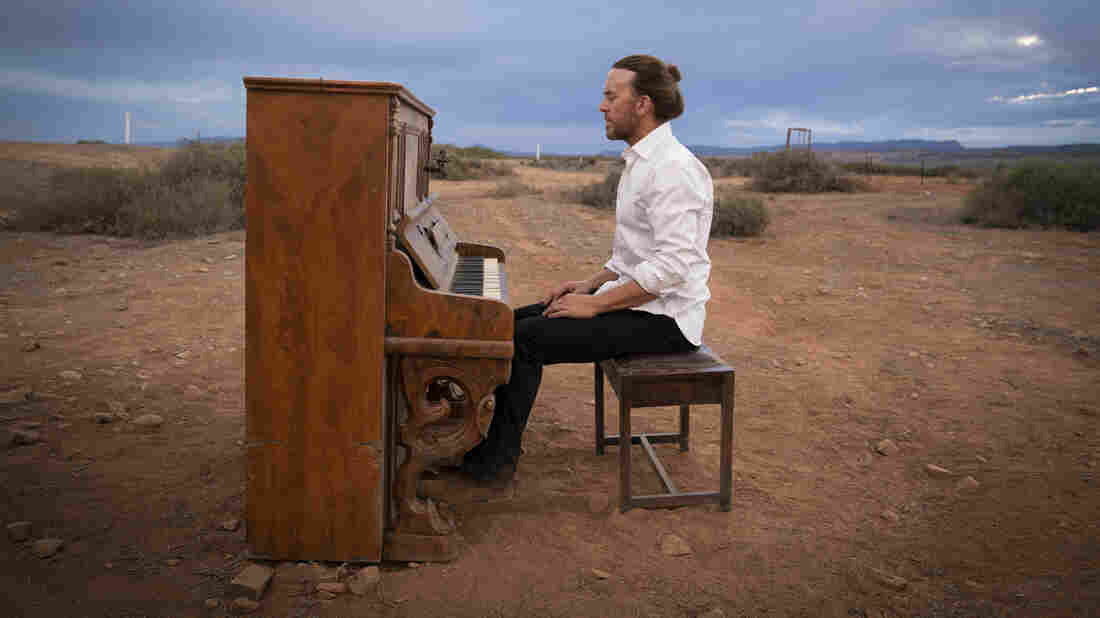 The series Upright opens with a man hauling an upright piano in a trailer across the bare Australian landscape. He’s frazzled and alone at the wheel, guzzling beer and gobbling pills. He gets a text message: “Mate. Time is running out. Don’t duck this up.”

Then he drives into a ditch, hears his piano bleat, and the shouts of an angry, profane 16-year-old he’s just run into. Upright is the story of two strangers, Lucky and Meg, who take off across the expanse of Australia, scheming, swearing, pilfering, and becoming vital to each other.

The series, airing on Sundance Now, stars and is co-created by singer, songwriter and satirist Tim Minchin. He says Lucky and Meg “got delivered to me by a friend of mine called Chris Taylor, who came up with this premise, basically that he wanted to create a comedy show with me in it that involved a guy trying to get across Australia with a piano on the back of a ute, what we call a pickup truck. And I thought it was a pretty seductive kind of idea. And he and a couple of other friends of mine writers invented Meg as well. I sort of got a really strong feeling quite early that a story like that could bear the weight of a lot more drama. So it went from being a quite lighthearted sitcom, which was what the pitch was, to being a much bigger story.”

On whether American audiences will understand all the Australian

I have to speak basic Australian. Look, I’m not interested in forwarding artificial tropes of Australian — blokey kangaroo, you know, crocodile wrestling nonsense. I was incredibly keen, as were all the writers, to make something quite sophisticated, and Upright is a quite sophisticated story. That said, in your desire to avoid tropes, you don’t want to turn your back on the actual absurd reality of your own culture. And the fact is, you can’t drive across this country without almost hitting a kangaroo, and you can’t walk through the desert without getting yourself in a bit of trouble. And if you do have interactions with all the wild and wonderful characters who live in the outback of Australia, you will find they are pretty different.

On writing female characters, like Meg and Roald Dahl’s Matilda, in the musical adaptation

I think a great part of the adventure of creation is trying to place yourself in other people’s shoes. I think that’s what all of us need to do all the time. I think empathy is intuitive, but it’s also something that you have to work on because, of course, your empathy tends to more easily fall with people more like you. So you actually have to fight to try and place yourself in the shoes of others. And I guess I’m intellectually interested in that.

I’m open to hearing the ways in which especially powerful groups — like straight, white, cisgendered males like me — I’m absolutely sure there is cultural appropriation. I don’t think that necessarily means that everyone should only write from their own point of view, just because there’s a power differential. I think that just can’t possibly end well. And the other thing — and this, I don’t know, might get me some criticism, but I can write a song from a female point of view better than many females, not because of my gender, but because I’m a songwriter. I’ve spent many, many, many years working on the craft of songwriting. The craft is of trying to place yourself in other people’s shoes and find interesting ways to express things. And if I have a particular ability, hypothetically, to express things in a way that shines a light on something, then it would be a pity if I only use that craft to shine a light on a straight male cisgendered point of view.

On the song “Carry You”

So I wrote “Carry You” in the back of the prop truck, and I realized that what I needed to write about is a really universal idea, that when you can’t be with one another — and obviously it has become incredibly resonant in this current weird time when we’re away from our families, and I’ve actually lost a couple of friends this year — it’s really just a song about how whether you like it or not, whatever you believe, the people we can’t be with, you carry them and you carry them, not just in a lovely way, not just in memory, but almost as a burden. You get a sense in this song that he almost wishes he didn’t have to carry it quite so much.

This story was edited for radio by Denise Guerra and Martha Ann Overland, and adapted for the Web by Petra Mayer