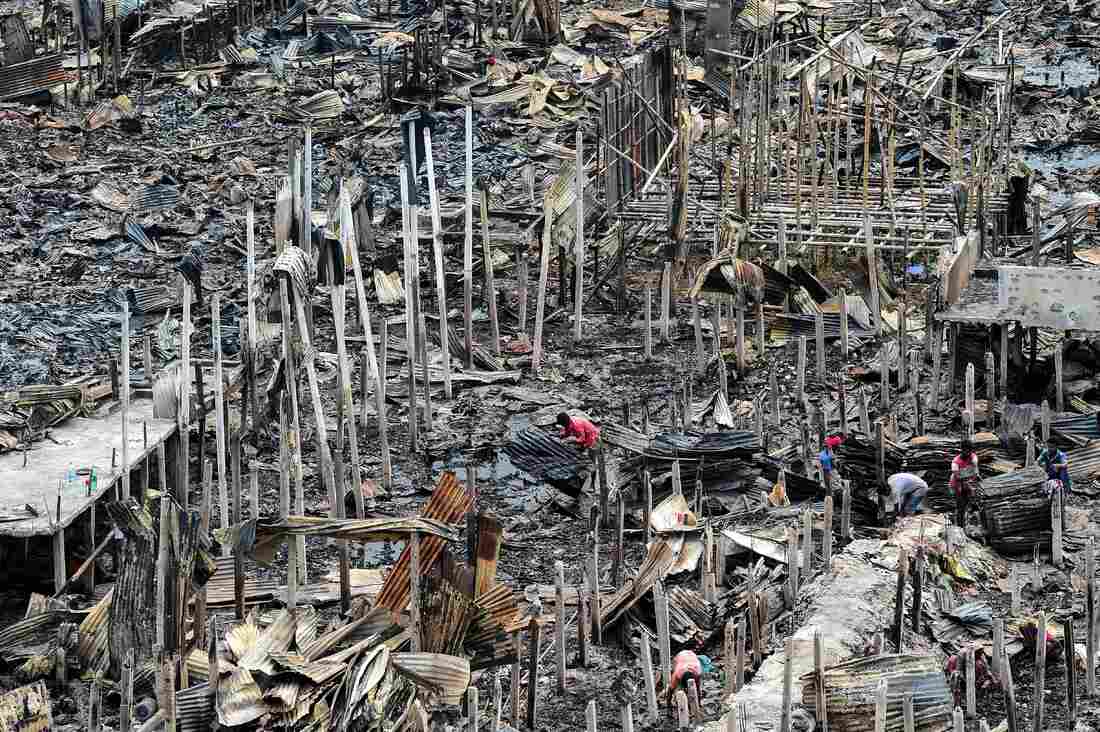 A fire that broke out on Friday night in the Bangladeshi capital of Dhaka has left nearly 10,000 people homeless. The fire destroyed hundreds of shanties in a slum where many people work in the city’s garment factories.

Approximately 10,000 people were left homeless in Bangladesh’s capital city, Dhaka, after a fire burned through hundreds of shanties in a slum on Friday night.

Many residents, most of whom are low-wage garment factory workers, were celebrating the Muslim holiday Eid al-Adha and were not home when the fire broke out. While some people sustained injuries, no deaths have been reported, according to the BBC.

The Guardian reports that those who were displaced have found temporary refuge in surrounding schools.

As the government tries to find a more sustainable solution for those who lost their homes, it is also trying to address immediate needs.

“We are providing them with food, water, mobile toilets, and electricity supply,” says municipal official Shafiul Azam, according to The Guardian.

Of those who were at home when the fire broke out, they were unable to salvage much of anything.

Saidur Rahman escaped the fire and told the Dhaka Tribune that, “Everyone was in the same situation; nobody was able to come out with anything. We are poor people. I do not know what to do or where to go.”

Shanties, like those destroyed, are typically made out of thin sheet metal, wood, and plastic, making them particularly susceptible to fires.

According to Enamur Rahman, Bangladesh’s state minister for disaster management and relief, “80% of the slum has been completely or partially destroyed.” Rahman told CNN that the Bangladeshi government has plans to provide food and financial assistance to each person affected by the disaster.