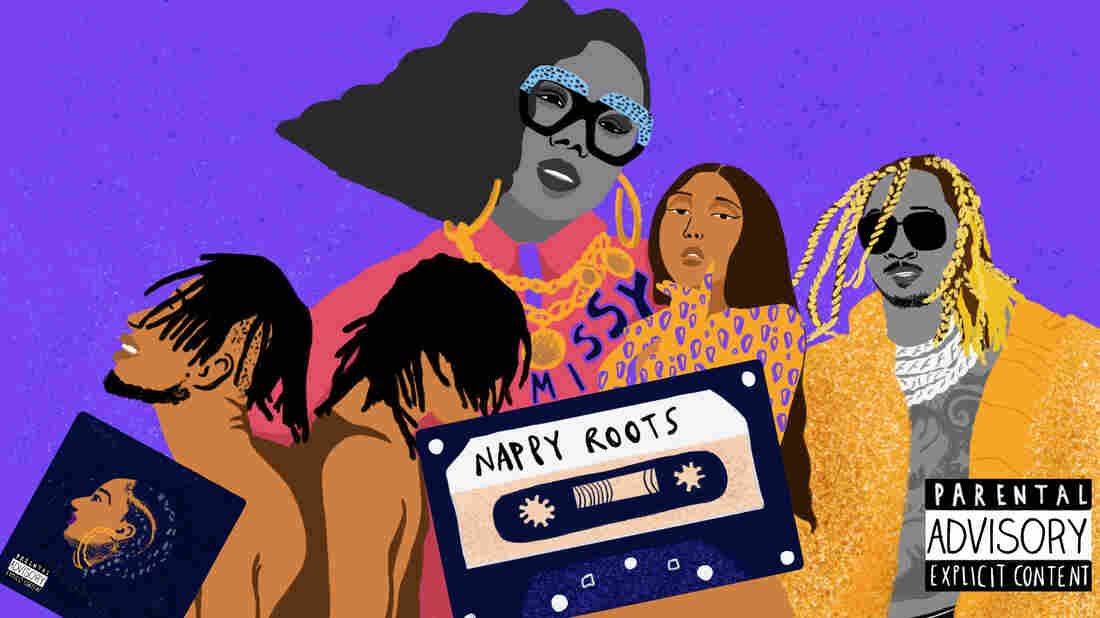 This week, NPR Music launched The South Got Something To Say: A Celebration Of Southern Rap. The project is centered around a canon of 130 greatest releases by Southern rappers; it was assembled by a team, led by critic Briana Younger, of Southern critics, scholars and writers representing the Carolinas, Georgia, Florida, Maryland, Mississippi, Texas, Tennessee, Louisiana and Virginia.

Younger and NPR Music hip-hop critic Rodney Carmichael spoke to All Things Considered about the inspiration for the project, the sound of Southern hip-hop and the future of the genre.

Below, you can stream the songs and selected tracks from the albums and mixtapes that comprise our list via Spotify and Apple Music.