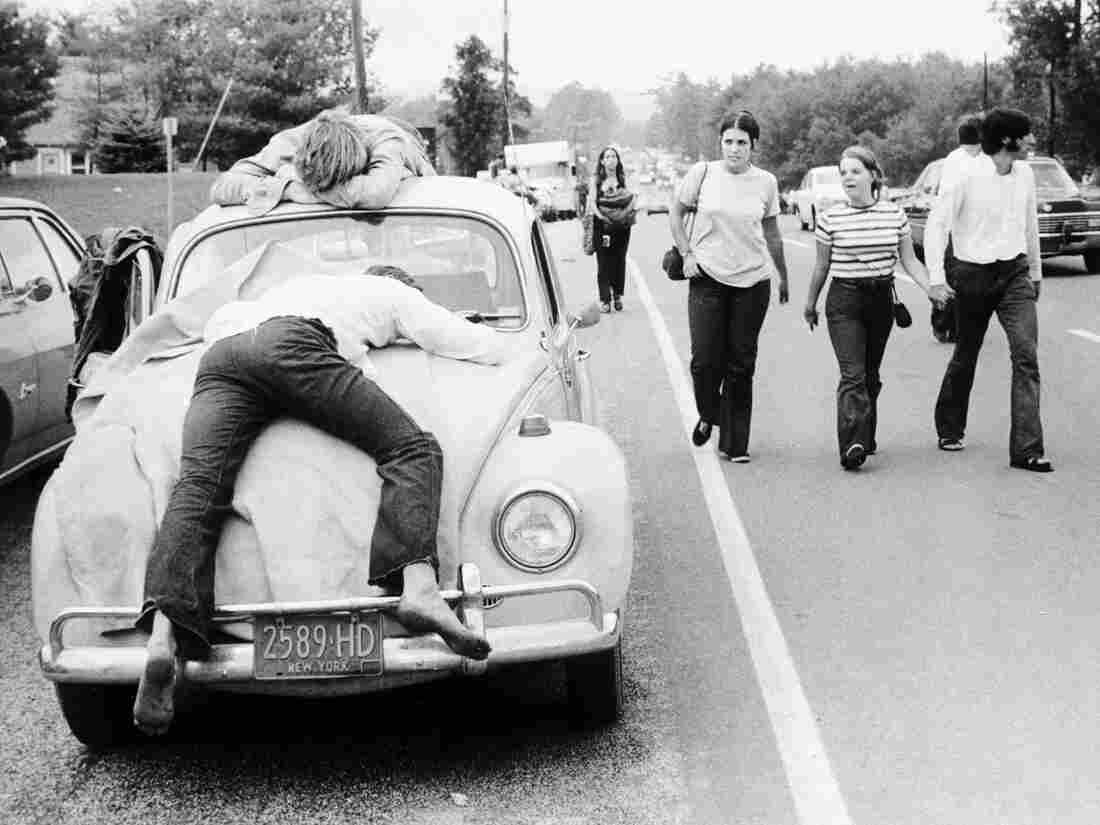 Two Woodstock attendees on their Volkswagen Beetle in 1969. An emblem of the hippie era in America, the car was marketed in the U.S. as adorably uncool.

It’s the end of an era — an era that has stretched on for a very long time, albeit with slightly different silhouettes.

The last Volkswagen Beetle, a third-generation Denim Blue coupe, will be produced in Puebla, Mexico, on Wednesday.

“It’s impossible to imagine where Volkswagen would be without the Beetle,” said Scott Keogh, president and CEO of Volkswagen Group of America. “While its time has come, the role it has played in the evolution of our brand will be forever cherished.”

An emblem of the hippie era in America, the car was marketed in the U.S. as adorably uncool. Volkswagen promoted the Beetle with cheeky advertising campaigns using slogans like “Live below your means” and “It’s ugly, but it gets you there.” In 1969, one of the vehicles cost $1,799.

Perhaps that image — and its good value — helped the auto to overcome a not-proud history: Volkswagen was founded as a project of Adolf Hitler, and its earliest cars were used for both civilian and military purposes. Volkswagen was relaunched by British authorities after World War II, and its car was rebranded as the Beetle to distance it from its Nazi heritage.

It worked. A couple decades later, the car was the anthropomorphized star of a run of movies starting with The Love Bug and on to Herbie Fully Loaded. 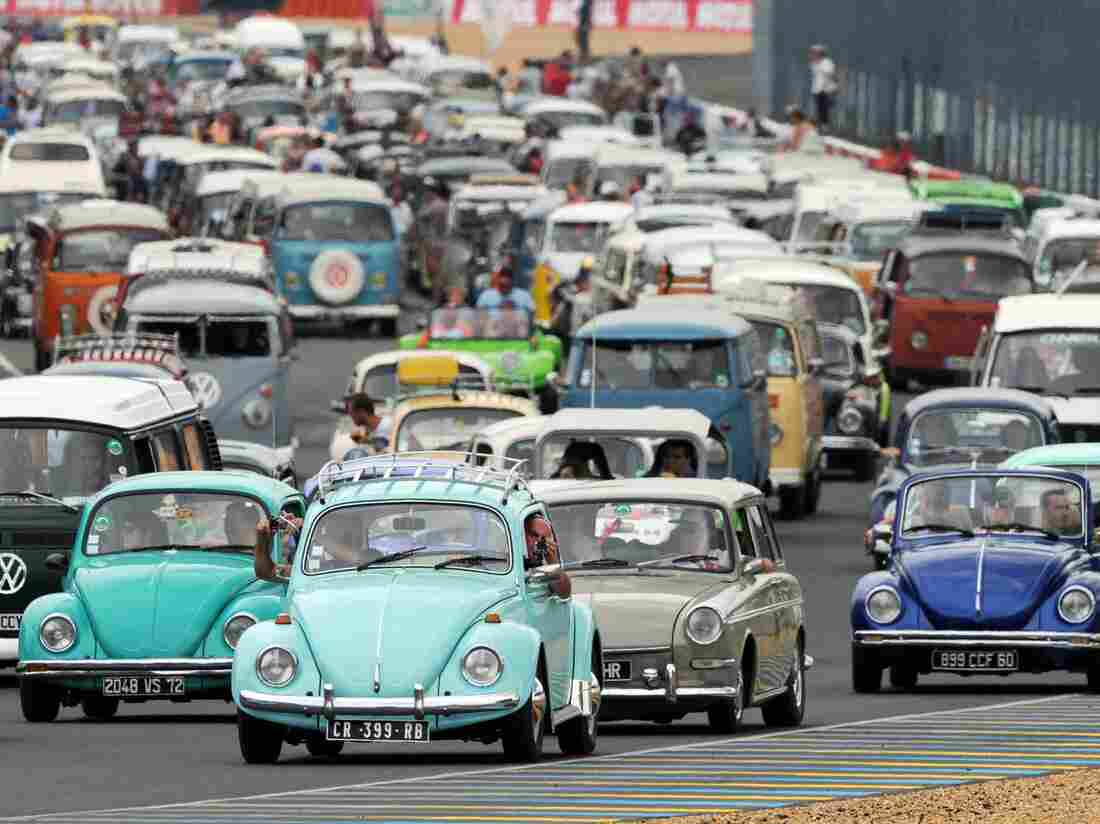 The Volkswagen Beetle will cease production on Wednesday at the company’s factory in Puebla, Mexico. Here, vintage Beetles and other Volkswagen models at a VW festival in France in 2014.

Volkswagen launched the New Beetle in the 1998 model year, aiming for whimsy with a built-in flower vase. It found initial success, with 80,000 sold in the U.S. in 1999.

The automaker revamped the Beetle again for 2012, but sales sputtered as time went on and SUVs became popular in the U.S. As Volkswagen writes in a love letter to its most famous creation: “Cult is not necessarily synonymous with sales. … The Beetle has not been able to attain the global success of the new ‘Volkswagen,’ the Golf.”

The current Beetle starts at $20,895 and comes in a sporty convertible model, too. Both are ending production on Friday.

The Beetle hasn’t been produced in Germany since the 1970s. But production of the original Beetle continued at the Puebla facility until 2003, and the later editions were exclusively produced in Puebla. 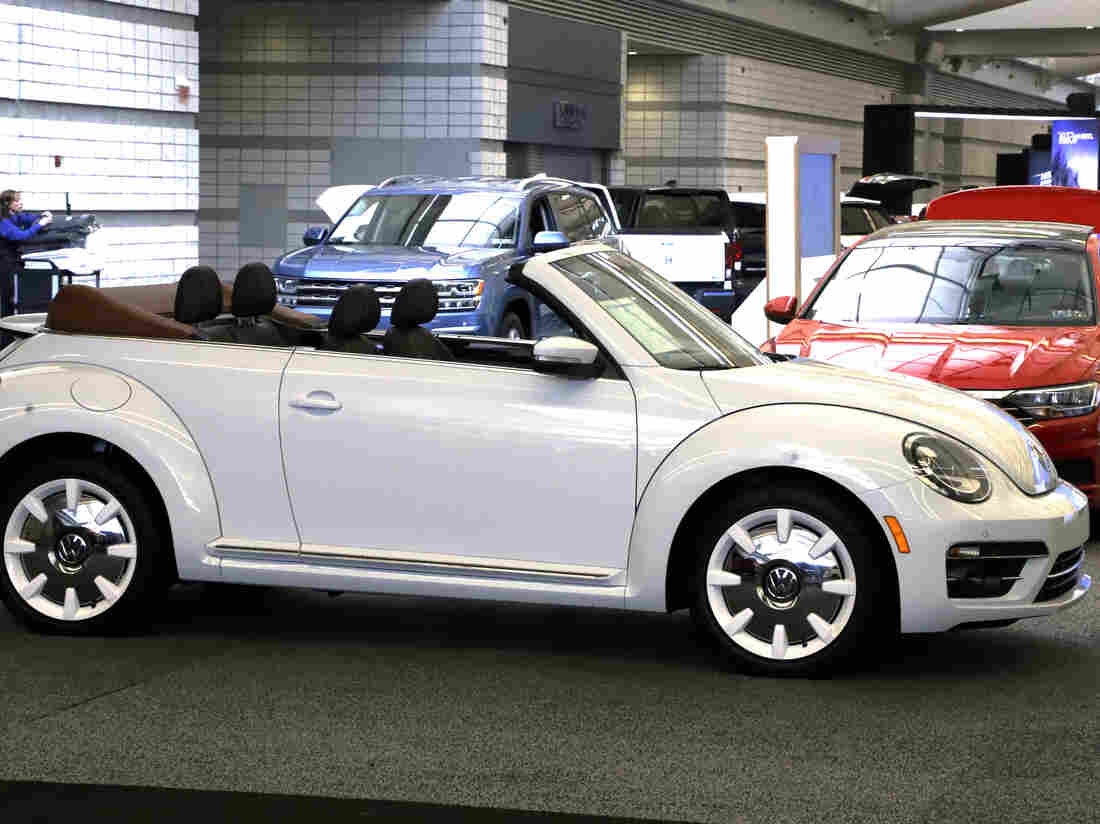 A 2019 Volkswagen Beetle convertible on display at the Pittsburgh International Auto Show in February.

The factory in Puebla has been producing cars for more than 60 years and is a worldwide export hub for VW’s vehicles. Once it stops producing the Beetle, it will turn to producing a new compact SUV that will be positioned below the company’s Tiguan model.

While production of the Beetle is ending, don’t think the nostalgia is over. Volkswagen has plans to launch a new version of its classic VW bus in 2022 — this time, it’s electric.

And in this era when most anything can be rebooted, VW didn’t close the door forever on the Beetle.