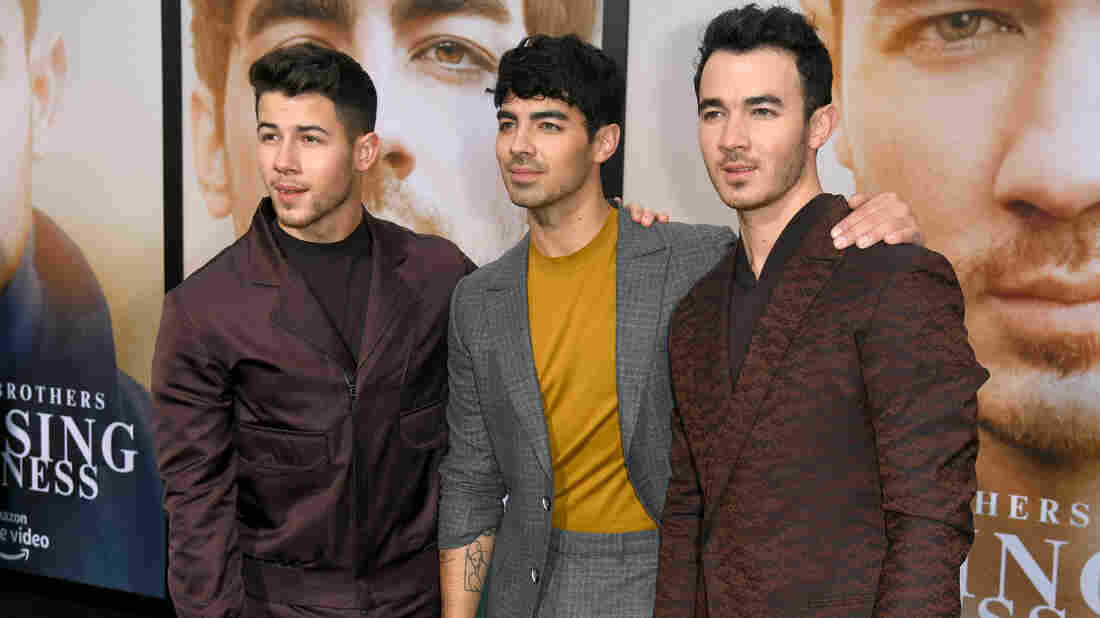 As early 2000s Disney Channel stars and a platinum-selling pop rock band, the members of the Jonas Brothers — Kevin, Joe and Nick Jonas — have grown up a lot in the public eye. But when the band suddenly split up in 2013 in lieu of solo careers and family time, fans were left wanting more.

After a six-year break from the band, the brothers officially reunited in February of 2019 and quickly celebrated by releasing the single “Sucker,” a song that would eventually mark the group’s first No. 1 single. Now, the brothers have released a new album called Happiness Begins along with a documentary called Chasing Happiness that charts the fame, the split and the reunion.

Joe admits that he was the hardest to sell on the reunion. “Some were quicker to say ‘Let’s do it again, like let’s do the full band let’s let’s start it up,'” he says. “I was a little bit hesitant. But after some time of talking through some stuff that I needed clarity on, we decided it was the right time. I think what was best for us is that it wasn’t in the spotlight. We didn’t announce we’re getting back together then the healing took place. We actually did it behind closed doors, which was was wonderful.”

While Joe had doubts about getting back into the band itself, Nick had other concerns.

“I think there was a lot of conversations we had last year where, you know, there was doubt around if people would even care,” Nick says.

But that worry quickly faded. When the band released Happiness Begins in June 2019, the album not only debuted at No. 1 on the Billboard 200, it moved the largest volume of total units — 357,000 in pure album sales — of any No. 1 album in the United States in 2019 so far.

Looking back on the band’s break-up now, Kevin says it was the best thing to do in order to keep the family intact.

“It’s amazing that Nick had the guts at the time to rip off the Band-Aid like he did,” Kevin says. “It hurt in the moment. But long-term, it was what everyone needed. Nick needed to go do his solo project. Joe needed to create DNCE. I needed to spend time at home and be with my family and my children be a father … And because of it, I think we’re stronger today than we were even then.”

Nick, the same brother who broke up the band, would eventually be the one to bring it back together: “I felt like there was a magic missing in those things that I was doing on my own that I wanted to feel again with the brothers.”

Now that the members have worked through the issues that tore the band apart, their advice for families going through conflict — whether its professionally related or not — is fairly simple. “I think speaking honestly about what’s going on and not holding it in and letting it just sit there and simmer is the most important thing you can do,” Kevin says.

Kevin, Joe and Nick spoke with NPR’s Michel Martin about balancing the peaks and pitfalls of fame, deciding to reunite and more. Hear their full conversation at the audio link.