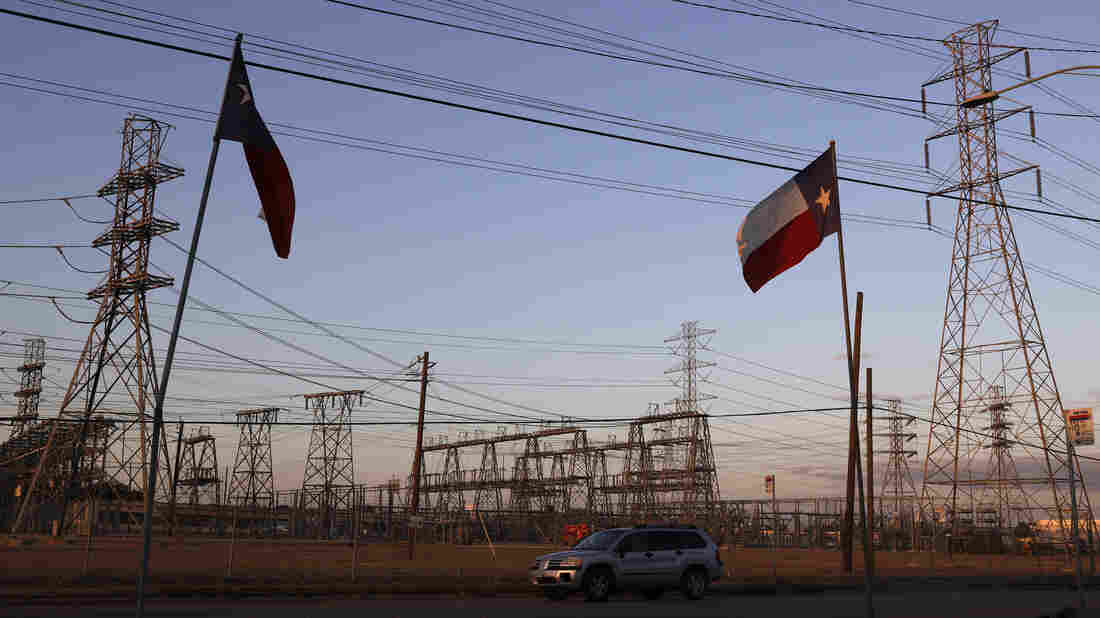 Cristian Pavon’s family says negligence caused his death last week at age 11. Their home had been without power for two days as extreme cold hit Texas, a relative says. Here, an electrical substation is seen in Houston on Sunday.

A Houston-area family whose son died during an extended power outage is suing their electricity provider and the agency that oversees most of Texas’ energy grid. The family of Cristian Pavon say he died at age 11 because of negligence.

The family lives in Conroe, a city about 45 miles north of central Houston. Like millions of other people in Texas, they were forced to live without power as a wave of record-setting cold temperatures created chaos and life-threatening conditions across the state.

Cristian Pavon died last Tuesday, when the local temperature in Conroe had dropped to 12 degrees, according to Jaliza Yera, a relative who set up a fundraising page for his parents. At the time, the family’s home had been without electricity for two days, Yera said.

The lawsuit said the child “died of hypothermia, and the family is asking for more than $100 million in damages,” Houston TV station KHOU news reported, adding that the medical examiner’s office had not yet released a cause of death for the boy.

The family is suing Entergy Texas, their electricity provider, and the Electric Reliability Council of Texas, which manages nearly all of the state’s power grid.

“We are deeply saddened by the loss of life in our community,” an Entergy Texas spokesperson said when reached for comment on Monday. “We are unable to comment due to pending litigation.”

Entergy and other electricity providers in Texas began imposing rolling blackouts early last Monday, after the state’s grid operator issued an energy emergency declaration that cited sharply reduced power generation due to the winter storm. Customers also lost power because of fallen power lines and other damage to the electrical distribution system.

In its own widely cited statement about the lawsuit, the Electric Reliability Council of Texas said it is reviewing the litigation. It also defended the decision to impose rolling blackouts, noting that the storm had knocked out nearly half of the state’s normal level of power generation from privately owned sources.

Pavon’s family filed suit days after many Texans – including Gov. Greg Abbott – criticized ERCOT, which oversees most of the state’s electrical grid.

“The Electric Reliability Council of Texas (ERCOT) has been anything but reliable over the past 48 hours,” Abbott said, calling for an investigation into the catastrophic failure of the electrical grid.

“Far too many Texans are without power and heat for their homes as our state faces freezing temperatures and severe winter weather,” the governor said, adding, “This is unacceptable.”

Abbott made those remarks last Tuesday. It wasn’t until days later, on Friday, that ERCOT lifted its order for rotating blackouts and energy conservation.

Pavon’s family is being represented by attorney Tony Buzbee, who accuses energy providers of making decisions based on making profits rather than keeping customers safe, according to an interview with TV station KTRK.

Buzbee also said he expects more lawsuits to arise in the near future, over how the winter storm system was handled.

As of Saturday morning, Entergy Texas said it had restored power to all customers who were affected by last week’s ice and snow storms.