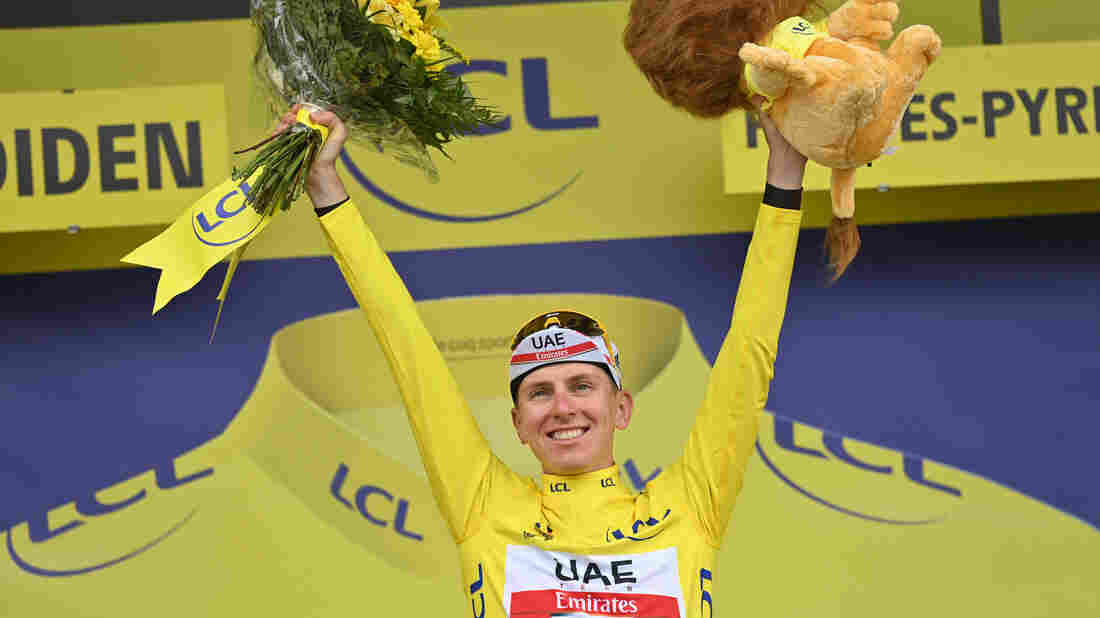 Slovenian Tadej Pogačar celebrates on the podium on July 15 after stage 18 of the Tour de France. Pogačar went on to take his second victory in a row.

Slovenian powerhouse Tadej Pogačar officially claimed his second Tour de France victory on Sunday after dominating the field for most of the race’s three weeks.

Pogačar, 22, pulled ahead in the general classification standings on a rainy stage eight and never gave up the leading rider’s yellow jersey, winning three of the race’s 21 stages.

Last year, Pogačar came to an unexpected victory after his rival Primož Roglič faltered in the penultimate stage time trial. At the time he was the youngest winner of the Tour in 116 years.

“I can’t compare both Tour de France victories, I can’t say which one is more beautiful,” Pogačar said, according to The Associated Press. “This time, I took the yellow jersey quite earlier. It has been totally different.”

Pogačar was a favorite to win going into the race. Roglič, also of Slovenia, was another favorite but was caught up in multiple crashes early in the race and dropped out to recover from his injuries.

Meanwhile, Mark Cavendish, 36, a native of the Isle of Man, resurrected a career that had seemed to be on a downturn, winning four stages of the Tour. 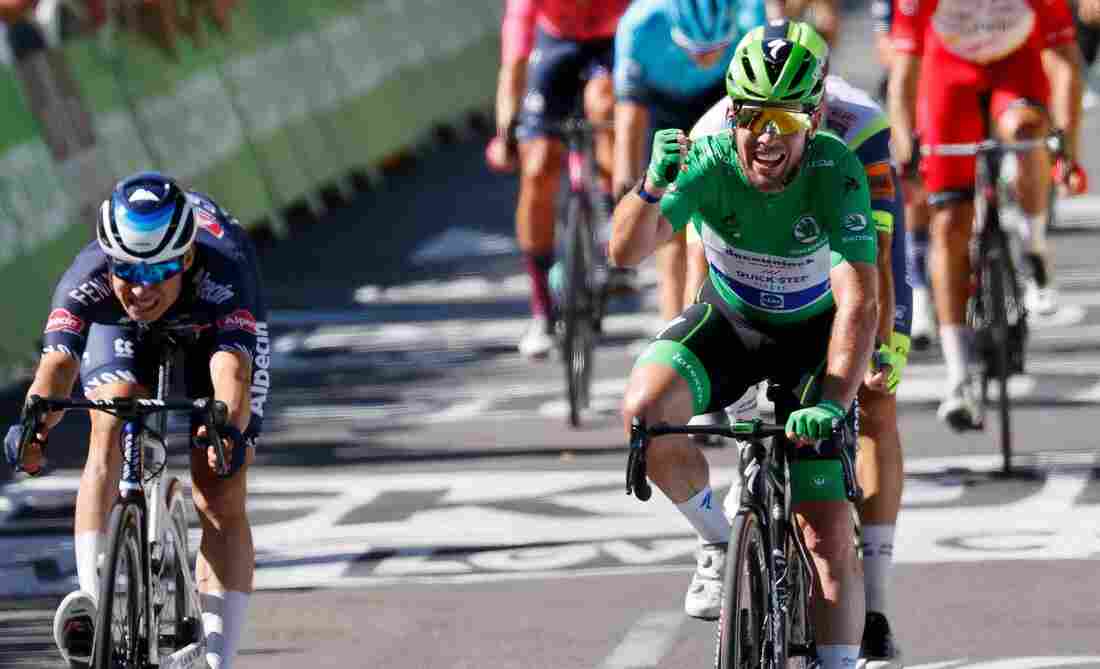 Mark Cavendish, pictured on his fourth win of this year’s Tour de France on July 9, matched the record Tour wins of the legend Eddy Merckx.

In doing so, Cavendish reached a total of 34 Tour de France stage wins in his career, matching the record set between 1969 and 1975 by Eddy Merckx, who is generally considered the greatest cyclist of all time.

Cavendish broke out in tears after his first win of this year’s Tour, his first in five years. He was only selected to be on the team at the last minute after another rider’s injury.

“I didn’t think I’d ever get to come back to this race,” he said in an emotional post-race interview.

“I don’t know what to say man”

And this year American audiences also saw the first American win a stage of the Tour since 2011: Sepp Kuss of Durango, Colo. 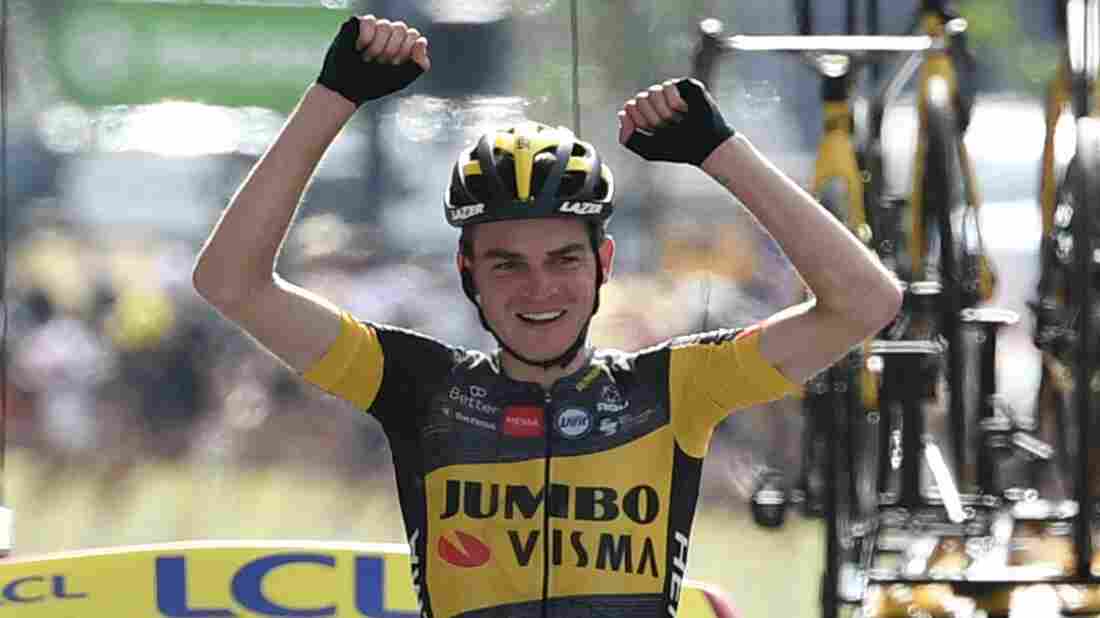 Sepp Kuss became the first American to win a stage of the Tour de France since 2011 this year, with a win in the 15th stage on July 11.

“He’s been tremendous,” writer Patrick Redford of the website Defector told All Things Considered. “I mean, he’s 26 years old, so some people are potentially talking him up as the next American winner of the Tour. He’s looked incredibly strong.”

Several of the riders from the Tour are now readying to travel to Tokyo, where they’ll take part in this year’s Olympics.