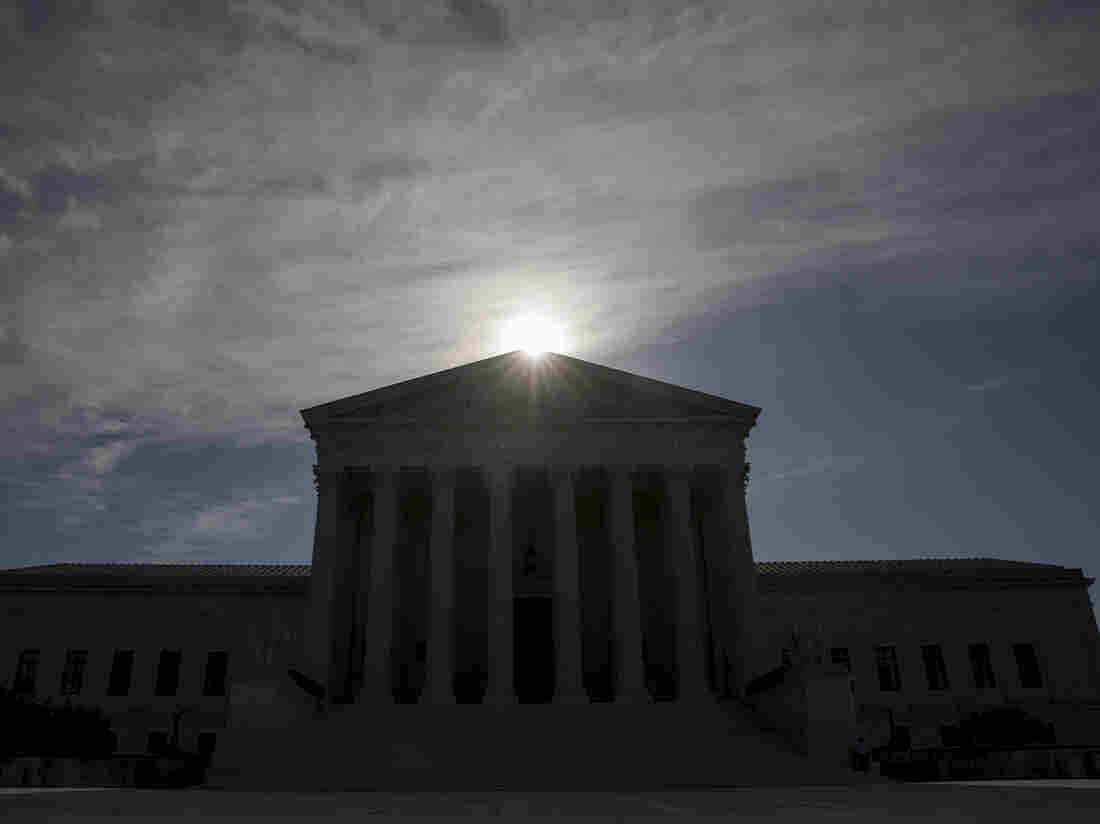 The Supreme Court heard arguments Monday in a case involving the Trump administration’s desire to exclude undocumented immigrants from a key census count.

At the U.S. Supreme Court Monday, skeptical justices questioned the Trump administration’s lawyer over a plan to exclude undocumented immigrants from a key census count — the first time unauthorized immigrants would not be counted for purposes of drawing new congressional districts.

“I would think you would be able to tell us whether that remains a realistic possibility at this point,” he said.

Justice Amy Coney Barrett, a Trump appointee, noted that the fact that undocumented immigrants have never been excluded in the Census “really cuts against your position.”

Questioned repeatedly by justices both liberal and conservative, Wall could not say with certainty whether the Census Bureau would be able to send to the president reliable figures on even a small category of undocumented immigrants — those in ICE detention — for exclusion. With a Dec. 31 deadline looming, he said the situation is “fluid.”

That prompted most justices to look for an exit ramp that would allow a later challenge to whatever Trump decides to do.

But that too posed problems, with states waiting anxiously to start the process of drawing new congressional districts. If we wait, asked Chief Justice John Roberts, wouldn’t that be like “unscrambling the egg”?

Monday’s arguments before the Supreme Court come just days after a lower court in Washington, D.C., tossed out one of the multiple lawsuits over Trump’s memo calling for the census apportionment counts to be altered.

Three lower courts previously declared that memo to be unlawful. The three-judge panels in New York, California and Maryland unanimously found that it violates a federal law that requires the president to report to Congress each state’s number of seats in the House of Representatives based on the “whole number of persons” in each state as determined by the census.

But the panel in D.C., made up of mostly Trump-appointed judges, found that the case is not ready for a court to review. In a split decision, the court decided that it should not step in until after the president actually delivers the numbers to Congress.

That process is likely to take place after Trump’s presidency.

The Census Bureau recently concluded it cannot finish putting together the first set of census numbers by the legal reporting deadline of Dec. 31.

After finding “processing anomalies” in this year’s census results, the bureau’s career staff determined they need to run more quality checks until at least Jan. 26, almost a week after the end of Trump’s term.

That timing would mean the process for reapportioning House seats and Electoral College votes among the states takes place under the watch of President-elect Joe Biden, who has condemned Trump’s memo and said that “in America, everyone counts.”