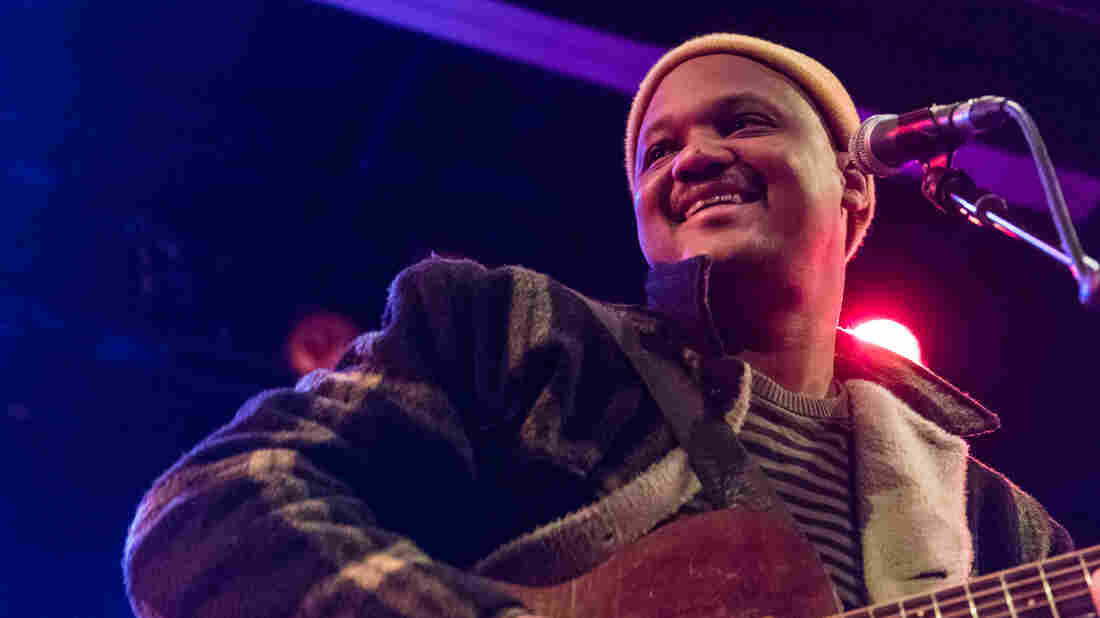 The first time I heard Son Little‘s song “The River” back in 2014, it completely floored me. With a mix of R&B and soul, it simultaneously sounded both timeless and of the moment, much more than a simple throwback tune.

Son Little’s musical palette continues to hit all of those musical sweet spots, but on his latest album, Aloha, out Jan. 31, he’s pushed his sound even further. There wasn’t a flange effect on early R&B records from more than 60 years ago, but there is on this record, recorded in Paris and produced by Renaud Letang.

In this session, we’ll discuss Son Little’s sound and influences, plus how you get over losing all your songs due to a fried hard drive. But first we get started with a special solo acoustic performance of “Hey Rose.” Listen in the player above.