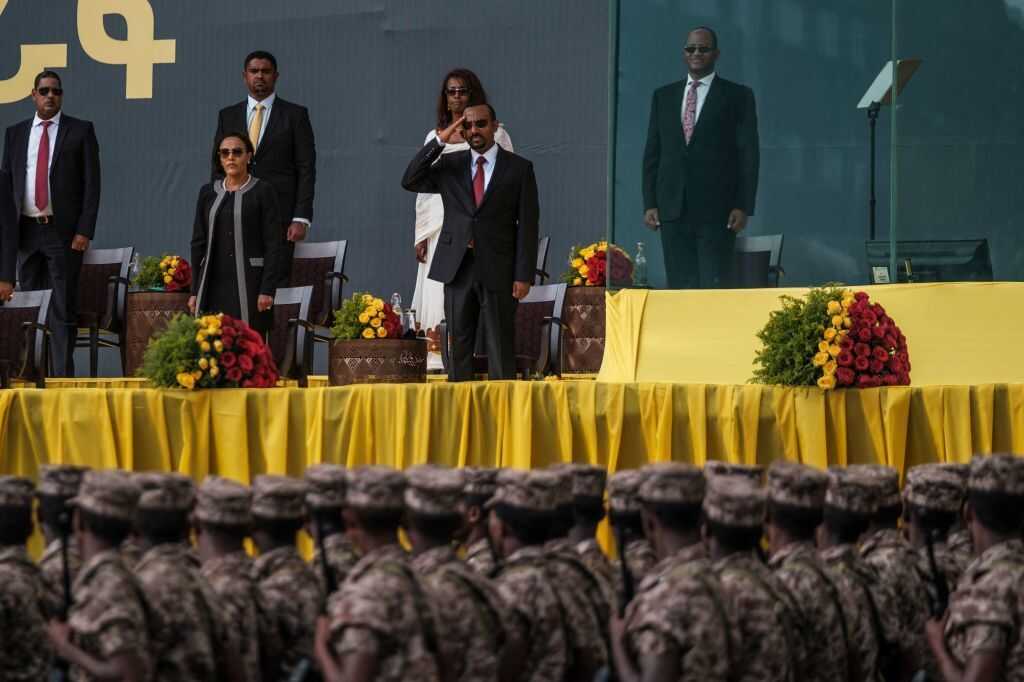 Ethiopian Prime Minister Abiy Ahmed salutes members of the national defense forces during the inauguration ceremony of the new government in early October.

As Tamu Shatallah walked past the inauguration stage draped in gold, his thoughts were on the deadly civil war that has plagued Ethiopia for nearly a year.

It’s a war “between brothers, between sisters,” Tamu said. A war that, as far as he can tell, has done nothing for his country.

That stage in Ethiopia’s capital city Addis Ababa was where Prime Minister Abiy Ahmed sat last week as he watched a procession of military bands, having just been elected to a second five-year term last week. Behind him, written in large letters was a message: “A new beginning.”

“I hope this new beginning brings peace,” said another local, Hatalesh Gabesa, as she looked at the sign on her way home from church. “Peace is more important than everything else.”

Ethiopia’s civil war is a conflict between the country’s new rulers and its old ones, who were based in the Tigray region in the north.

That’s where the war started, but it has now expanded south and east to neighboring states, displacing millions of Ethiopians. While there is no official death toll, some estimates put the number of dead in the tens of thousands.

The government has instituted a blockade around the areas controlled by Tigrayan rebels, which has meant cutting off the region to most humanitarian aid, medical supplies and fuel. It’s a growing humanitarian crisis that is steadily gaining more international attention — including from a whistleblower who addressed a U.S. senate committee hearing last Tuesday. 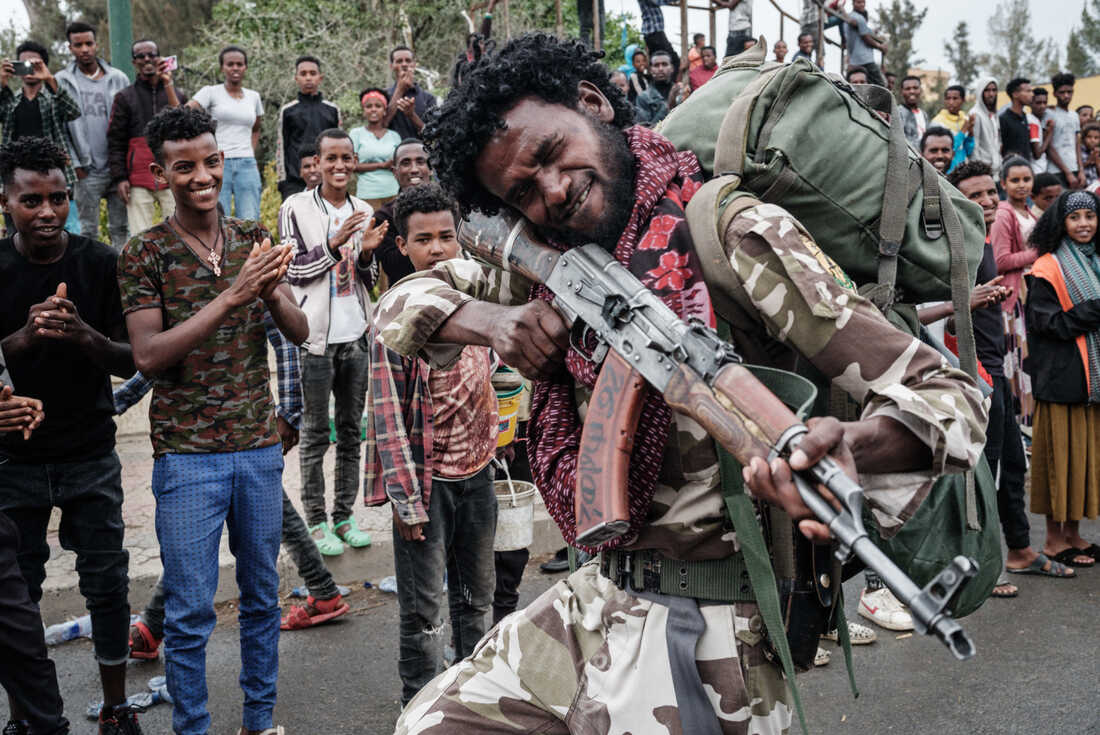 Frances Haugen, a former data scientist at Facebook, told members of a Senate subcommittee that her former employer bears some of the blame for the growing conflict in Ethiopia. More than once, Haugen accused Facebook’s algorithms of “literally fanning ethnic violence” in Ethiopia.

Freelance journalist Zecharias Zelalem is one of the people attempting to document that story in real time. He reports extensively on Ethiopia and agrees with Haugen’s assessment.

“Just looking at the instances of documented evidence over the course of the past three years in which prominent Facebook posters would post unverified, often inflammatory posts or rhetoric that would then go on to incite mob violence, ethnic clashes, crackdowns on independent press or outspoken voices,” Zelalem said.

In one recent instance, Zelalem saw an inflammatory Facebook post from a media outlet that falsely blamed members of an ethnic minority group for carrying out murders and kidnappings that took place on Sept. 27.

The post quickly got hundreds of shares and likes. A day later, on Sept. 28, Zelalem said the village cited in the post was ransacked, burnt to the ground and the inhabitants were murdered.

“Despite multiple efforts to report the post, it remains up and live as of this moment,” he said.

In Ethiopia, these are old ethnic tensions that are being stoked in new ways. As more pro-government and anti-Tigrayan rhetoric circulates online, Zelalem worries it is normalizing the violence the country has seen over the past year.

Facebook denies allegations that its platform has helped sow violence. A spokesperson sent NPR a statement saying that Ethiopia was a “company priority,” and that Facebook had added content reviewers in several local languages. The statement said Facebook had “worked to improve our proactive detection so that we can remove more harmful content at scale.”

“I can quite honestly say that Facebook has — if it has done anything, it’s not nearly enough, at least, because there have been more than enough documented incidents,” he said.

In the meantime, the crisis in Ethiopia is worsening. The international community has been pushing the country to allow more aid into the rebel-held regions, but that hasn’t worked.

The U.S. has threatened sanctions. And humanitarian groups say the country is still on a path toward famine.

The Ethiopian government, as it continues its social media messaging campaign, says the international community is exaggerating the crisis.

A version of this story ran on NPR’s daily news magazine All Things Considered.