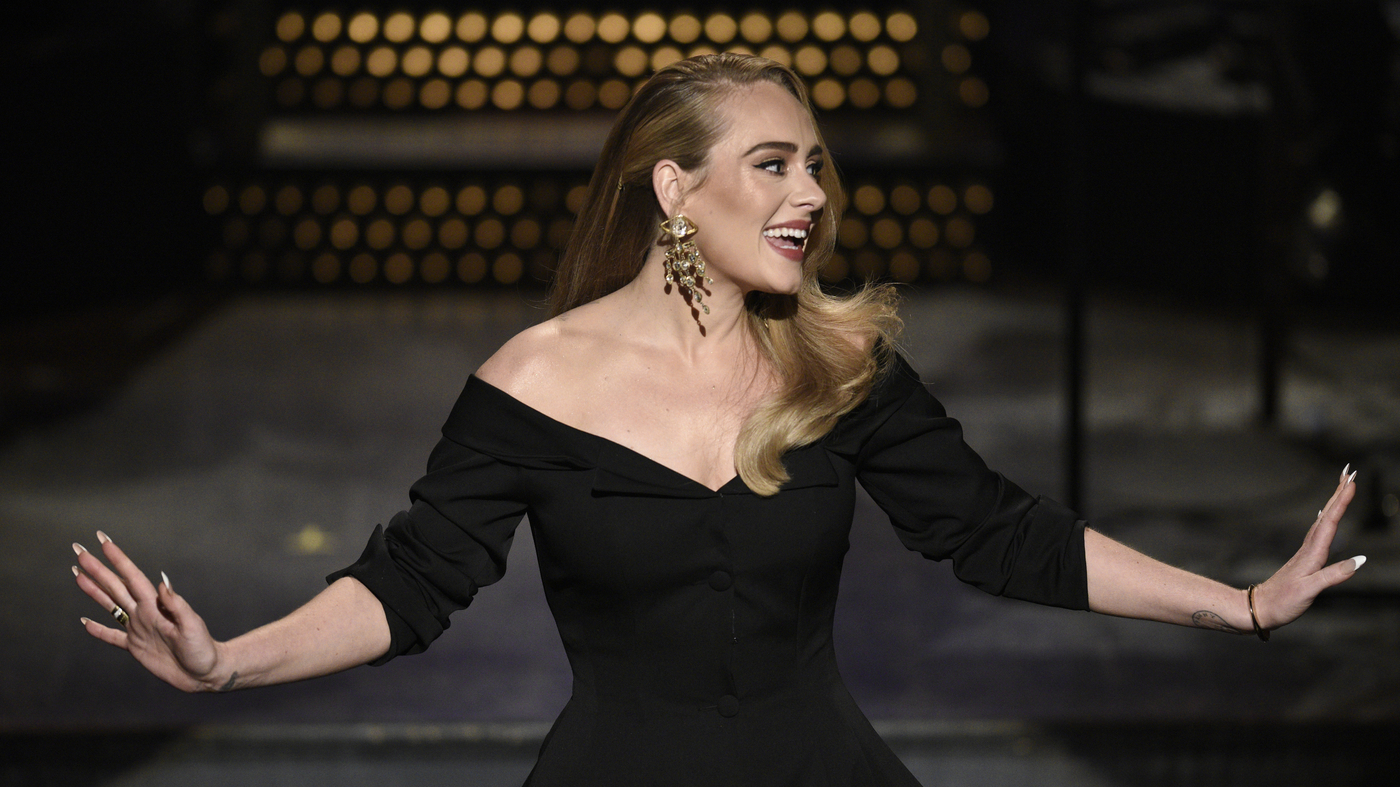 It’s been nearly five years since Adele released her blockbuster Grammy-festooned album 25 — so you’d be forgiven for wondering whether fans would be treated to new material during the singer’s return to Saturday Night Live. But she was the host, not the musical guest.

In her opening monologue, Adele offered an explanation that doubled as an update of sorts: “I know there’s been a lot of chatter about me just being the host,” the singer said. “Like why isn’t she the musical guest and stuff like that, and there’s a couple of reasons: My album’s not finished, and I’m also too scared to do both.”

Still, lest SNL be accused of leaving a high-performing sports car idling in the garage, it did find an opportunity for Adele to sing excerpts from four of her best-known songs — “Someone Like You,” “Hello,” “When We Were Young” and “Rolling in the Deep” — in a sketch set during a season opener of The Bachelor. (Later, the singer derailed a different sketch by busting out laughing repeatedly, but she otherwise held her own.)

Of course, SNL booked a different high-octane musical guest in H.E.R., who performed “Damage” — the single she’d released just a few days earlier — and an even newer song called “Hold On.” The studio version of the latter track dropped on streaming services Saturday night.

Always a smooth and low-key presence onstage, H.E.R. kept both performances fairly subdued, but “Hold On” did give her a welcome opportunity to bust out some of her signature guitar heroics.

And speaking of welcome guests, John Mulaney will host SNL next week with musical guest The Strokes.