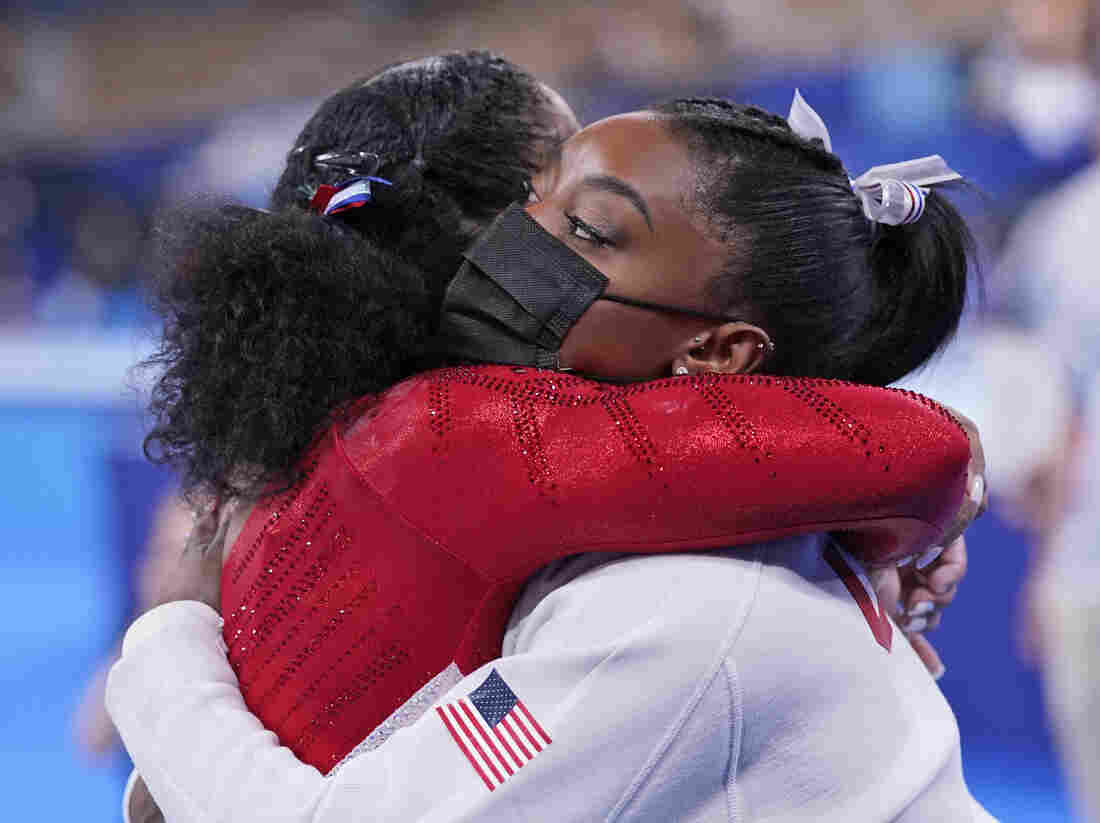 Simone Biles embraces teammate Jordan Chiles after she exited the team final at the Summer Olympics in Tokyo.

U.S. superstar gymnast Simone Biles has pulled out of the individual final in the floor exercise, leaving one event in which she might still compete at the Tokyo Olympics.

“Simone has withdrawn from the event final for floor and will make a decision on beam later this week,” USA Gymnastics said. “Either way, we’re all behind you, Simone.”

Since Biles withdrew, she’s been actively supporting and cheering on her teammates.

USA Gymnastics has not said whether another U.S. gymnast will take her place in the floor final. Jade Carey qualified for floor along with Biles, and their teammate Jordan Chiles had the next-highest score for a U.S. athlete.