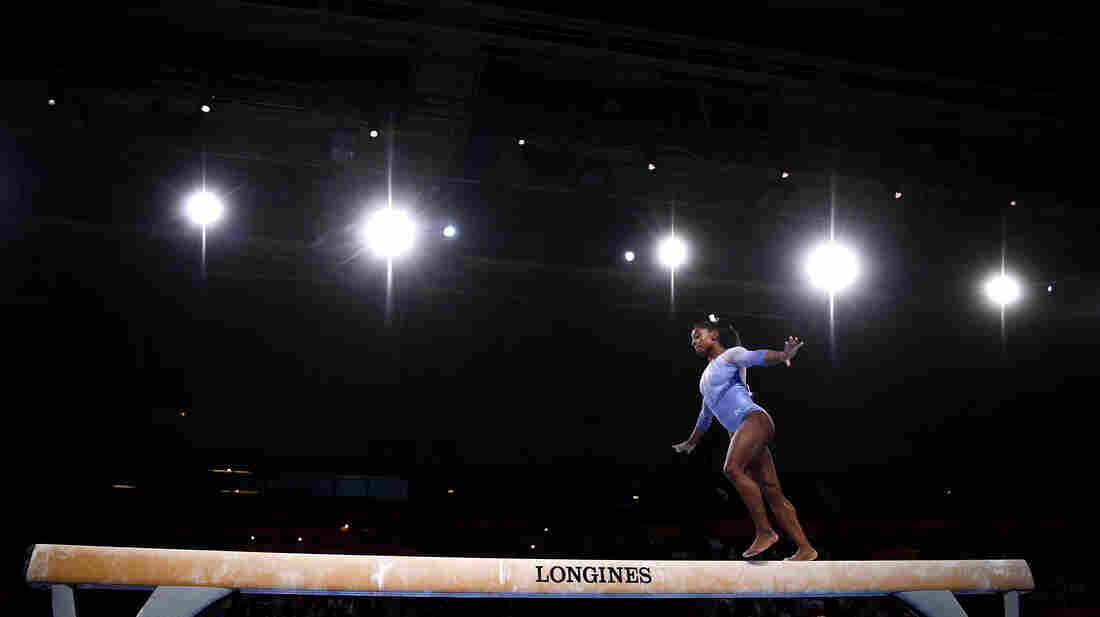 Simone Biles has two more signature moves named for her after she nailed them during performances at the world championships.

After yet another standout performance, star gymnast Simone Biles can now add two more signature moves that bear her name to her already lengthy list of accomplishments.

In order for a gymnast to have a move named after them, they must submit it for consideration and successfully land it at a major competition, such as the world championships or the Olympics.

On Saturday, Biles began her floor routine at the 2019 gymnastic world championships in Stuttgart, Germany by landing a triple-double, composed of a double backflip with three twists. That move will now be known as the “Biles II.”

The gymnast also nailed her double-double dismount from the balance beam. The move, which consists of a double-twisting double backflip, will now be named the “Biles.”

“I feel like I’m pretty pleased just because that’s how I train beam, and it finally felt good to go out there and hit a beam routine like I train because I feel like every time I go up to compete beam, I just bomb it,” Biles told the Olympic Channel. “So it felt really good to just nail it.”

Biles said she thinks that she can still do better, but was happy with what she accomplished at the tournament.

“My goal going into tonight was to not be great … it wasn’t to do great, but just to do well, and I feel like I accomplished that,” she said.

Biles has two other moves named after her, one on vault and the other on floor.

In addition to her individual success, Team USA came in first place in the qualifying standings with a total score of 174.205, followed by China and Russia.

Biles also came out on top in qualifying for all-around, beam and floor. She was second on vault and seventh on uneven bars.

At 22-years-old, Biles has 20 worlds medals, just three behind the record held by Belarusian Vitaly Scherbo. Her performance at this year’s world championships has the potential to make her the most decorated gymnast in the history of the competition.

More of Biles’ performance at the world competition can be seen here.