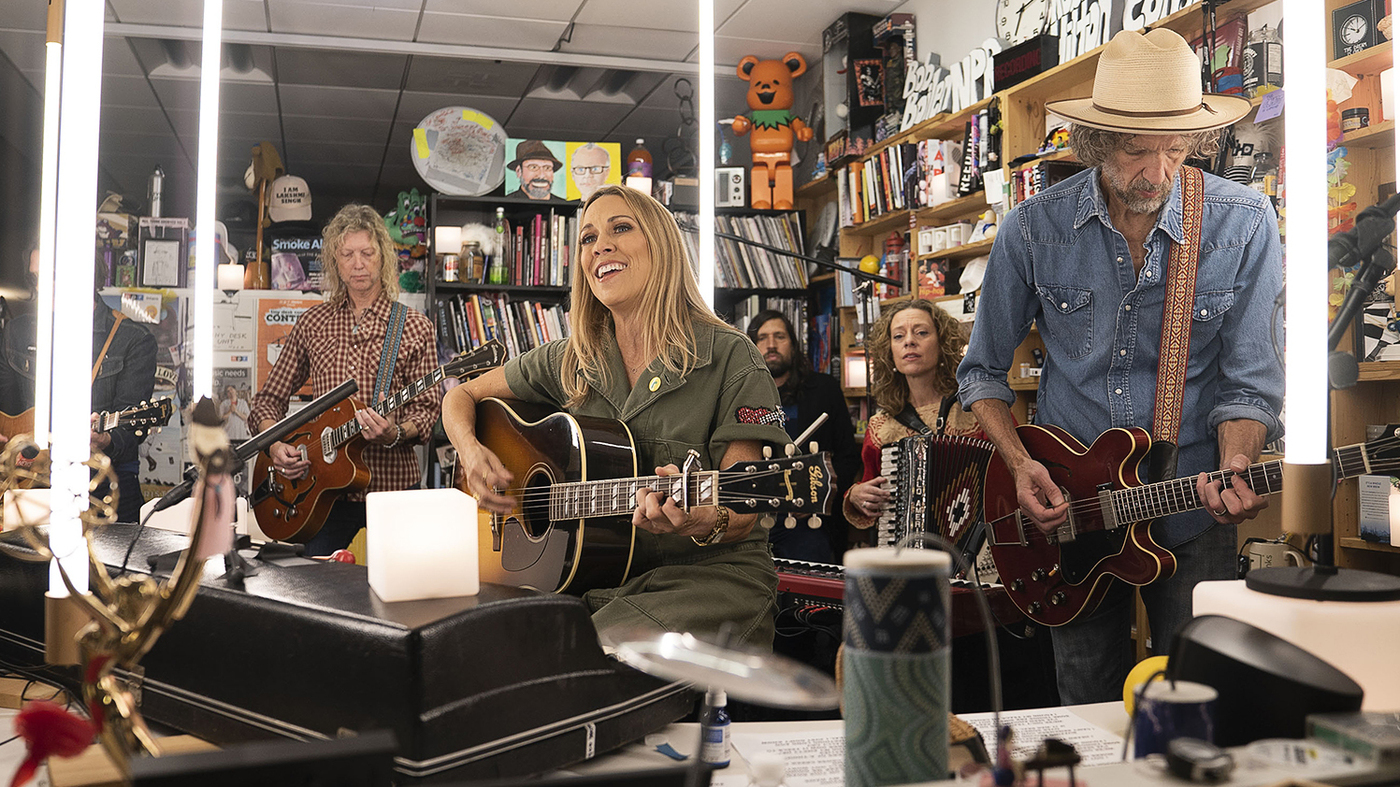 This Tiny Desk concert was part of Tiny Desk Fest, a four-night series of extended concerts performed in front of a live audience and streamed live on YouTube, Twitter and Facebook.

“I heard a big thing on NPR about the shrinking of the attention span and how now, with pop songs, everything has like six seconds before you gotta change it, because the kids swipe over,” Sheryl Crow tells the crowd early in her Tiny Desk Fest concert. “I’m just gonna tell you right now: We’re dinosaurs. … And while the kids are all writing fast food — which is super-cool ’cause it tastes great, super-filling — we’re sort of still writing salmon. We’re the songwriters that are here to tax your attention span.”

Twenty-five years ago this fall, Crow was in the midst of a massive career breakthrough: Her inescapable hit “All I Wanna Do” was entrenched in the Top 5 — it would later win the Grammy for Record of the Year — and her 1993 debut album, Tuesday Night Music Club, was well on its way to selling more than 7 million copies in the U.S. alone. The years since have been similarly kind. A heavily decorated but eternally approachable star, Crow has released 11 albums and won nine Grammys en route to her latest, a duets collection called Threads.

For NPR’s Tiny Desk Fest, Crow and her crack band of rock-and-roll lifers performed a 35-minute set (including two unexpected encores) that featured new material from Threads and a handful of hits that have morphed over the years into pop standards. From the easygoing opening strains of “All I Wanna Do” to the rousing final notes of “If It Makes You Happy,” we were in some of the surest hands in the business.