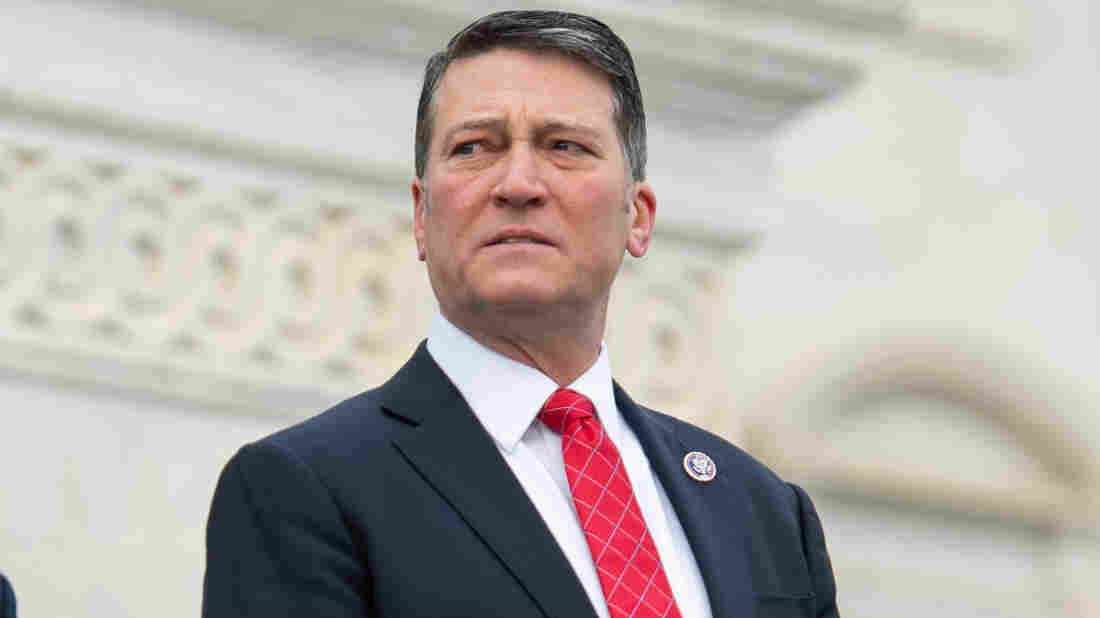 Rep. Ronny Jackson, R-Texas, failed to “treat subordinates with dignity and respect” while he was a White House physician, a Pentagon report states. The inspector general’s office says Jackson also made sexual and denigrating statements about a female subordinate.

Rep. Ronny Jackson made sexual and denigrating statements about a female subordinate, smelled of alcohol while on duty, and humiliated his staff during his long stint as a White House physician, according to a scathing new report from the Defense Department’s inspector general.

In one incident, the report states that when Jackson was on a presidential trip to Manila in 2014, he made inappropriate comments about a female medical subordinate’s breasts and buttocks, got drunk with junior staff, and banged on the female subordinate’s door in the middle of the night, raising a commotion in the hotel.

When the woman woke up and answered the door, Jackson told her, “I need you,” according to the Pentagon report. After another staff member also came into the hallway, the report adds, Jackson insisted they all go to his hotel room.

Jackson, a 53-year-old retired Navy rear admiral, began his White House tenure during the George W. Bush administration, working as a physician in the White House Medical Unit that is overseen by the Defense Department. He was later appointed to the post of physician to the president by former Presidents Obama and Trump.

The inspector general’s office says Jackson “disparaged, belittled, bullied, and humiliated” his subordinates and fostered a toxic work environment that undermined the unit. It also says he “engaged in inappropriate conduct involving the use of alcohol” during two presidential trips – one to Manila and another to Bariloche, Argentina, in 2016.

The word “alcohol” appears 56 times in the 37-page report, which draws on initial complaints and interviews with at least 60 witnesses who previously worked in the White House Medical Unit.

Out of 60 former staff members of the WHMU who had interactions with him and were interviewed, the report states, “Only four witnesses told us that they did not experience, see, or hear about RDML Jackson yelling, screaming, cursing, or belittling subordinates.”

The Pentagon report was sparked by a raft of allegations that surfaced in 2018, when Trump nominated Jackson to be secretary of Veterans Affairs. Jackson later abandoned his nomination. The accusations led to today’s Pentagon report — but they did not halt Jackson’s political career: the Republican was elected to Congress last November, representing a district in the Texas Panhandle.

Jackson has denied the allegations of misconduct. The Pentagon’s inspector general says the former White House physician turned down chances to comment on its findings, but Jackson issued a statement Tuesday night, as news of the report’s conclusions began to emerge.

“Three years ago I was the subject of a political hit job because I stood with President Trump,” Jackson said, according to The Texas Tribune. “Today, a Department of Defense Inspector General report has resurrected those same false allegations from my years with the Obama Administration because I have refused to turn my back on President Trump.”

As it issued its findings, the Pentagon inspector general’s office cautioned that it had been prevented from handling the case as it normally would, citing interference from the White House. It did not interview current employees at the WHMU, for instance, citing the “chilling effect” on those witnesses after the Office of the White House Counsel insisted on being present for their testimony.