Rock is dead, but the photographer’s iconic images of Bowie, Blondie and more live on 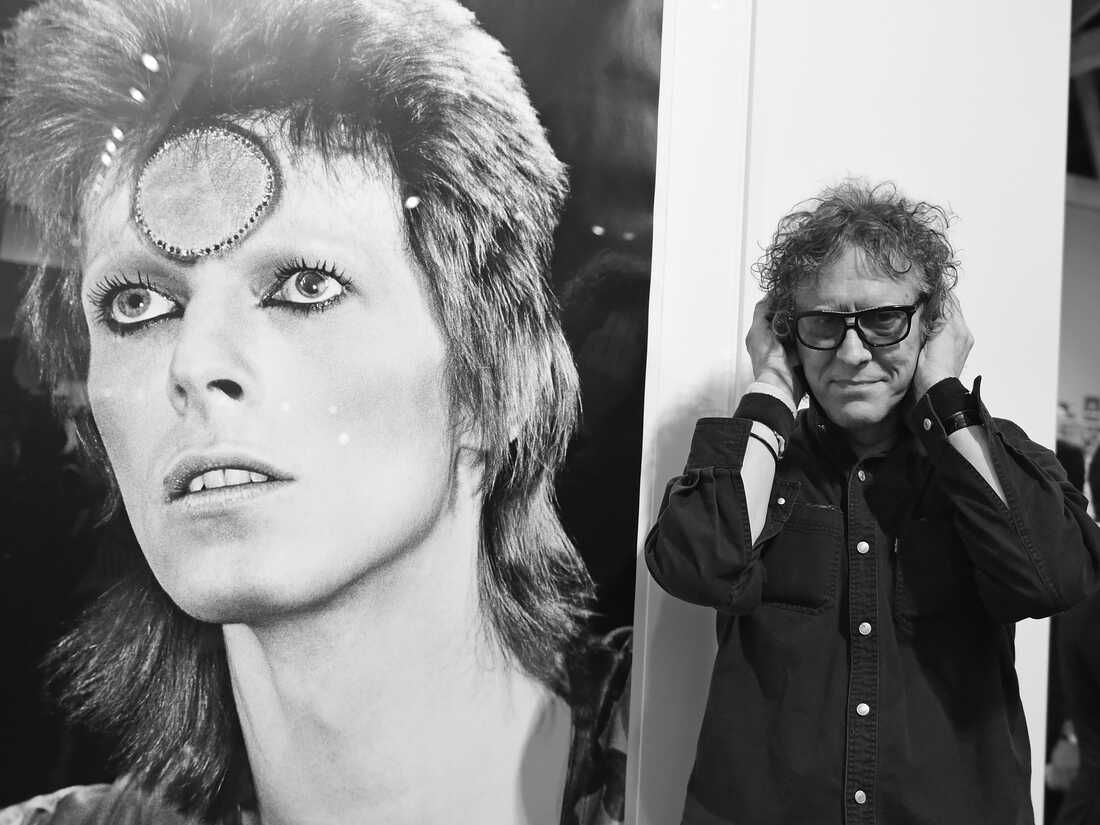 Photographer Mick Rock at the opening reception for Mick Rock: Shooting For Stardust – The Rise Of David Bowie & Co. in Los Angeles in 2015.

Once dubbed “The Man Who Shot The ’70s,” rock ‘n’ roll photographer Mick Rock has died at age 72. His death was announced on his Twitter page.

“It is with the heaviest of hearts that we share our beloved psychedelic renegade has made the Jungian journey to the other side,” the statement begins.

During an era of sex, drugs and rock ‘n’ roll, Mick Rock was both player and observer, photographing everybody: a back-bending, shirtless Iggy Pop, Bowie’s Ziggy Stardust, Lou Reed’s comically haunting Transformer cover. A sensuous Rock portrait of Blondie vocalist Debbie Harry was chosen for the cover of Penthouse in February 1980.

As Claire O’Neill reported for NPR in 2012, “Rock never planned on being a photographer. He was studying language and literature at Cambridge University, and found himself in the right place at the right time. He got high, picked up a friend’s camera, ‘and began to play,’ he says.”

You can see some of Rock’s iconic images in O’Neill’s story, here.

The tribute on Rock’s Twitter feed calls him “a photographic poet—a true force of nature who spent his days doing exactly what he loved, always in his own delightfully outrageous way.”