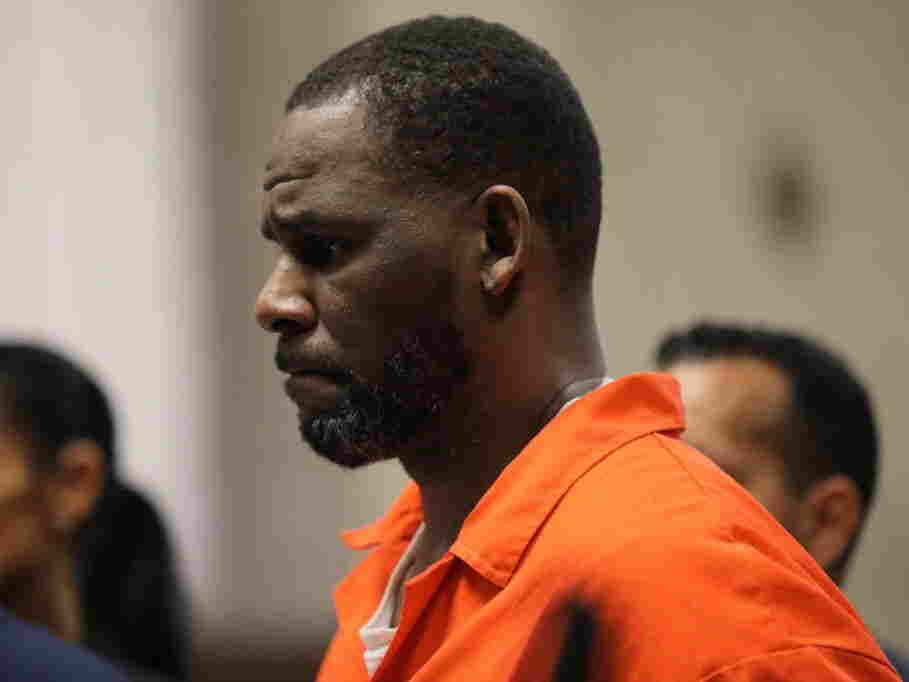 R. Kelly attends a hearing at the Leighton Criminal Courthouse in Chicago in September 2019.

The minor added to Thursday’s federal indictment in Illinois was about 14 years old when the abuse allegedly started in about 1997 and lasted for more than three years.

The Illinois charges are in addition to another federal, five-count indictment in New York, to which Kelly pleaded not guilty in August. Across both federal indictments, Kelly is now charged with abusing 10 girls and women over the course of more than two decades, from about 1997 to 2018.

And, for the first time, the government is seeking to seize the assets connected to the allegations, including those of Kelly’s production company, Bass Productions Ltd., as well as similar assets of his business manager, Derrel McDavid, and another co-defendant and associate, Milton “June” Brown.

According to the prosecutors, McDavid and Brown paid out hundreds of thousands of dollars to find, and keep out of law enforcement’s grasp, videotapes that Kelly allegedly made with the girls and young women. They are also accused of paying off victims and witnesses.

In addition to the two sets of federal charges, Kelly still faces four separate indictments of sexual assault and abuse in Cook County, Ill., to which he pleaded not guilty last June, as well as an array civil suits and allegations from other women. He also has two pending criminal charges against him in Minnesota.

The Illinois federal charges now involve five females who were between the ages of about 12 and 16 when they are said to have met Kelly.

On Twitter, Kelly’s attorney, Steve Greenberg, wrote in part: “We continue to fight for him and look forward to the day he is free.”