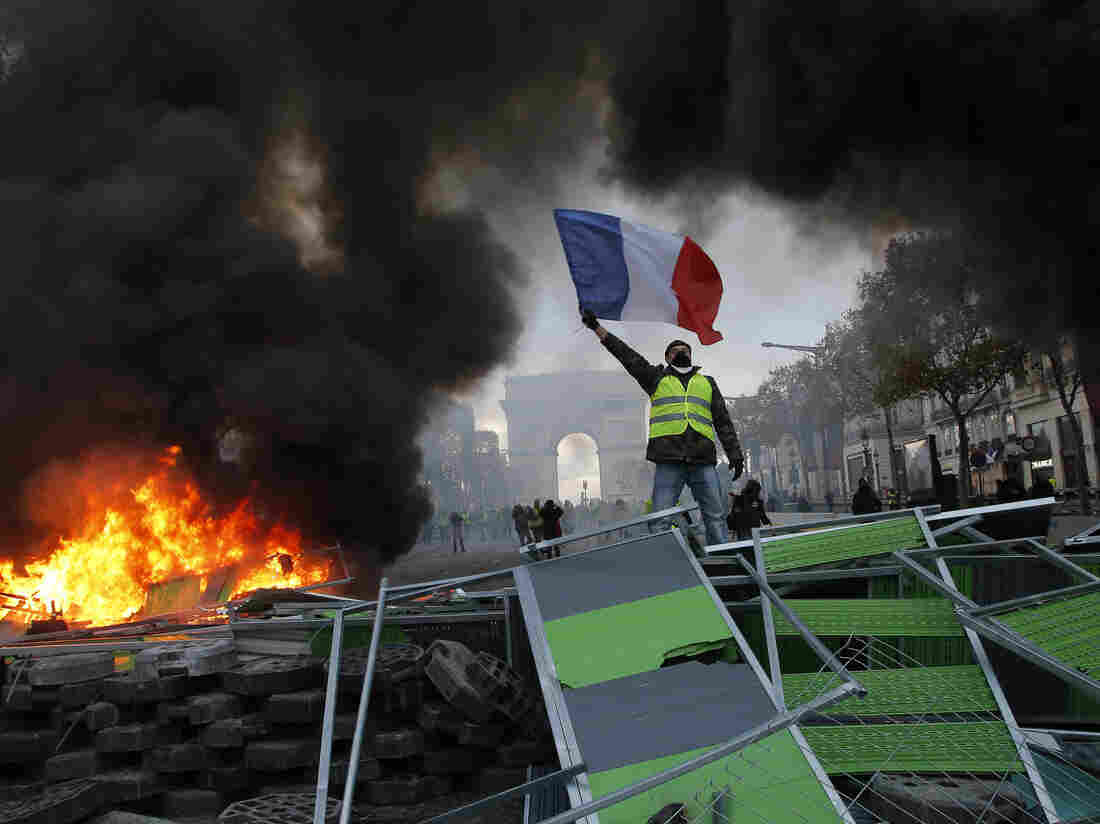 A protester holds a French flag above Paris’ Champs-Elysees avenue on Saturday. Many demonstrators believe that French President Emmanuel Macron is far removed from the problems of the “little people.”

Protesters gathered in Paris on Saturday after more than a week of demonstrations across the country against high fuel prices.

According to The Associated Press, about 5,000 demonstrators rallied in the nation’s capital, brandishing French flags and signs denigrating French President Emmanuel Macron.

As NPR’s Eleanor Beardsley reports from the city, protesters are building barricades in the streets while police fire tear gas and water cannons. They’re wearing fluorescent yellow jackets, which everyone in France must carry in their cars, and screaming, “Macron, resign.”

Many believe that the president is far removed from the problems of the “little people.” 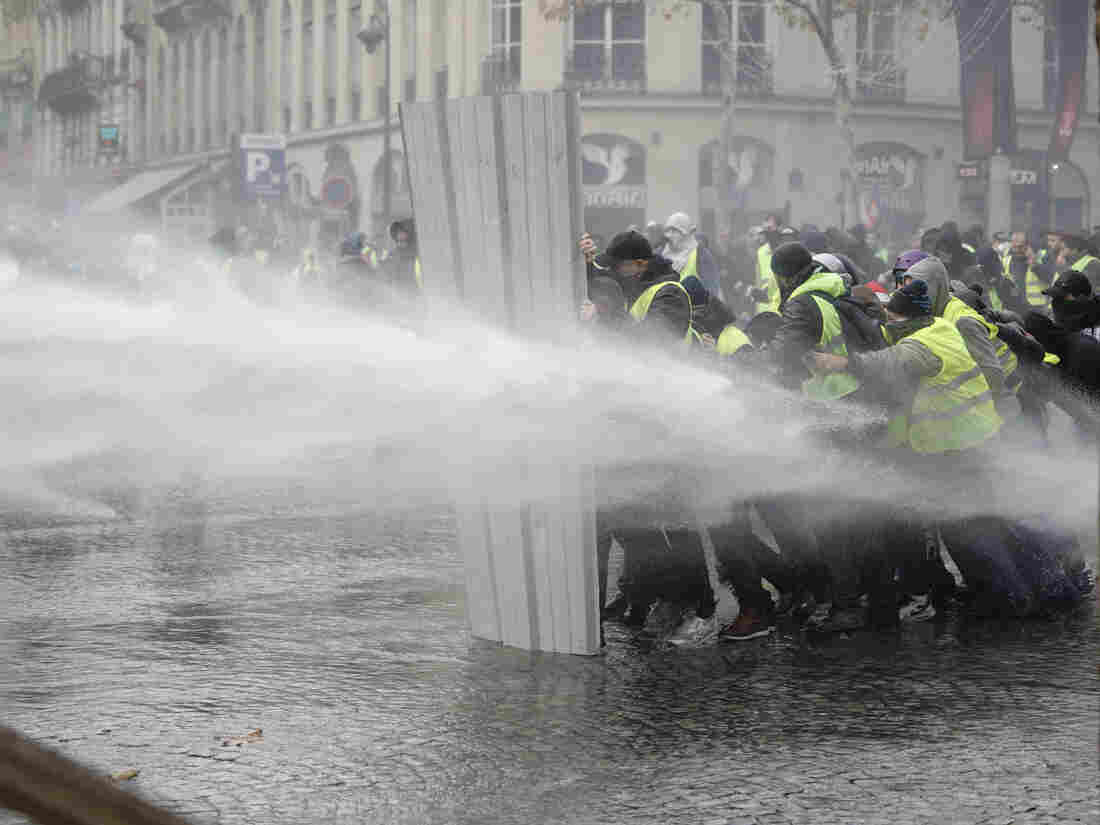 Protesters in Paris form a barrier against police water cannons.

The French already pay some of the highest gas prices in the world — and a tax hike set to go into effect in January will make them higher.

As French congressman Marc Le Fur told Beardsley, “A year ago, the president encouraged people to take jobs far from home, and now, he’s making it too costly to do so.”

The movement has no clear leaders, and “no one knows where it’s going to go now,” Beardsley says. “This is a different kind of protest than we’ve ever seen before.”

Protests started last Saturday, when almost 300,000 people took to the streets in more than 2,000 separate protests across the country. More than 200 people were injured and more than 100 were arrested, according to figures from the French Interior Ministry. Two people died in accidents stemming from the demonstrations.

A statement from the French Interior Ministry earlier in the week reinforced that French citizens have the right to protest — but encouraged demonstrators to do so safely.

Macron has promised some concessions, which will be announced next week.