Protests In Hong Kong Continue, Remain Peaceful Throughout The Weekend 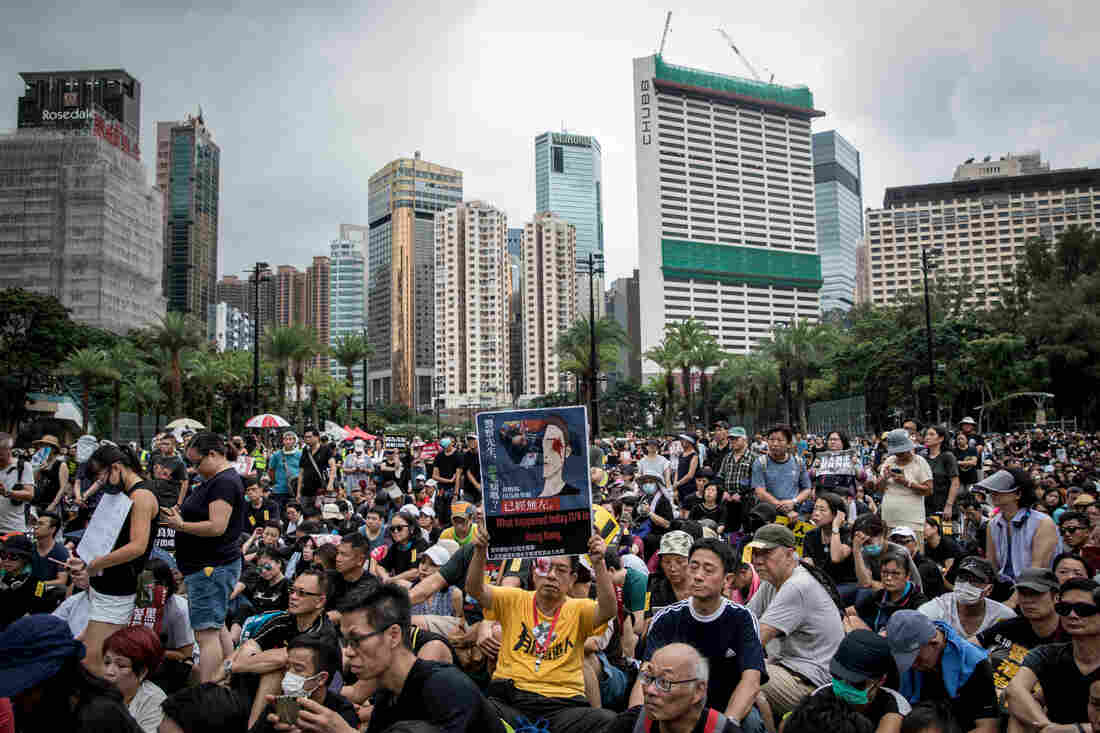 A weekend of protests in Hong Kong ended peacefully on Sunday night, marking a change from the violence that emerged during demonstrations in more recent days.

Massive crowds gathered in Victoria Park earlier on Sunday for a rally that was approved by police, before marching through the city’s streets. From there, demonstrators made there way to Hong Kong’s Central district, despite not having an approved permit to do so.

The permit for the march into Central district was denied by officials who cited the clashes between demonstrators and police officers in previous weeks, according to The New York Times.

This weekend marked the 11th in a row for the demonstrations. Pouring rain did not deter the protests, which caused roads to shut down and traffic to reroute as the park and streets flooded with people. Organizers estimated that 1.7 million people came out on Sunday. Hong Kong police estimated that 128,000 protesters attended the demonstration in Victoria Park.

#antiELAB protesters, shielded by umbrellas from sudden downpours, advance like a phalanx out of Victoria Park, headed for government offices in central Hong Kong. pic.twitter.com/g4bP09G5n1

The demonstrations began in June, initially in response to a controversial bill that would have allowed for extraditions from Hong Kong to mainland China. The measure sparked a backlash among protesters who saw the bill as a violation of the “one country, two systems” agreement that was formed in 1997 when Hong Kong was returned to China from the British.

The bill has since been suspended indefinitely, but not yet killed completely. Demonstrators continue to demand that the bill be permanently withdrawn. But their demands have also grown to include calls for the direct election of the city’s leaders, seats on the Hong Kong legislature and an investigation into police conduct during the demonstrations.

Going into the weekend, questions remained on whether the demonstrations would stay peaceful after violence broke out at the Hong Kong airport last weekend. The protests caused the airport to cancel flights and left people stranded in the city.

As NPR’s Anthony Kuhn reports, organizers of Sunday’s protest wanted to show that they could still hold peaceful demonstrations and that the movement was not tarnished by prior violence. 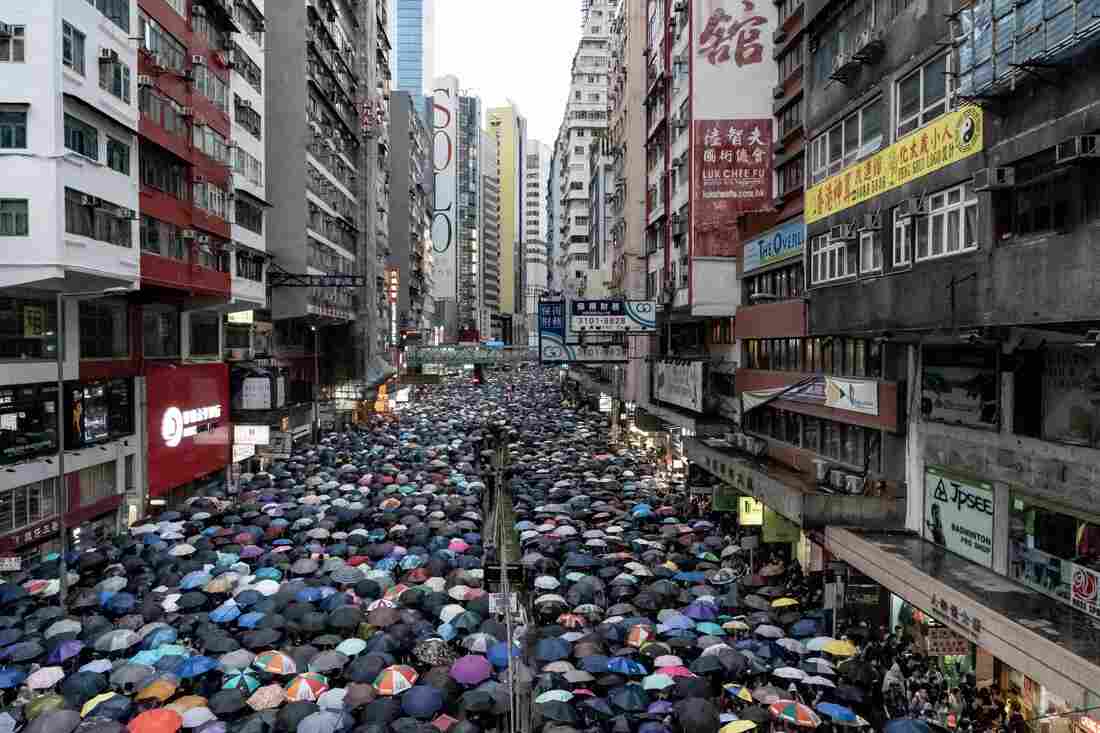 Organizers estimate that nearly 1.7 million people came out on Sunday for the 11th weekend of Hong Kong’s protests.

“There’s a consensus everyone will be restrained,” Wong Yik-Mo, one of the leaders of the pro-democracy Civil Human Rights Front told The Washington Post. “It’ll be in the police’s hands whether to provoke us, whether to fire tear gas.”

The Post reports protesters scolded one another when they saw some people using laser pointers to try and provoke the police officers around them.

Though things remained peaceful, Kuhn reports that protesters were still angry over what they say has been a heavy-handed response by police.

Kuhn said chants of “Corrupt cops, give us back our eye” were heard throughout the day, referring to a young female medic allegedly shot in the eye with a projectile by riot police.