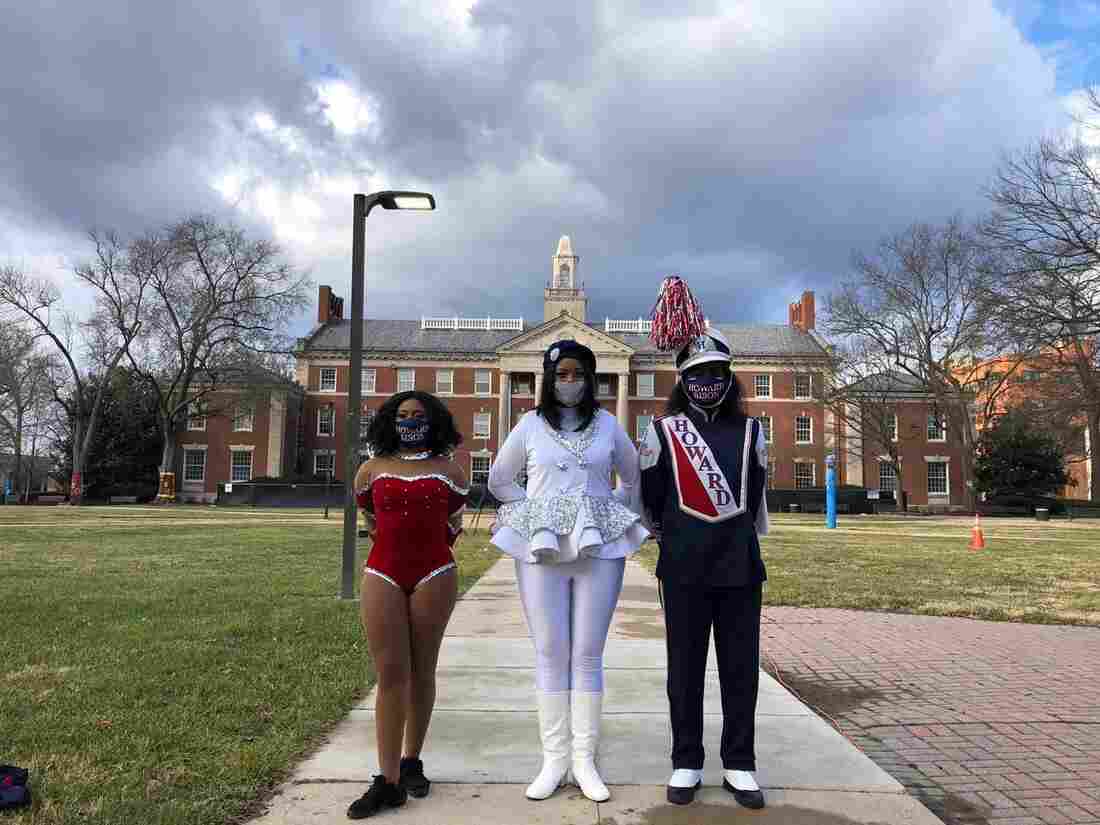 The sounds of base drums, cymbals and helicopters all rang out Wednesday Morning through a main quad at Washington D.C.’s Howard University, Vice President Harris’ alma mater.

Harris’ face adorned one of the famous alumni banners at the historically black university on Inauguration Day, as some student members of the university’s Showtime Marching Band — the drumline and dance and flag squads — prepared to participate in the inaugural parade.

The campus has been quiet, because of the coronavirus pandemic and extra Inauguration Day security. Still, spirits are high. The students are set to escort Harris and perform a “special drum cadence,” the university said.

Some performers say it’s the first time they’ve been in the nation’s capital during Inauguration Day. They say they feel honored be part of this historic event today.

“I’m really excited just to be here,” Ayanna Snead, a Junior from Philadelphia who is part of a dance group that will perform in the parade. 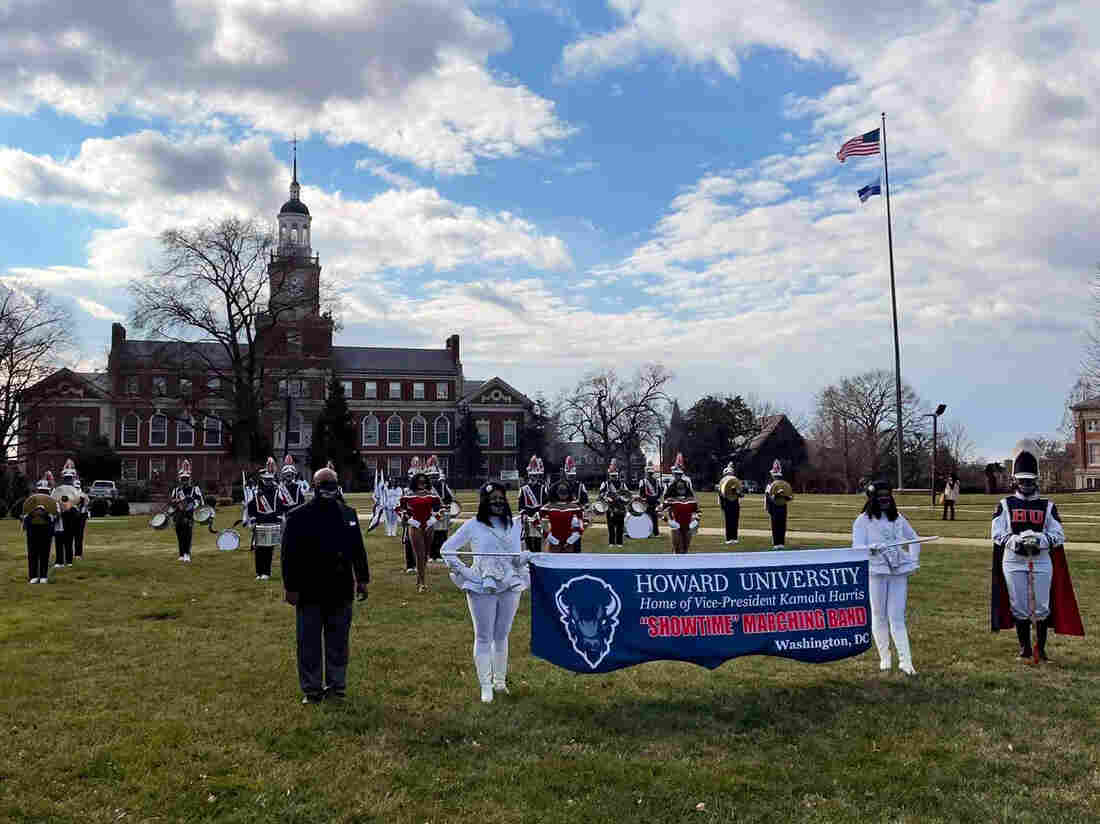 She’s also a member of Alpha Kappa Alpha, the sorority that Harris is a part of, and calls Harris a “big sister.” “It just means more than the world that I have this opportunity to be there with her,” Snead added. AKA has declared Jan. 20 “Kamala D. Harris Day.”

Harris is making history on Inauguration day in multiple ways. She is the U.S.’s first female vice president. She’s also the first Black person and the first Asian American to hold the office.

It is official! Howard alumna, @KamalaHarris is now the Vice President of the United States of America! #HU2WH pic.twitter.com/Vfx9xLrhpI

Thompson-Quartey will be helping to carry the banner that leads the Howard drumline in the Inaugural Parade. “It’s just really inspiring that we get to escort her there — we, us Black women get to escort her, a Black woman, to the White House,” she said.

“The struggles she had to endure to reach these unprecedented levels within our nation’s government have blazed a trail for others to follow,” he said. “We need only point to Kamala Harris when telling our children that anything they can imagine, they can achieve.”

Campus bells rang 49 times at 11:45 this morning, in honor of Harris becoming the 49th vice president.