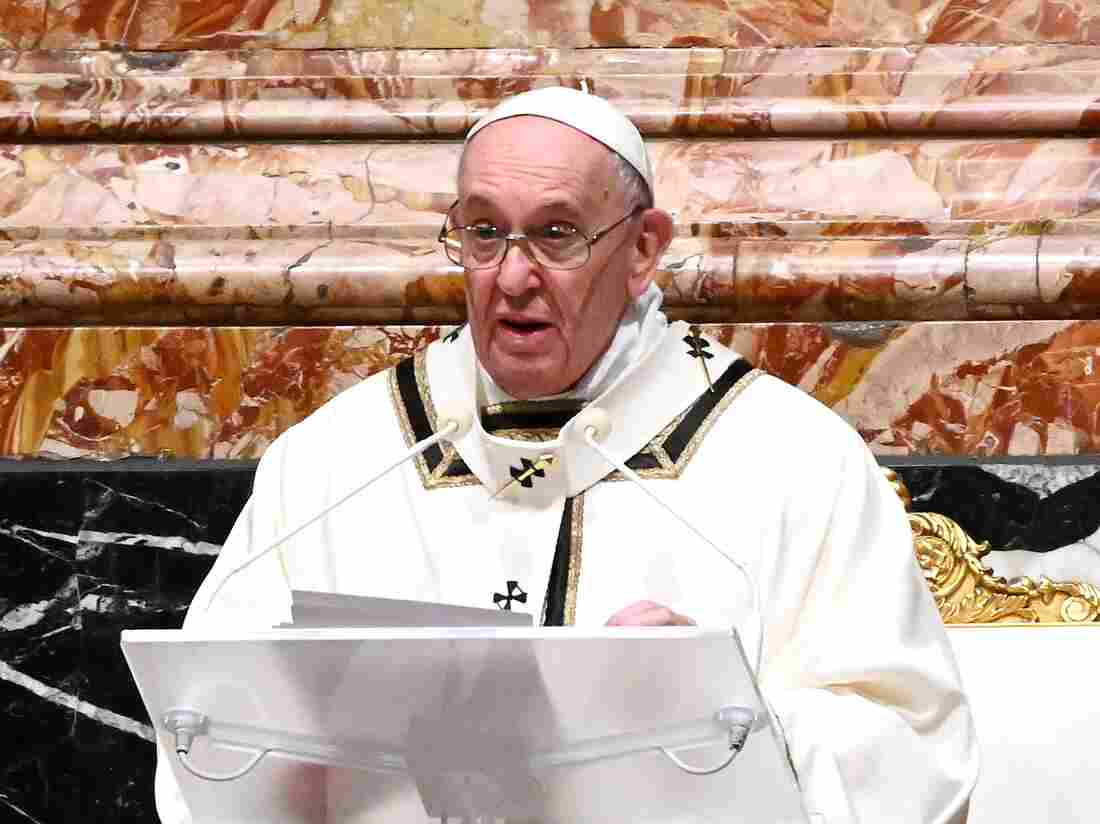 Pope Francis is seen giving a homily on Christmas Eve. Francis on Sunday condemned the violence at the U.S. Capitol and prayed for reconciliation.

Pope Francis offered prayers Sunday for those who lost their lives during the siege at the U.S. Capitol — and encouraged Americans to come together in a spirit of reconciliation.

“I extend an affectionate greeting to the people of the United States of America, shaken by the recent siege of Congress,” Francis said, as reported by the Catholic News Agency. “I pray for those who lost their lives — five lost in those dramatic moments.”

Violence is always “self-destructive,” the pope said. “Nothing is gained with violence and so much is lost. I urge the authority of the state and the entire population to maintain a high sense of responsibility in order to calm the spirits, promote national reconciliation and protect the democratic values rooted in American society.”

Francis asked the Virgin Mary, the patroness of the United States, to help “keep alive the culture of encounter” and “the culture of care” so that Americans can “build the common good together.”

The pope’s remarks come after he earlier told Italian news program TgCom24 he was “astonished” by the attack on Capitol Hill. “I was astonished, because they are people so disciplined in democracy,” he said, adding that even in the most mature society, things can go wrong and some people “take a path against the community, against democracy, against the common good.”

Francis condemned the violence, and offered a message of hope: Now that this division is out in the open, “it can be seen, so it can be remedied.”